Flying into Borneo, we were filled with excitement, but didn’t really know what to expect. We landed in Kota Kinabalu, checked in at the friendly Lavendar Lodge, and had a walk around town our first night there.

We came upon a really cool restaurant known for its fresh catch. The place looked like a pet store with hundreds of tanks full of a variety of the daily catch. It was insane. We wound up not eating there, but marveled at the concept. 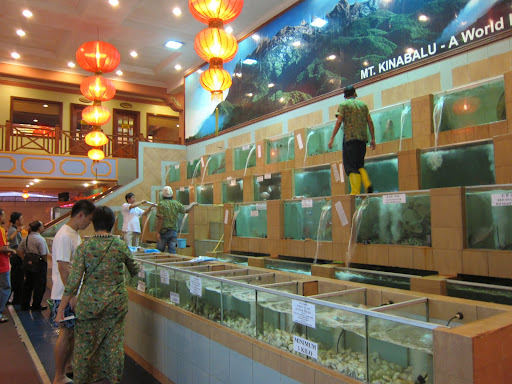 Another favorite spot of mine was my waffle fix. In the mall near our hostel, I found a little food stand that does the best waffles ever. They fold them like a sandwich here but drizzle them with delicious fillings while piping hot. Filling choices were peanut butter or chocolate. The chocolate waffles were outstanding and hit the spot for just $1.20 each. Yum.

While we’re on the topic of food, we have to mention the amazing chicken wings found throughout Malaysia. KK was no exception, and we enjoyed a cheap and delicious dinner of barbecue chicken wings and fried rice at the night market. Total (for 2): US $6. 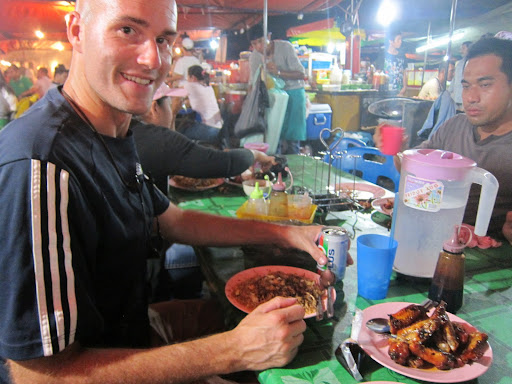 Kota Kinabalu, the capital of Sabah (one of the two Malaysian states on Borneo), was bombed during WWII, and therefore has no buildings standing that withstood the war. 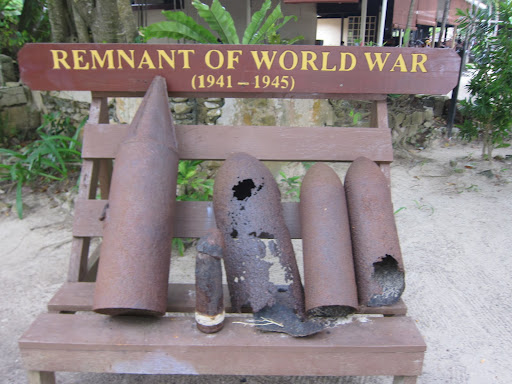 The only structure in town left standing was the old clock tower. The new buildings in town are mostly boring, ugly concrete structures. 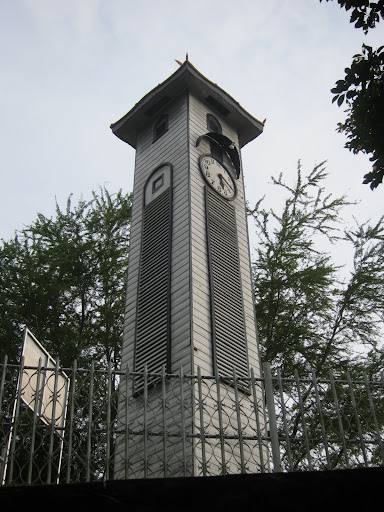 The main draw of KK, as backpackers refer to it, is the park bearing the same name. Kota Kinabalu boasts beautiful nature trails, rich wildlife and a difficult ascent to Mount Kinabalu. We decided to skip the climb as it is known to be quite difficult. We even read that a climber perished a few years back after losing their way in a storm. After finding our combi (joint taxi) ride there, we had a nice cheap lunch with mountain views and headed into the park. We had a lovely walk through the dense forest and enjoyed the guided tour through the botanical gardens, where we learned more about the local flora. But we saw very little wildlife in the park. 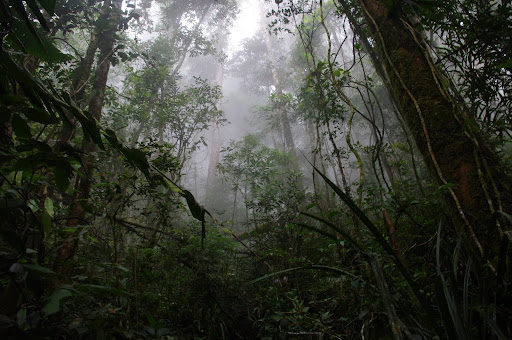 After flagging down a huge yellow bus headed back to town, we thought we were set. But the bus let us off at a station way outside of town and it took us a while to find the local bus heading back to the center. 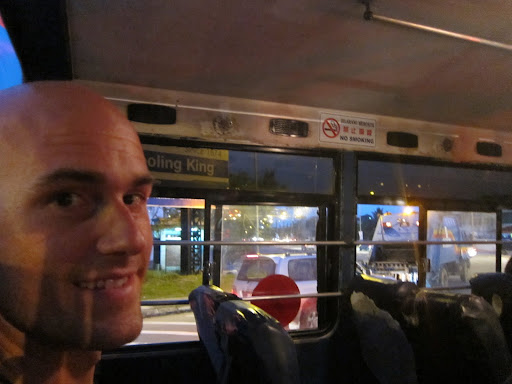 One day, we went to the ferry terminal and bought a ticket to visit two nearby islands in the Tunku Abdul Rahman Marine Park (TARP). They are known to have great snorkeling and a cool island vibe. 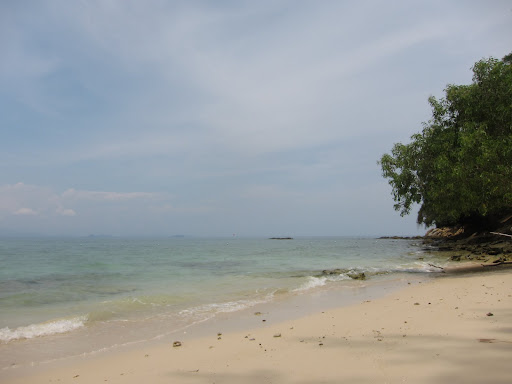 Once we arrived on our first island, we realized it was a bit different than we had expected. The tour groups and their huge touristy group lunches had us regretting coming at all. But we made the best of it and threw on our snorkel gear. We managed to have a nice snorkel, but the day as a whole was quite disappointing and the islands were far more touristy than we had hoped. 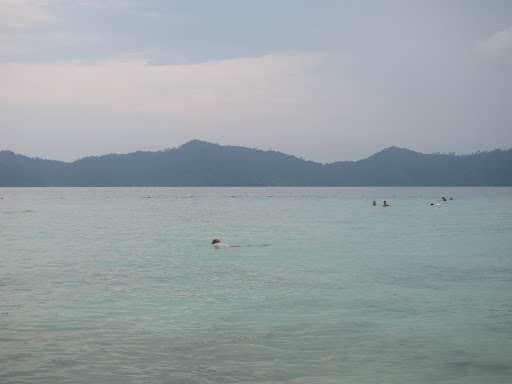 Kota Kinabalu was a nice introduction to Malaysian Borneo, but after a few days we were ready to move on to a more exotic and exciting part of the region…