After road testing our Britz campervan rental on beautiful Phillip Island, we doubled back and passed Melbourne, on the way towards Torquay and the start of the legendary Great Ocean Road. We spent the night in Geelong, some 20km away, so we could get an early start for the day’s driving ahead.

The Great Ocean Road is a 243 km (150 mile) coastal road, hugging rocky cliffs and passing spectacular beaches. It was built by hand by returning World War I veterans during the Great Depression, and took 16 years to complete. Nowadays, it is one of Australia’s biggest tourist attractions, drawing millions of foreign visitors and vacationing Aussies. 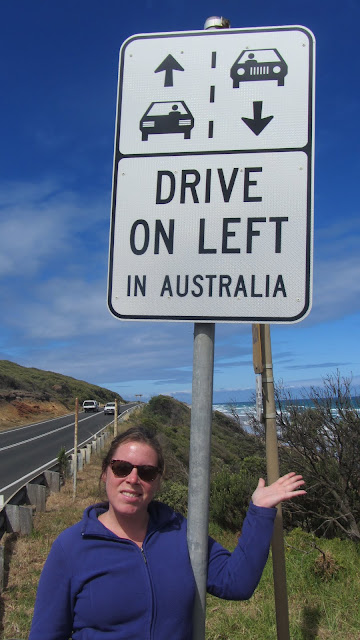 The bad news for us was we were visiting during the peak holiday season. With “schoolies” (summer school holidays) in full effect, it would require a lot of effort and expense to find a campsite. While we were equipped with a camper, unfortunately there are no free camping spots along the way, meaning we can’t just pull off into a parking lot or side road to spend the night. 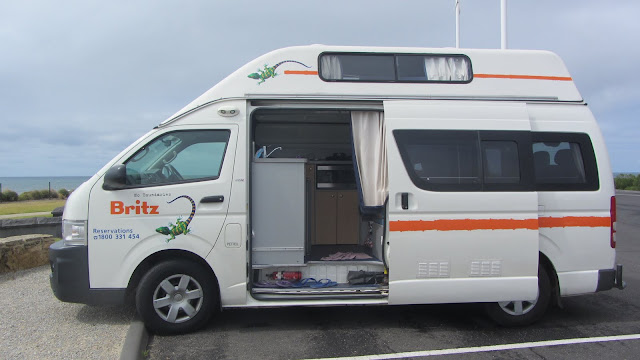 We pulled into Torquay and the official start of the road undeterred. 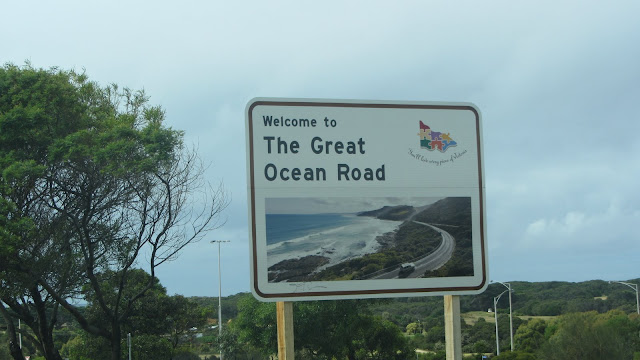 Here, we pulled into a rest area and put together a plan of attack. Realizing that campsites were either completely booked out or insanely expensive, we decided to just drive as far as we could the first day and try to find a campsite before nightfall. 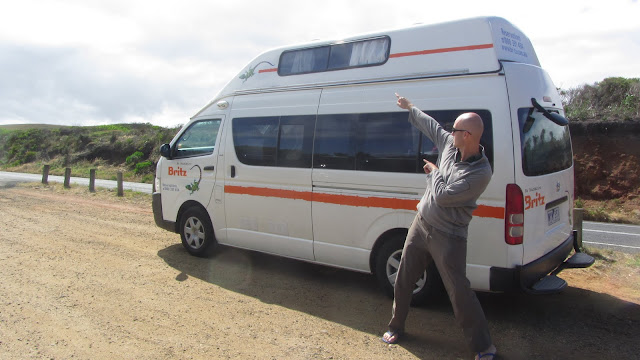 So, we started making our way west, soaking in the beautiful scenery and stopping every once in a while to snap a photo or take a break. 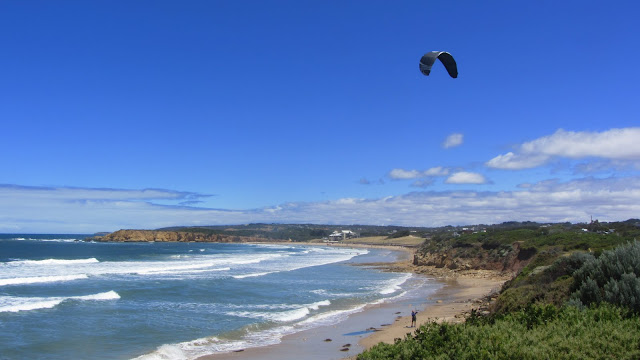 In Airey’s Inlet, we took a little walk to Split Point, where we admired the attractive lighthouse and striking cliffs. 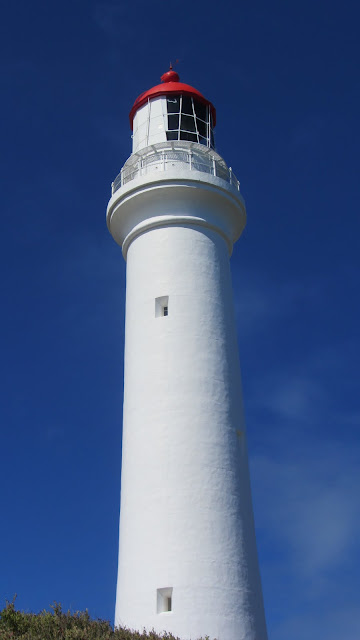 Back in the car again, and we continued on. Clouds started rolling in and rain looked imminent. With the skies darkening and the evening approaching, we started focusing on finding a place to spend the night. We looked around at a few beachside campsites which were completely jam-packed with vacationing Aussie families. Most were full and the few that were willing to squeeze us in (usually next to the toilets or on an uneven plot), wanted to charge extortionate prices. Looking at a map, we noticed the Cape Otway National Park. Figuring at the very worst we could illegally camp somewhere quiet on the park grounds, we pushed on. 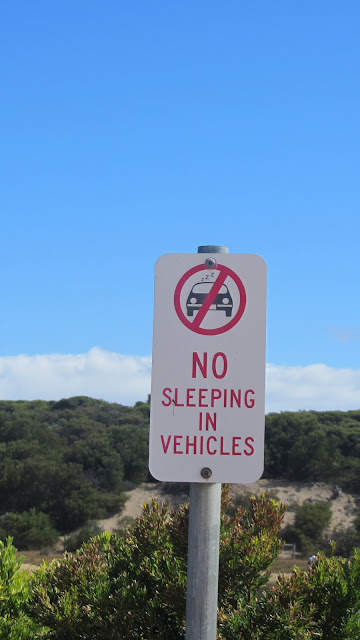 As we pulled into the National Park and started driving under a huge cover of gum trees, we noticed something a little odd. Yes, up in the trees…a bunch of fuzzy bottoms. Hold on a minute! Those are koalas! 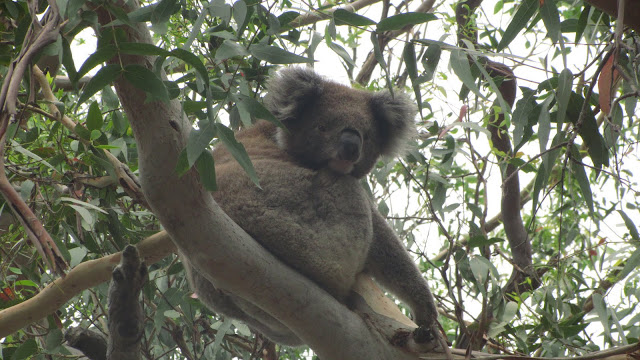 We were absolutely delighted to be seeing so many of these cute guys in the wild. To make matters even better, we then spotted a sign for a camp ground called “Bimbi Park – Camping Under Koalas”. 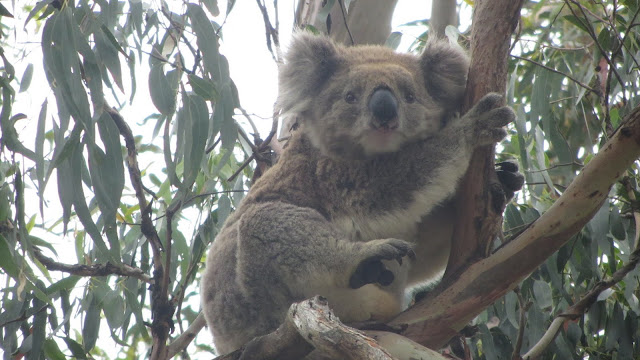 Luckily, they had a fantastic, quiet, unpowered campsite available for us. And true to the name, there were koalas all around us, including in the tree we parked directly underneath! 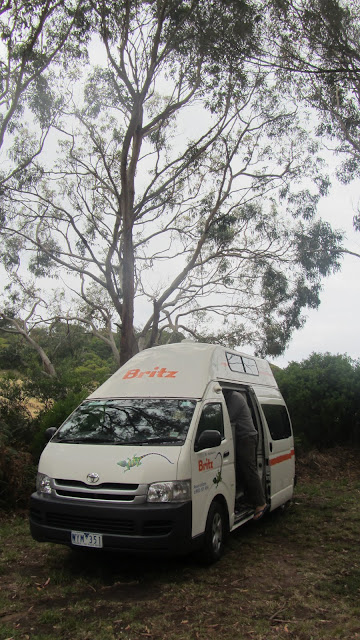 We celebrated our good luck with a campervan dinner of Indonesian Mi Goreng noodles and delicious New Zealand Sauvignon Blanc. 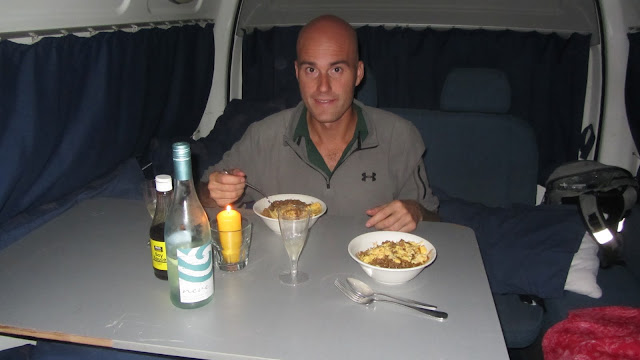 The next day, we took some time to walk the campsite and spot as many koalas as we could. It was absolutely incredible how many of them were in the trees. 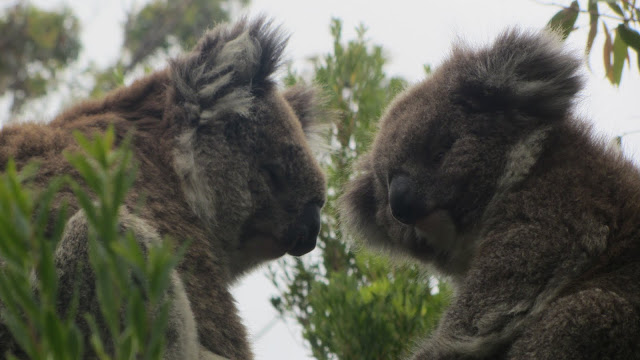 From there, we jumped in the campervan and scooted down to Cape Otway and its famous lighthouse. 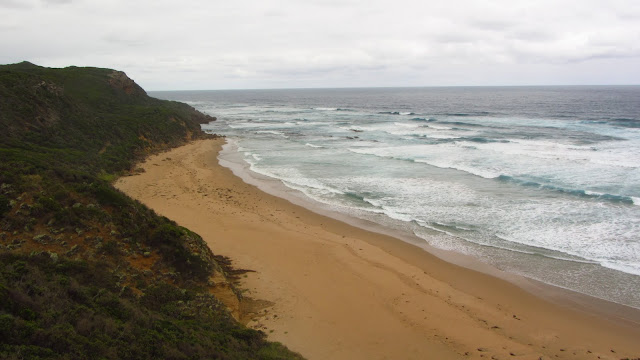 Continuing on, the road led inland a bit, and away from the coast. After a hairy ride down a gravel road, we stopped near a waterfall. 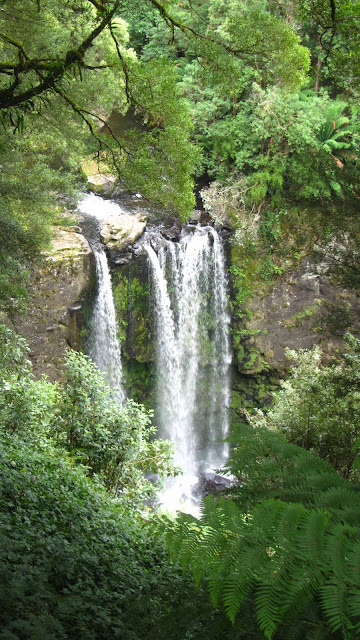 Back on the Great Ocean Road again, we approached one of the most famous sights, the magnificent Twelve Apostles. 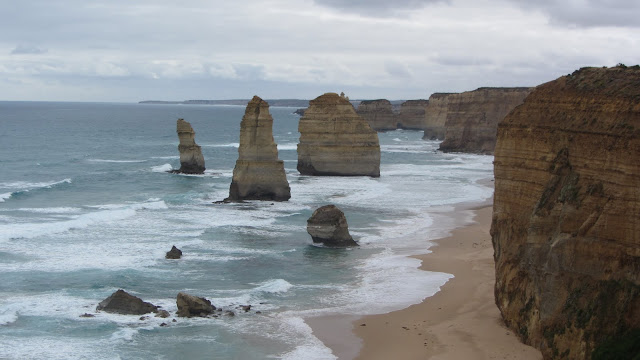 These natural limestone stacks, standing up to 50m (150 ft) tall, can be enjoyed from a few different scenic lookouts. 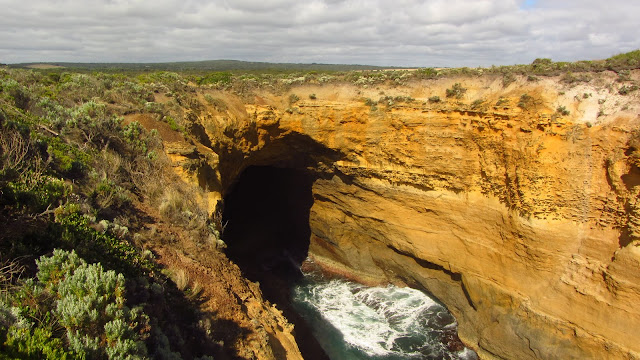 Since they are exposed to the raging Southern Ocean, they are extremely susceptible to erosion, and a number of them have collapsed over the years. 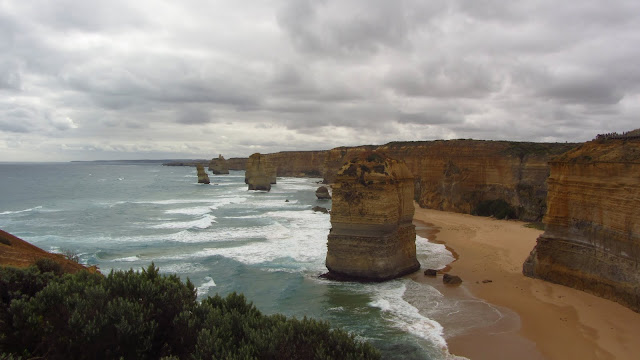 Finally, with the sun setting on the day, we reached the official end of the road at Warrnambool. Once again, we found ourselves in a fight for a decent campground spot. Unfortunately, we weren’t as lucky as the previous night, and ended up shelling out AUS $52 for a loud and busy campground. 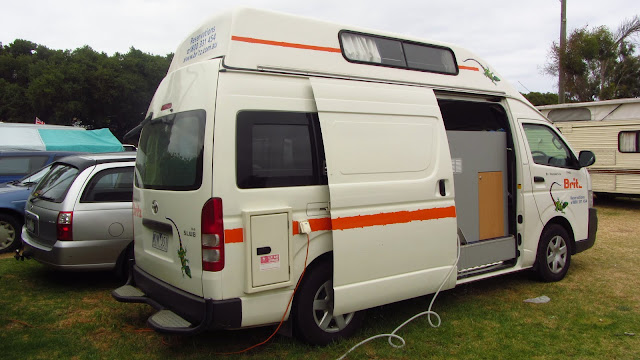 The next day, we checked out Warrnambool’s Maritime Museum. It featured items recovered from some of the shipwrecks on the nearby Shipwreck Coast. 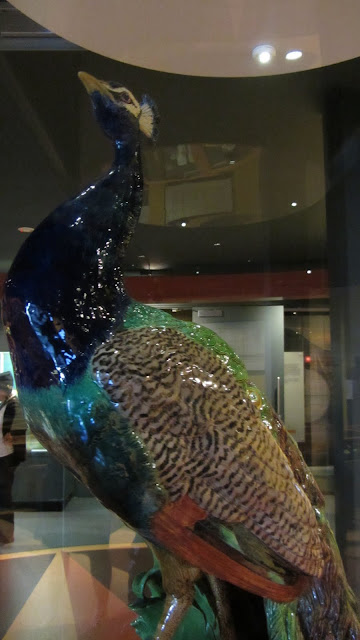 Later in the morning, we hopped back in the campervan and continued on, hoping to make it to the state of South Australia before sunset.