When the Korean Armistice Agreement was signed in 1953, both North and South Korea agreed to move their troops 2 km back from the front lines. This 4 km (2.5 mi) wide and 250 km (160 mi) long buffer zone became known as the Korean Demilitarized Zone (DMZ), with the former front line, now called the Military Demarcation Line (MDL), running down its center. This no-man’s-land is a strange and scary place, and during our full-day tour from Seoul we spent a good amount of time exploring some of its highlights. 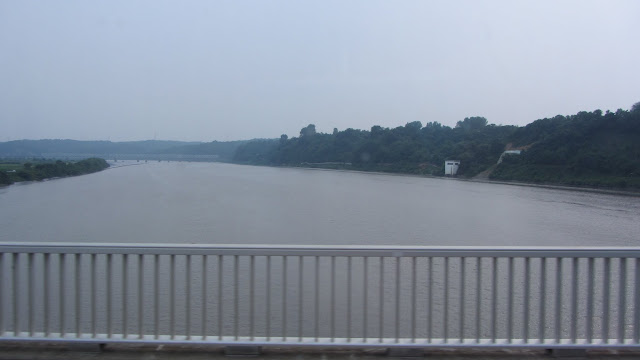 Our bus weaved in and out of the road barriers on the Unification Bridge, headed towards the Joint Security Area (JSA) at Panmunjom, the main point of contact between the North and the South and where the Armistice was signed. The DMZ itself seems quiet and peaceful, there are even farms in here and the roads are nearly empty, except for the odd military Jeep. But looks can be deceiving – despite its name this is actually one of the most militarized spots on the planet. As we look out the windows we spot red triangular warning signs with “MINE” in English and Hangul. Our guide tells us there are millions of mines scattered here. 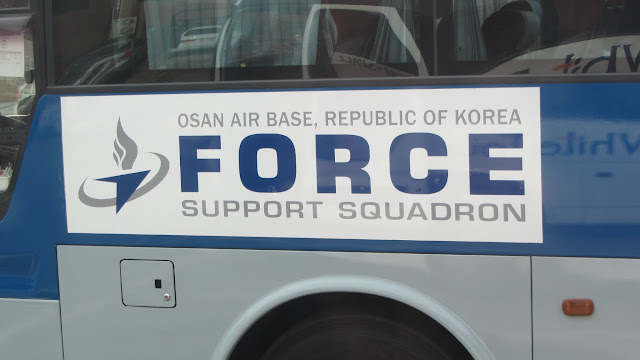 At the JSA Visitor Center, we were given guest passes from the United Nations Command and a briefing was delivered in their conference room. After going over the history of the DMZ, they informed us of some of the rules: no waving, pointing, or gesturing. We will be observed by the North Koreans and they don’t want to escalate an already tense situation. That said, I’ve heard that tours from the Northern side are not subjected to these rules, and visitors there are free to wave, whoop, and holler at the South. 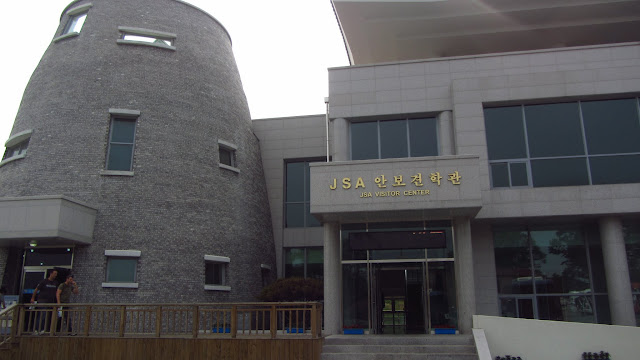 After the briefing, we stopped in the JSA Gift Shop, filled with all sorts of DMZ-related souvenirs. It’s even possible to buy North Korean alcohol, coins, and bills here. I bought a neat bandanna with a map of the DMZ printed on it.

We were then marched into Freedom House, which is meant to assist with North-South meetings and exchanges. Here, we formed lines and were taken outside where we could see the blue houses which straddle the border. On the other side, we could see North Korea’s own take on Freedom House, called Panmon Hall. 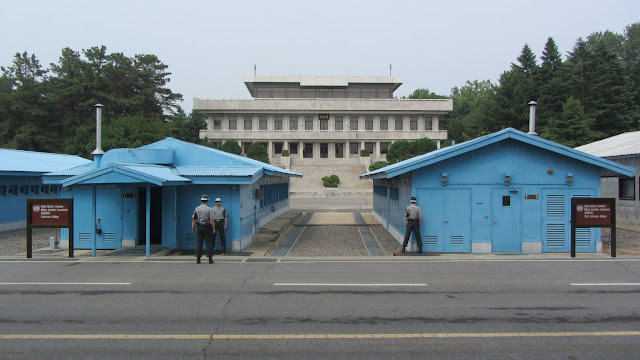 It is here that both sides stare at each other, 24 hours a day. 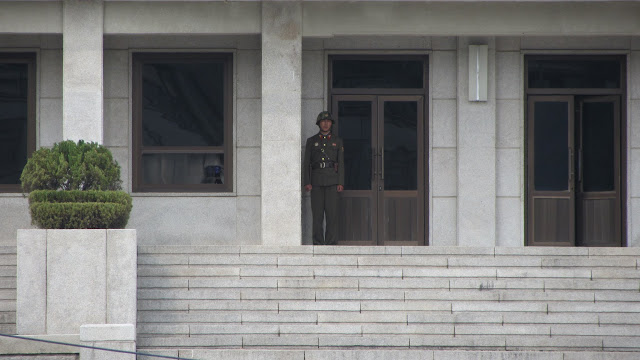 They try to make themselves as menacing as possible, with the South, or Republic of Korea (ROK), soldiers wearing sunglasses and partially obscuring themselves behind the buildings. 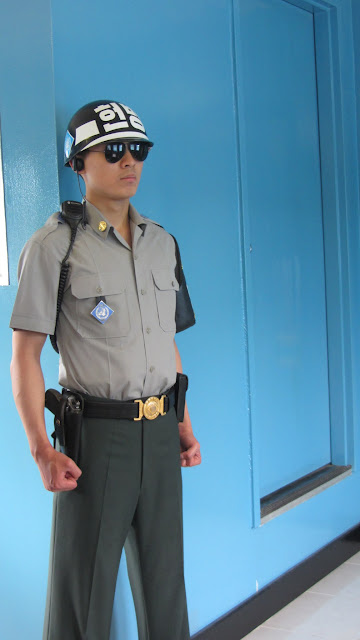 Next, we were taken into one of the blue conference buildings. These buildings sit right over the Military Demarcation Line (MDL), with one door opening to the North and the other opening to the South. They coordinate their activities so only one side is in there at any one time. 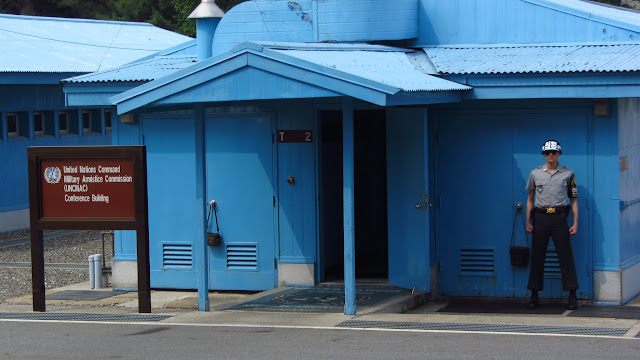 Everyone had some fun walking over the MDL and into North Korea – as close as most of us will ever get to this bizarre and cutoff country. 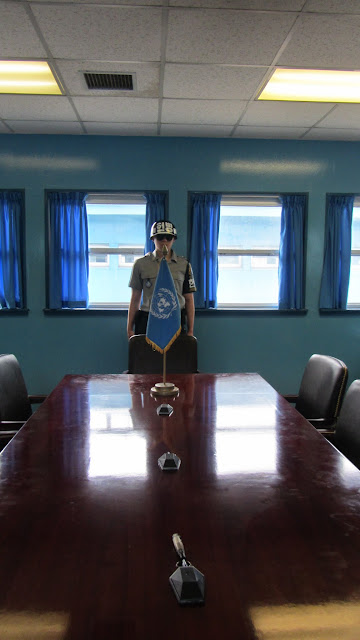 A raised concrete line outside the buildings marks the official MDL. 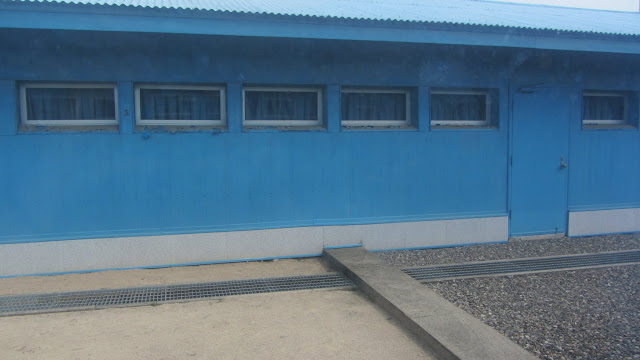 Back on the bus, we were driven past the Bridge of No Return. After the ceasefire was signed, people were given the chance to cross to the North or South using this bridge. The decision was final – once you crossed there was no return. 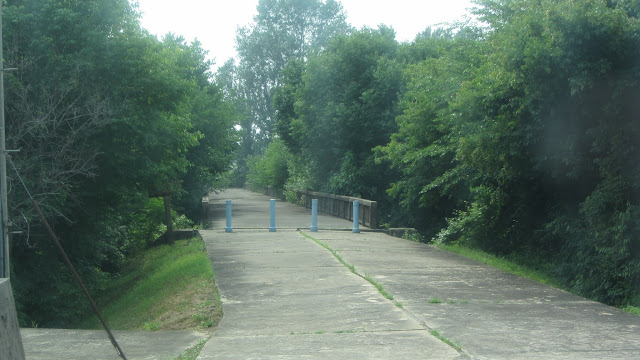 Near the bridge, there is a marker commemorating the Axe Murder Incident. In 1976, while trimming a tree that blocked their view to a checkpoint, the North Koreans brutally bludgeoned two US Army officers. 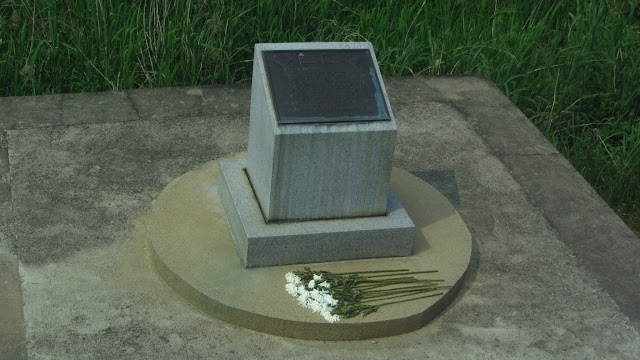 While our bus was in the DMZ, we were escorted by a ROK soldier who spoke excellent English. When we asked him if he was ever nervous or scared about serving here, he told us it didn’t really phase him. When you spend every day here, I guess you get used to it.

If you are visiting Seoul, definitely book a tour to the DMZ, which lies only 50 km (31 mi) away. It is truly one of the oddest places we have ever been.