From Cuzco, we decided to take a tourist bus to Puno. Along the way we visited a few ruin sites, a market, a scenic overlook and stopped for a nice buffet lunch. It seemed like a good idea initially, but it wound up taking all day and we didn’t really have much time at each stop. If we had to do it over again, we’d just take a normal bus. 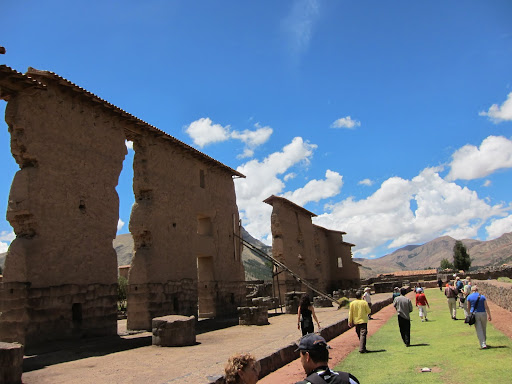 We were only in the small town of Puno for one night, but managed to find decent pizza and a cozy bar playing good 80’s music videos all night. The hostelowner at Inca’s Rest was so sweet and helped book us on an early morning tour of the town’s main attraction – Las Islas Flotantes (The Floating Islands). 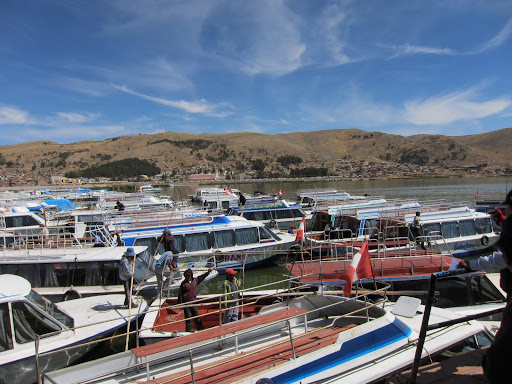 We took a boat out to these unique islands that are made of reeds and mud. They were originally built by the Uros people to escape the Incan invasion and preserve their culture. Now, a community of Amayran people inhabit the islands. 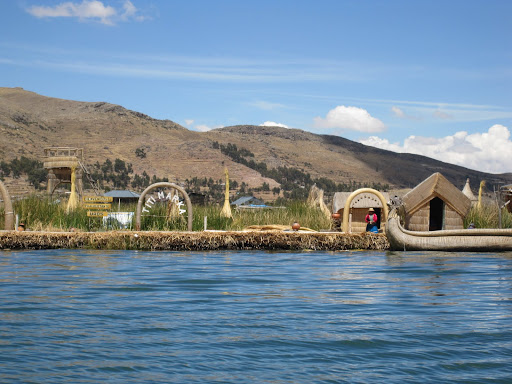 It was interesting to see them and a challenge to walk on them. But, it was very apparent that they are almost solely a tourist attraction. We found them to be quite artificial and couldn’t really enjoy them because they’ve become so commercialized. 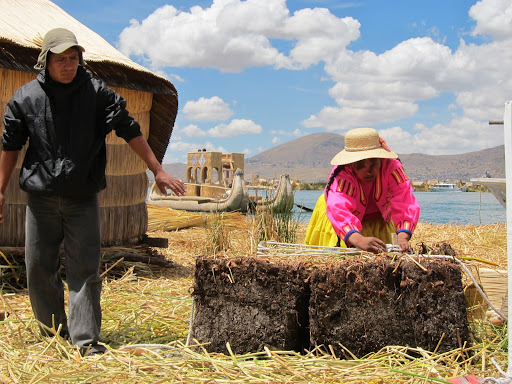 After the tour, we jumped on a bus to head around the lake and into our 10th country – Bolivia!

3 thoughts on “The Floating Islands of Lake Titicaca – Puno, Peru”