While the carnival rides, freakshows, and sideshows may be (mostly) gone from the Coney Island Boardwalk, there is one event each year that still brings out Coney Island’s freaky side – The Mermaid Parade.

Now celebrating its 31st year, the parade marks the start of summer, and as you would expect the theme is aquatic.

Believe it or not, it is actually completely legal in New York State for women to go topless in public. And while the Coney Island Mermaid Parade bills itself as a family event, many of the mermaids (and mermen) exercise this state-granted freedom by strutting their stuff with little or no clothing.

Dazzling body paint, tight spandex suits, rhinestones, and all sorts of other tacky and wacky embellishments can be found here.

After Superstorm Sandy wreaked havoc on New York City – and Coney Island in particular – there was danger that this year’s Mermaid Parade would be cancelled. Luckily, the organizers were able to raise more than $100k on Kickstarter, so the show will go on. 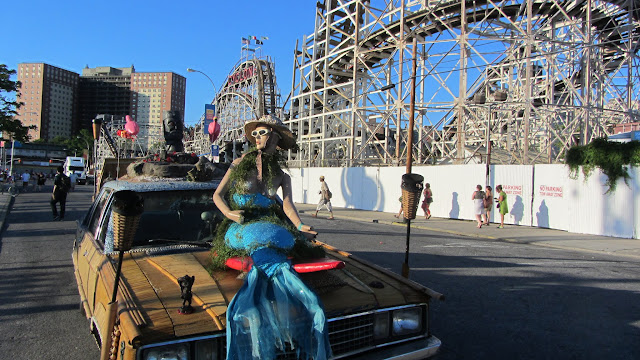 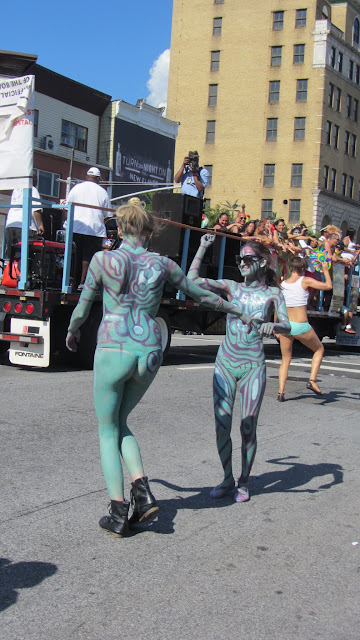 With thousands of participants and hundreds of thousands of spectators to cheer them on, the parade is the busiest day of the year on Coney Island. 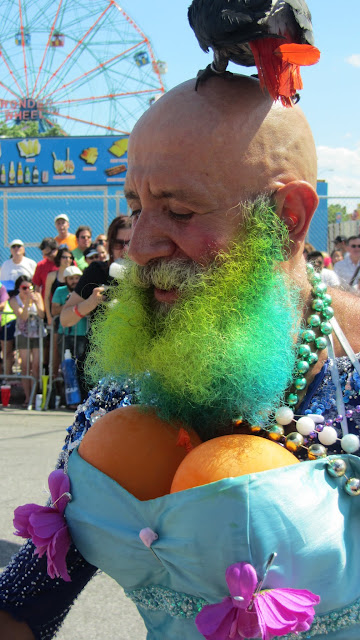 It’s best to take the subway there. You can take the D, F, N, or Q train to Coney Island – Stillwell Avenue. 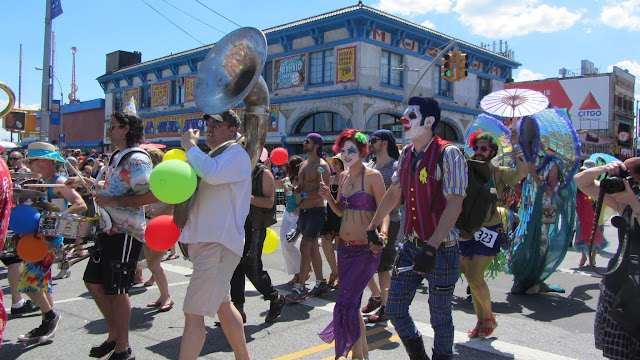 Each year, a parade “King Neptune” and “Queen Mermaid” or chosen. This year the king is Judah Friedlander and the Queen is Carole Radziwill. 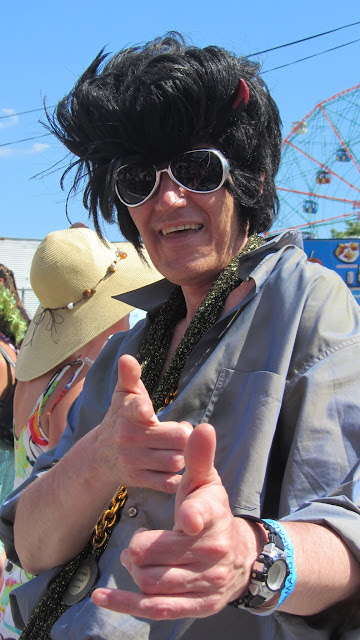 While you are there, beat the heat on Coney Island’s beautiful beach, stop by the world-famous Nathan’s Famous for a hot dog, or take a ride on the Coney Island Cyclone roller coaster. 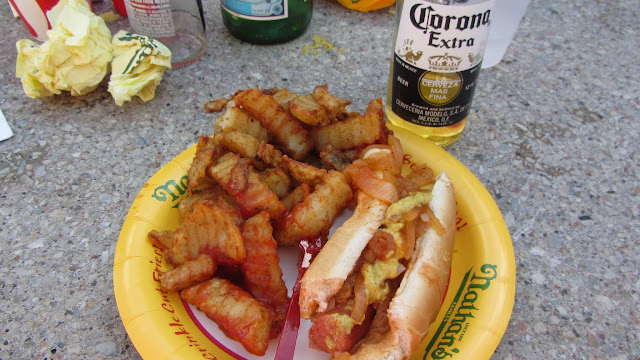 More information on the Coney Island Mermaid Parade can be found on their website.