After re-adjusting to Asia for a few days in Kuala Lumpur, we boarded a bus to Alor Setar and caught the ferry from Kuala Kedah to Langkawi Island. Off the ferry, we piled into a shared taxi for the ride to Cenang Beach, the most popular on the island and where most backpackers base themselves.

Originally, we never intended to visit Langkawi, as we were under the belief that the island was full of expensive resorts without any budget options. But after meeting some fellow backpackers that had visited, we changed our minds. In addition, we found out that there is a speedboat which can be taken directly from Langkawi to the island of Koh Lipe, Thailand, our next destination. 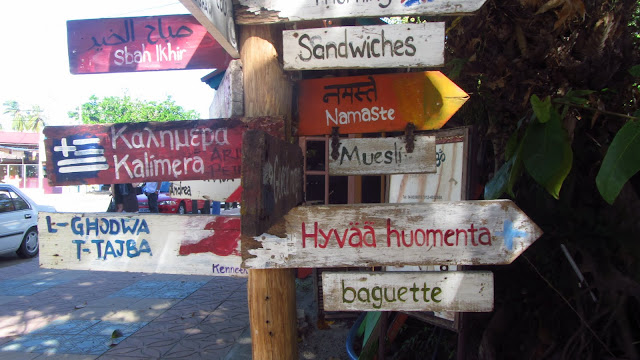 While it is true that many parts of Langkawi have fancy resorts, there are also budget options available. On Cenang, we stayed at the AB Hotel for RM 100/night (a little more than USD $30), where we had a comfortable room with good air conditioning and even a small TV, just a few steps away from the beach. 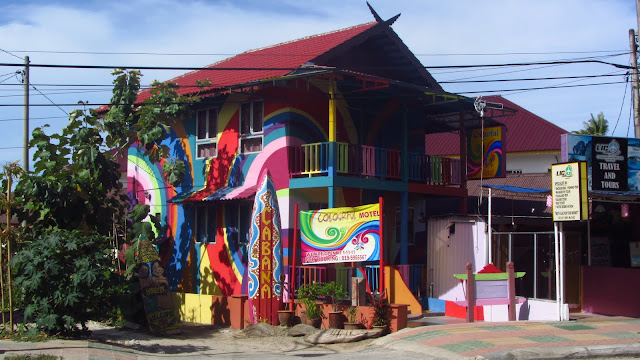 Since Cenang Beach faces west, we were treated to some spectacular sunsets. 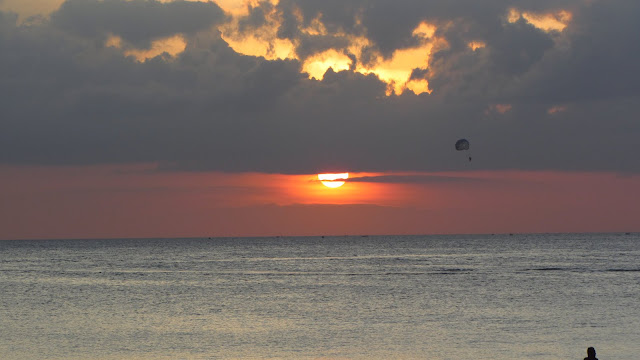 The entire island of Langkawi is duty free, and there are duty free shops dotting the island much like you would find at an international airport. One benefit here is that alcohol can be acquired at prices that are easily 2-3 times cheaper than anywhere else in Malaysia. We stopped by the local shop to stock up for our stay.

We enjoyed our time lazing around the beach. It was clean and not too terribly crowded, with calm waters. The only problem was the sea lice – we noticed the stinging after first entering the water. Unfortunately, they tend to get stuck in sensitive places, which amplifies the pain!

In addition to the beaches, Langkawi Island has some beautiful, jungle-clad mountains rising out of the interior. One of the island’s biggest tourist attraction is the Panorama Langkawi Cable Car, which brings visitors in small gondolas to the top of the Machincang mountain range. 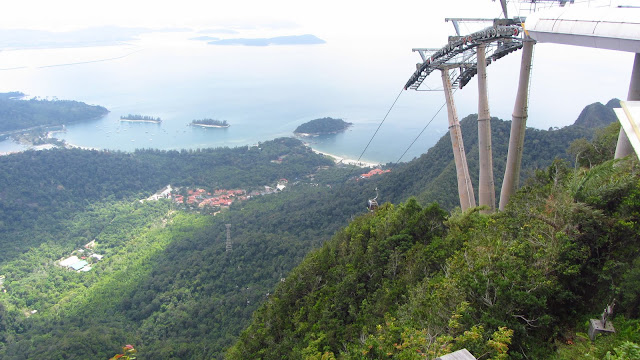 Heather is terrified of these things, but I somehow convinced her to give it a shot. There were only a couple towers supporting the long cable to the top and at times it felt like we were going straight up the steep mountain. While she was scared, Heather had to admit that the scenery was breathtaking. 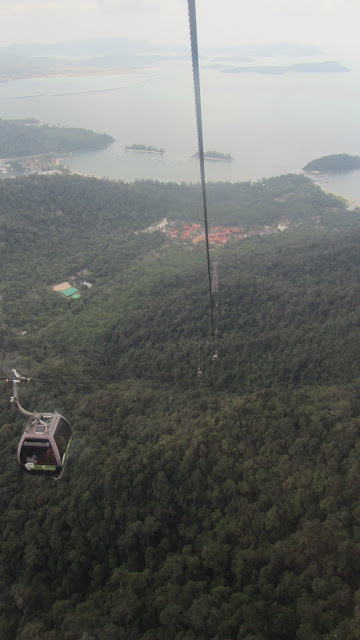 At the top, we enjoyed the cooler temperatures and took some pictures of the surrounding area. 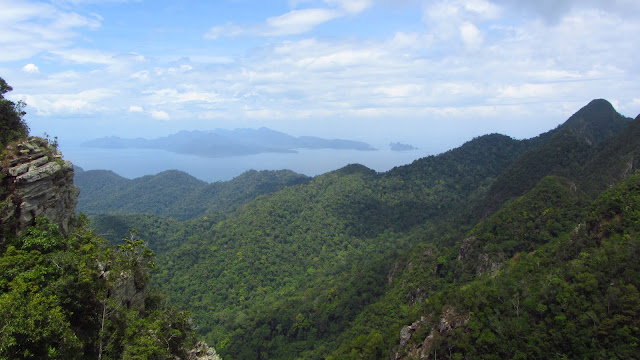 Unfortunately, a light haze had started to set in. 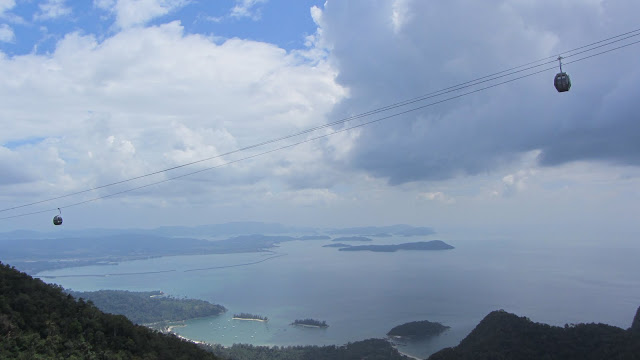 Also at the top is the Langkawi Sky Bridge, a curved pedestrian bridge which hangs right over the side of the mountain. Very cool! 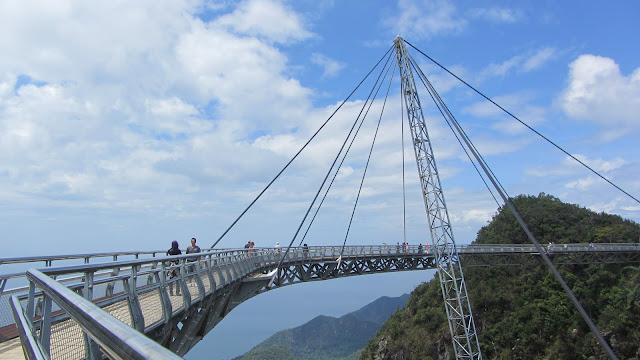 Wanting to escape the crowds of Cenang, we jumped in a taxi for a ride to the small beach of Pantai Pasir Tengkorak in the northwest part of the island. We found a nice, deserted beach, but unfortunately there was a lot of rubbish that had washed ashore here. 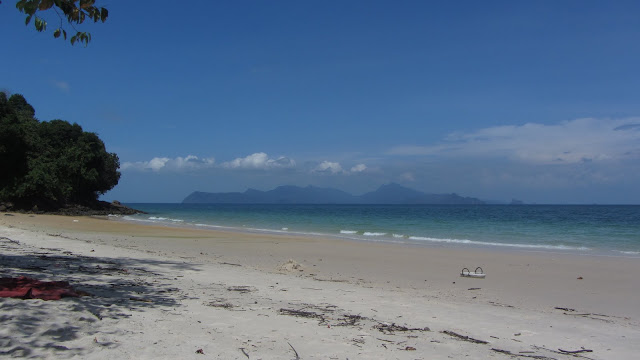 Still, we had a great time on this serene and scenic beach. 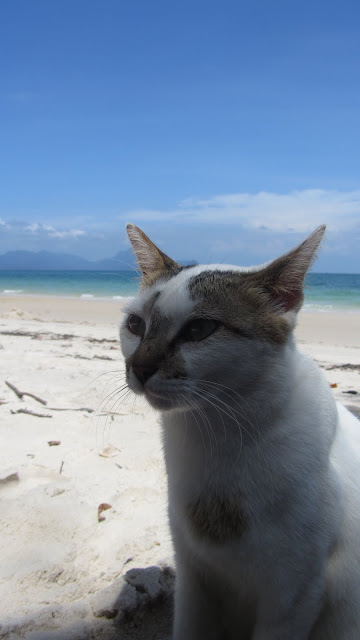 After a few nights in Langkawi, it was time to press on to Thailand’s Andaman Coast…

3 thoughts on “The Beautiful, Duty Free Island of Langkawi, Malaysia”