In Alex Garland’s 1996 Novel The Beach (and Danny Boyle’s 2000 movie of the same name), a group of backpackers who meet on Bangkok’s Khao San Road get hold of a secret map, leading to a hidden paradise island, far from the everyday struggles and problems of normal life. If you’ve seen the film or read the book, you know that life on this paradise island is not as perfect as it first seems. The American backpacker Richard, played by Leonardo DiCaprio, mistakenly tells other people about The Beach, and the residents end up fighting each other and struggling to keep away the new intruders.

Ironically, the beautiful beach where the movie was filmed is now suffering a similar fate. The word is out, and something that was once an untouched, pristine piece of heaven, is now ruined by the thousands of tourists pouring in daily to see The Beach for themselves. 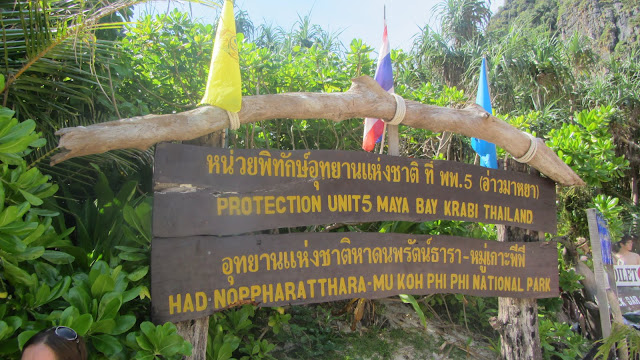 To be fair, we knew what we were getting ourselves into. Since the movie’s release more than a decade ago, Koh Phi Phi (and Thailand in general) has been developing very quickly to cater to the steady stream of foreign visitors. While we originally wanted to stay on Koh Phi Phi Don, we quickly discovered that the island was almost completely booked, and the few remaining rooms were being offered at ridiculous rates. So instead of staying on Phi Phi, we decided to stay on Patong, Phuket, and take one of the many speed boat day tours to the islands. 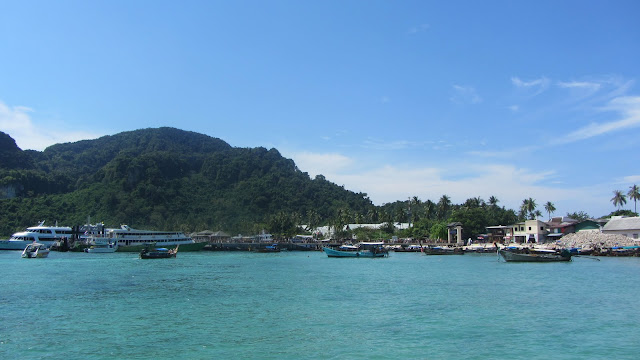 After boarding the boat at the southern end of Phuket, we gunned the motors and made our way towards Phi Phi. There are two Phi Phi islands, the larger Koh Phi Phi Don which has been overdeveloped with hotels, bungalows, restaurants, and bars, and the smaller more scenic Koh Phi Phi Le, which is a protected national park.

The Beach was filmed in Maya Bay on Koh Phi Phi Le. This natural bay is protected by towering limestone rock formations and true to the name features a blindingly white beach and stunningly turquoise water. We booked a speedboat tour which promised to get us there early, before the large crowds started arriving. 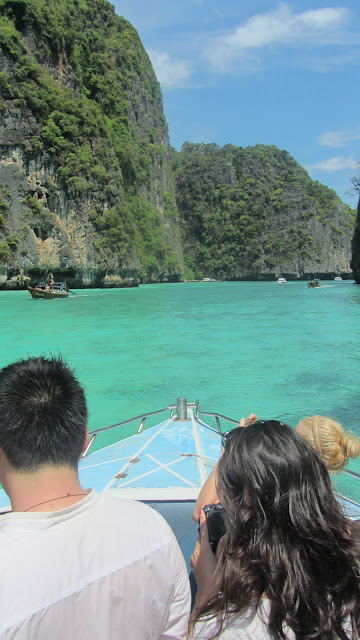 Well, I guess we weren’t early enough. As we approached the bay and made our way towards the beach we saw what had to be at least 50 other boats anchored here. Our speedboat dropped us off and we made an effort to remember its distinguishing marks for when we would have to search for it an hour later. 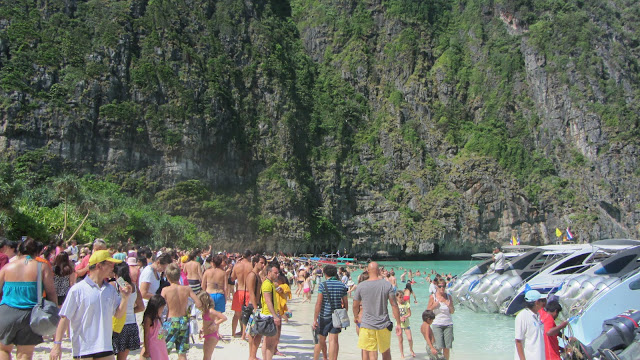 While it would have been nice to enjoy the beach with a lot less people on it, we tried to make the best of it. The water was indeed fantastic and we had a nice swim there. 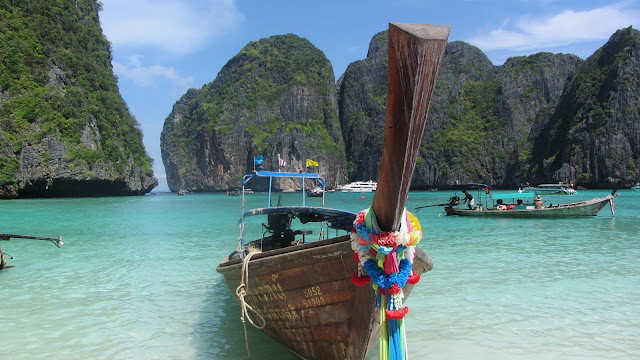 Supposedly there is an overnight camping trip available, which allows a small group of people to enjoy the beach to themselves once all the day trippers have left. If you’re considering going, you may want to look into this. 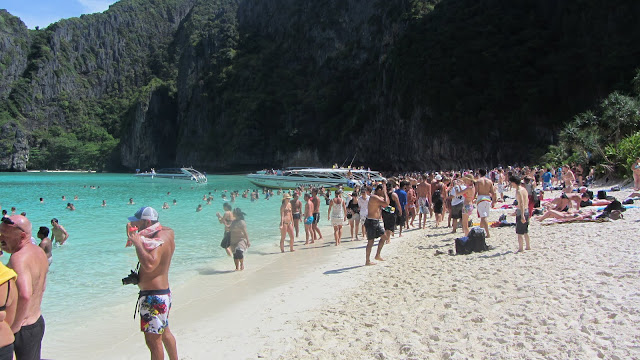 Back on the boat again, we navigated another scenic bay surrounded by high cliffs and saw some of the caves where birds’ nests are harvested (an expensive Chinese delicacy). 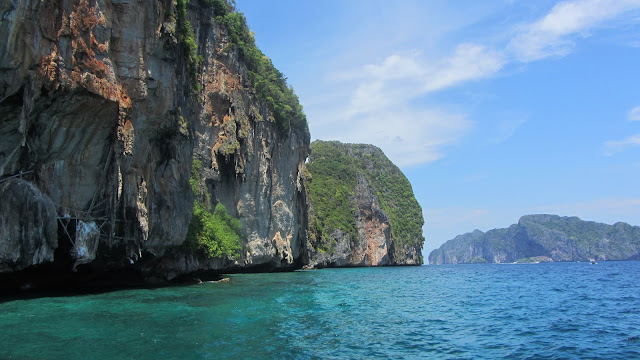 There was also a stop at a part of the island overrun with a bunch of conniving monkeys. 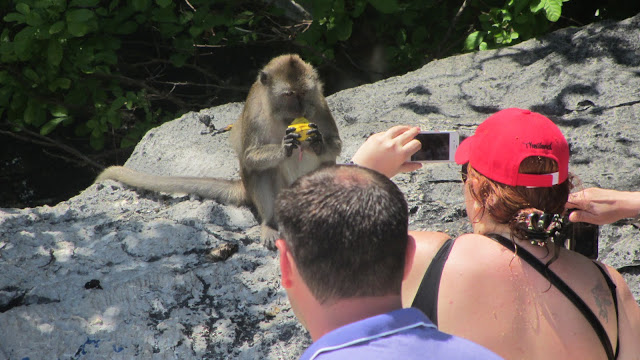 Finally, we went over to the developed island of Koh Phi Phi Don for lunch. This island was nearly wiped out by the 2004 Boxing Day Tsunami, when the earthquake-triggered waves swept across the small spit of sand in the center of the island which held most of the island’s buildings. They have since rebuilt – in exactly the same area – but supposedly have better detection and warning systems in place now. Let’s hope a tragedy like that never occurs again. After seeing Koh Phi Phi Don for ourselves, we were glad we had decided to stay on Phuket. The island was indeed crawling with people. We heard that it’s nearly impossible to get a good night’s sleep with the bars blasting loud music into the wee hours. 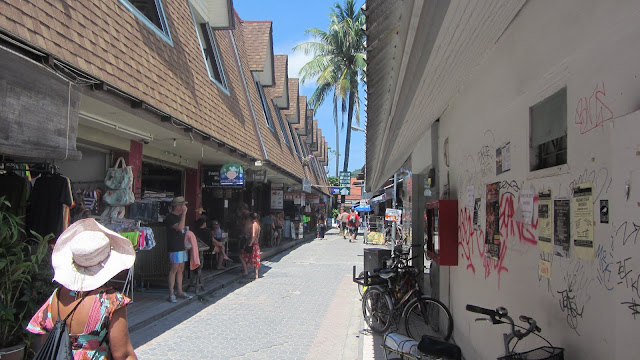 There was one final stop at a tiny island on the way back to Phuket, where we had a beer and did a little snorkeling around the surrounding reef.

Our day visiting the Koh Phi Phi islands was pretty much what we expected. We felt compelled to visit, if for no other reason than being fans of the movie. Alas, we were ready to move on and escape the crowds…