We had heard good things about La Paz and were excited to finally arrive in this bustling, capital city – the highest in the world at 3,660m (12,000 ft) above sea level.

Try as we did to like it, though, La Paz just kept letting us down.

First, I came down with a serious case of food poisoning (the worst to date) and spent the first three days locked in the bathroom, getting sick out “both ends.” 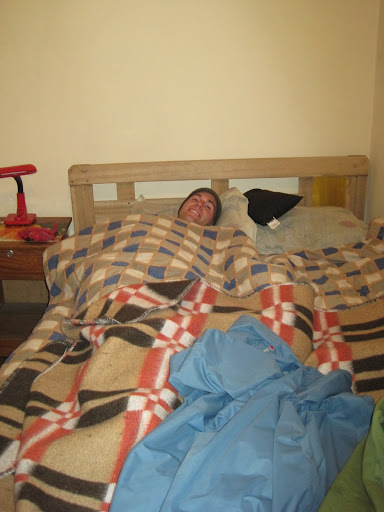 After recovering my strength and slowly expanding my diet beyond Gatorade and dry crackers, we set out to explore the city.

We decided to join a tour to see a “Cholita’s Wrestling” event in El Alto our first Sunday afternoon. This bizarre spectacle features traditionally-dressed women (complete with long braids, bowler hats, skirts, and shawls) in a boxing ring, where they “fight” other ridiculously-dressed characters in a fake wrestling style similar to Mexico’s “Lucha Libre.” After about 5 minutes we were ready to leave, but with no transport back to the city, we were stuck and spent the next two hours groaning at the cheesiness of the event and disgusted by the behavior of a group of Israeli travelers, which were throwing Jell-o into the ring, spitting on the Cholitas, and acting like complete schmucks. 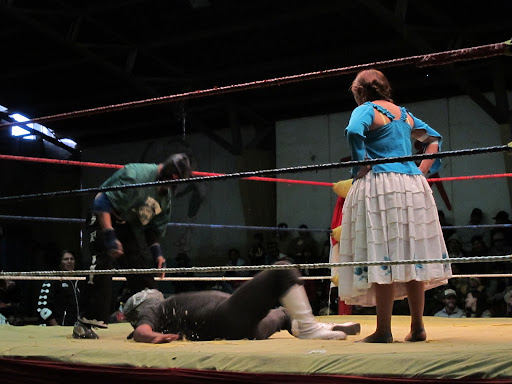 My stomach was feeling normal again, so we headed to the Star of India curry house, which makes two claims to fame: 1) the highest curry house in the world at 3,600m above sea level and 2) the hottest curry in South America. I decided to tackle this curry, which the menu describes as “stupidly hot”, having obviously not learned my lesson from the recent bout of food poisoning. This Man vs. Food challenge requires participants to eat the entire serving on their own – made with over 35 chili peppers – with winners receiving a free T-shirt. 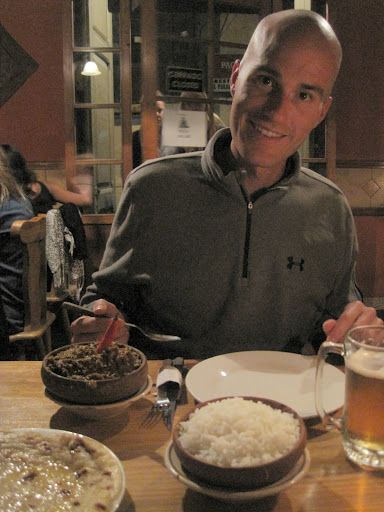 As soon as the curry arrived at the table, I knew I was in trouble. It was absolutely loaded with seeds! I gave it the college try, but in the end had to throw in the towel, and paid the consequences as I felt the burning ball of curry descend through my entire intestinal track over the next 12 hours.

In this stupidly spicy battle between man and food, this time, food won. 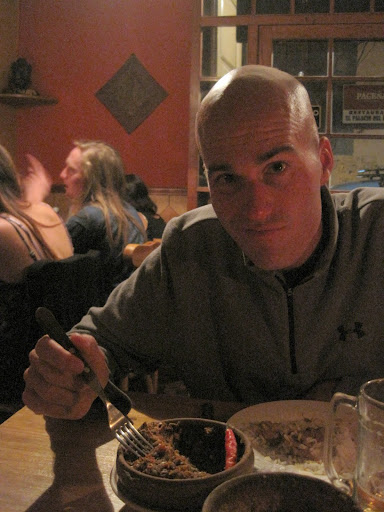 With the year-end holidays approaching, we decided to pick up a newspaper and hunt for a short-term apartment to rent, which would allow us to more easily celebrate holiday traditions and enjoy some of the conveniences of a more normal day-to-day living arrangement (yes, hostels get old after a while). 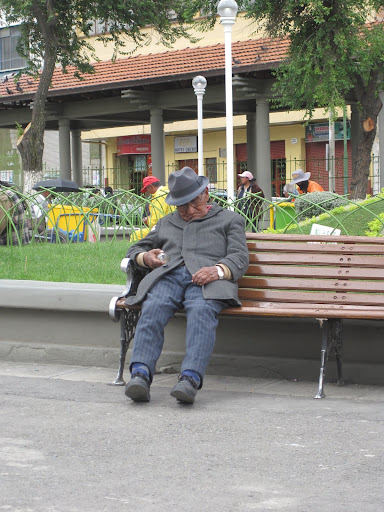 At the same time, we enrolled in spanish classes in the fashionable Sopocachi neighborhood.

Once again, though, La Paz just didn’t seem to want to cooperate. We were less than thrilled with the first teacher that was assigned to us. To make matters worse, we had trouble finding an apartment. After finally locating a dumpy, but acceptable, studio in Sopocachi, we hit a snag with a shifty landlord and real estate agent, which tried to take advantage of us.

With such bad luck from the start, we decided to ditch the idea of getting an apartment and staying in La Paz, and decided to move on.