Having completed a circular tour around Burma, starting in Yangon three weeks earlier, continuing around to the ruins of Bagan, up to the city of Mandalay, and down to beautiful Inle Lake. With just a few days left before our flight back to Bangkok, we returned to Yangon and set off on the Circular Train around the city.

The former British colonial rulers left Burma with a functioning rail network, and by the look of it things have been left in their original state since independence more than 70 years ago. Having heard stories of long, bumpy, uncomfortable journeys, we decided to avoid Burma’s trains for intercity travel – opting for the surprisingly decent buses instead. Still, I love a good train journey, and jumped at the opportunity to ride Yangon’s Circular Train – a three hour journey of 46 km, stopping at 38 stations around the city. 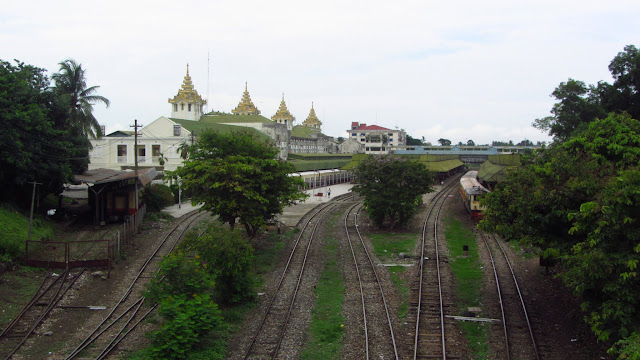 We started the journey on an overcast day at Yangon’s splendid colonial central train station. 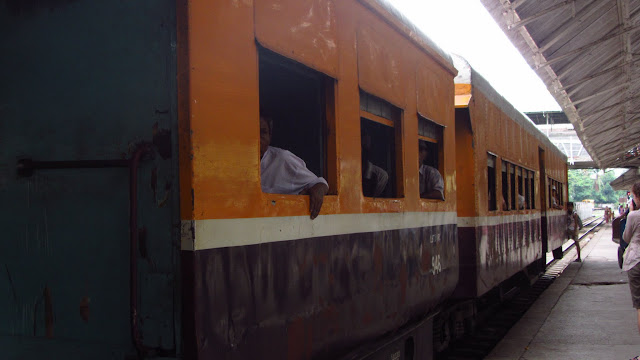 After getting our tickets we boarded a decrepit carriage and found a seat on one of the wooden benches running down each side. 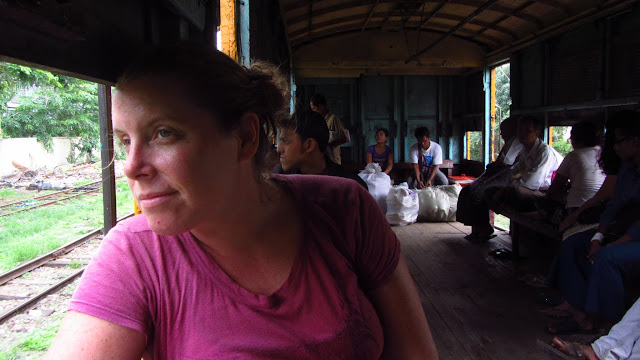 The slow, heaving iron monster started crawling out of the station and through the city. This may be the closest thing Yangon has to a metro system, though “rapid transit” this is not. 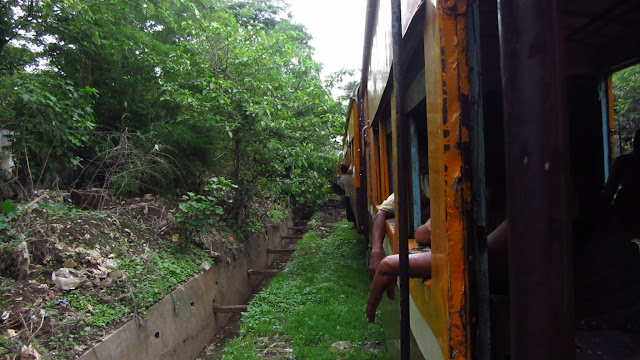 At each stop, people shuffled on and off, carrying everything from livestock to huge baskets of fresh produce. 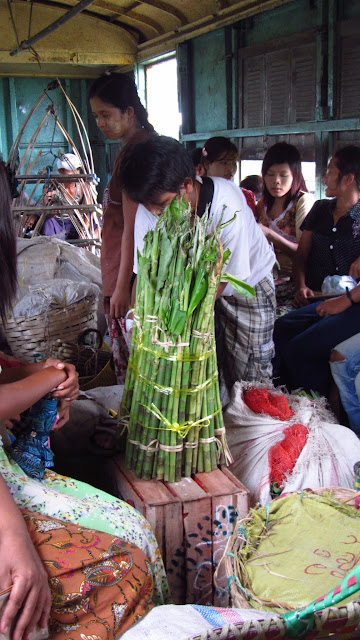 Even between the stops, people regularly jumped on and off. 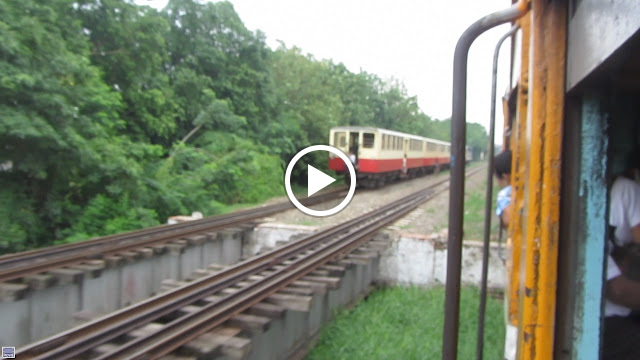 We met some friendly locals, who seemed just as interested in us as we were in them. 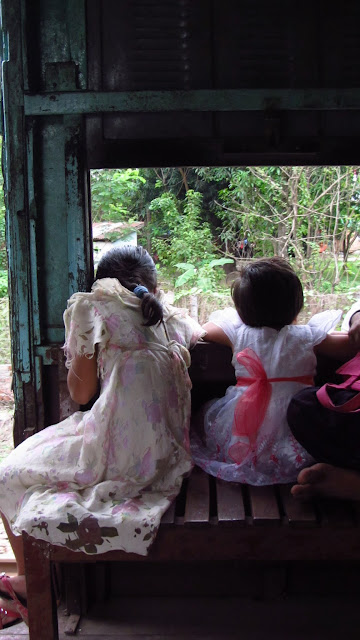 After three hours, we arrived back at Yangon Central. Hungry for some lunch, we visited 999 Shan Noodle Shop near our hotel. 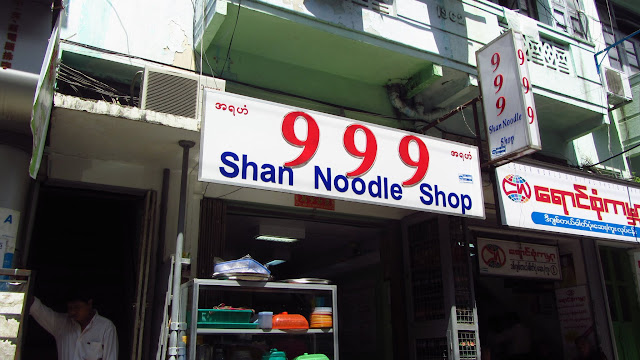 This little unassuming restaurant serves up delicious spicy Shan style noodles, for the grand price of US $1 each. 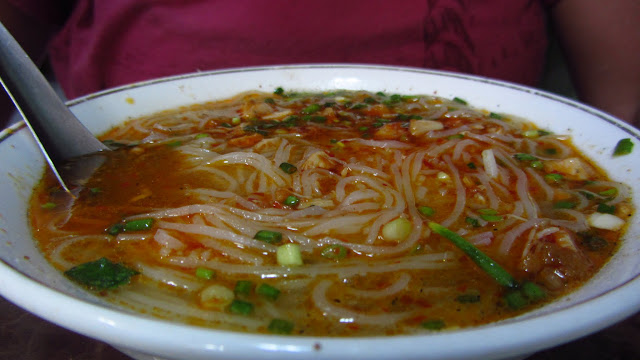 When we first arrived in Burma, we were worried we would run out of money – the foreign exchange offices didn’t seem to like our less-than-perfect $100 US bills. After three weeks of watching every penny, we had a little money left over. So, we decided to splurge and have a few sunset drinks at Yangon’s Sky Bistro, housed on the top floor of Sakura Tower – one of the city’s few “skyscrapers” at 20 stories high. 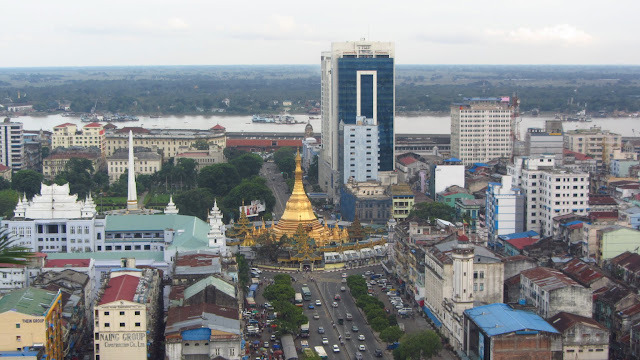 Our time in Burma – and Southeast Asia – was coming to a close. Next, we would fly back to Bangkok and on to Hong Kong.