Since we were going to be in Sydney for the famous New Year’s Eve celebration, we were trying to figure out how to best celebrate the occasion.

Situated in a time zone a full 15 hours ahead of New York, Sydney is one of the world’s first major cities to see the clocks strike midnight each January 1st.

After much searching and contemplating, we decided to splurge on one of the harbour fireworks cruises. Although incredibly expensive ($400 AUD each – and ours was one of the cheapest options!), it really is the best way to see the fireworks. The ticket price included an open bar and appetizers all night. 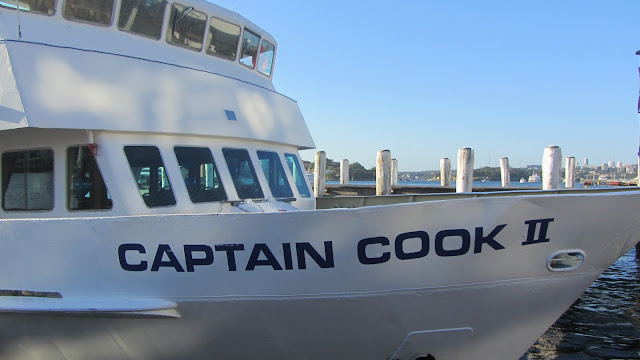 We found out that friends of ours that we had met on our cruise to Antarctica were in Sydney for New Year’s, as well. They were also heading out on a cruise on the water that night. As we left the dock, I said to Erik, let’s see if we can see our friends. They had told us which boat they were on and we were watching as their boat departed first. As I’m looking at the boat, I see Kourtney & Brian waving to us! How funny is that?! We screamed “Happy New Year” to each other and snapped a few photos. I’m sure our cruisemates thought we were nuts! 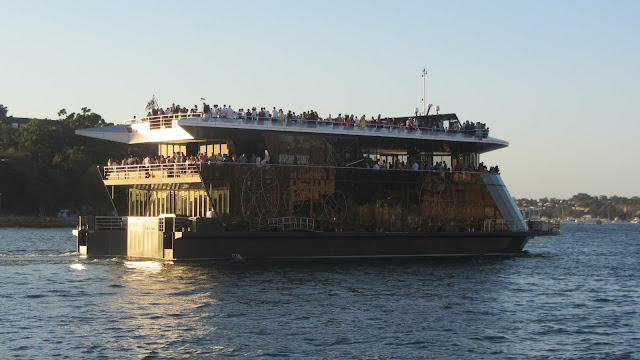 Both of our boats were part of the official parade of lights tour, so we actually passed their boat a few other times that night. 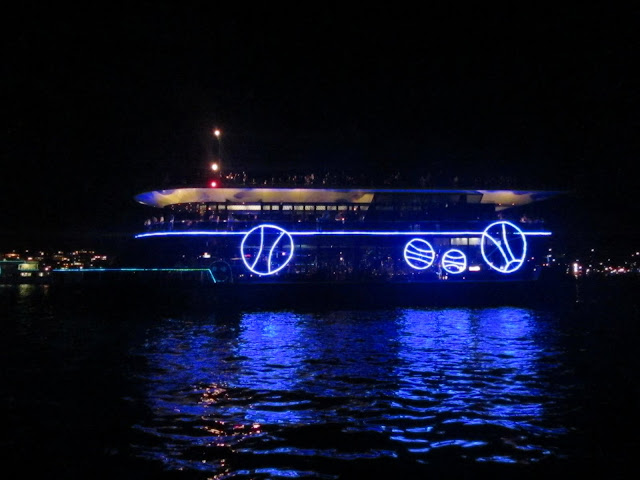 We had a blast on the fireworks cruise. As sunset came and then darkness fell, the excitement built. 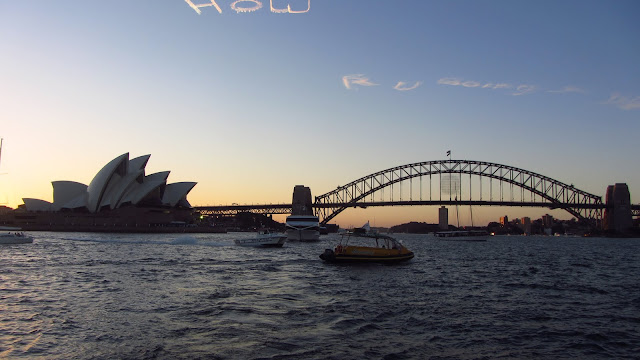 We soaked in the Sydney New Year’s vibe and enjoyed the music, food and drinks on our boat. It was a bit of an older crowd, but we were really glad we had done the cruise. 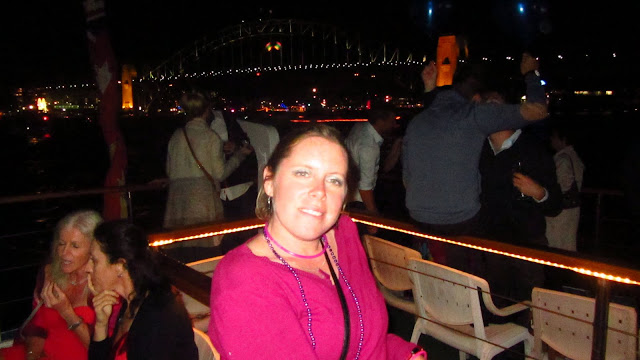 We had scoped out a great seat with a perfect view of the bridge and fireworks barges. The moment was finally here. The countdown to New Year’s. 5, 4, 3, 2, 1 – HAPPY NEW YEAR! As midnight struck, fireworks exploded from the bridge. From the buildings. From the barges. Everything seemed to be aglow with the celebration of the New Year! 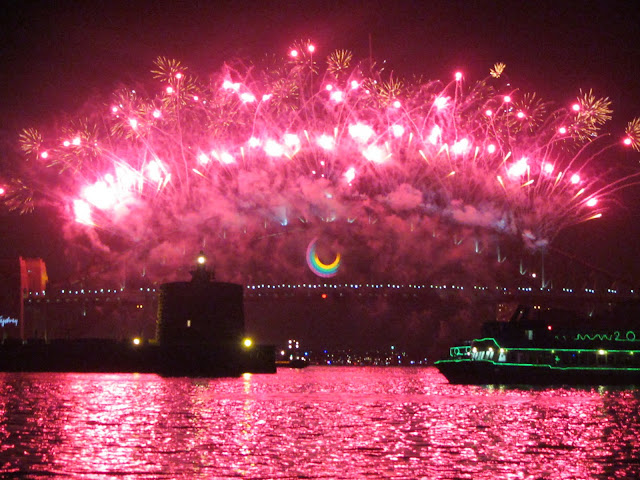 It was incredible. Erik commented that it was the best fireworks display he’d ever seen in his life. I still have a special place in my heart for New York City fireworks. But, I do have to admit, they were magnificent! 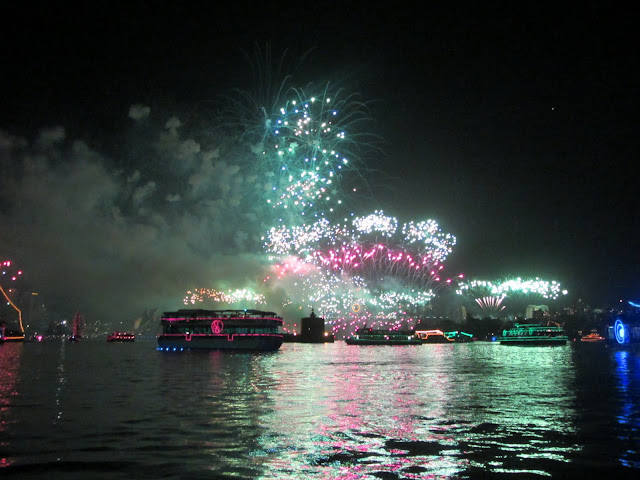 Judge for yourself with this video clip:

On New Year’s Day, since Australia is about 12 hours ahead of New York City, it was still 2011 in New York. We managed to squeeze in a Skype session with my family and our good friends Ed & Chris who we’ve celebrated New Year’s with for years. 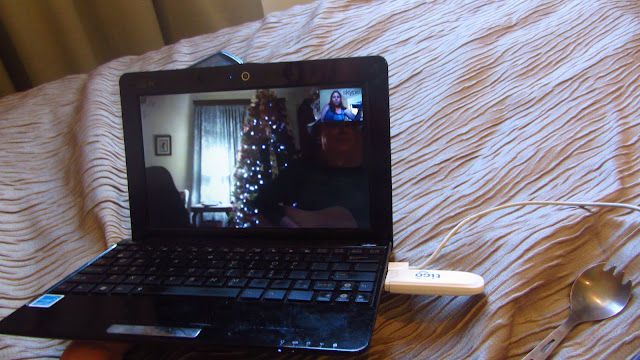 I can’t even explain how fantastic it was to ring in the New Year via Skype with them. It really felt like we were there! We even sang some songs together and toasted each other across the globe! Gotta love technology.