We decided to jump off the well-travelled backpacker trail down Australia’s East Coast and check out North Stradbroke Island, near Brisbane. After a train ride, a bus transfer and a 30-minute ferry ride, we had arrived on Stradbroke Island. Here, we had to wait for a local bus to bring us to our YHA hostel (the only hostel on the island). The island is quite large and holds the distinction of being the second-biggest sand island in the world, after recently-visited Fraser Island. 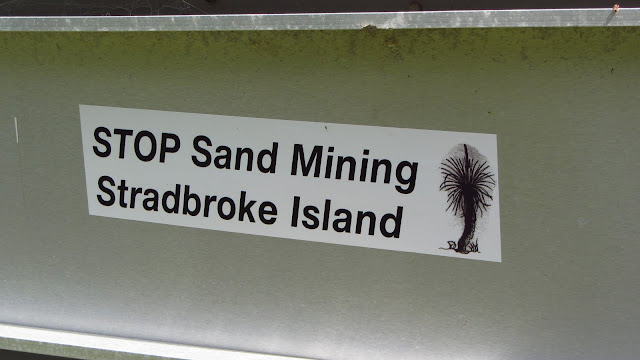 Once we dropped our bags, we decided to take a nice long walk to the heart of town with many shops and restaurants. The main attraction for us was the view of the rugged coast and the wildlife at Point Lookout. From this huge cliff, we immediately saw two massive manta rays. We have yet to dive or snorkel with them, but we definitely were excited to see them. It was quite a thrill watching them “fly” through the water as they glided along the surface. 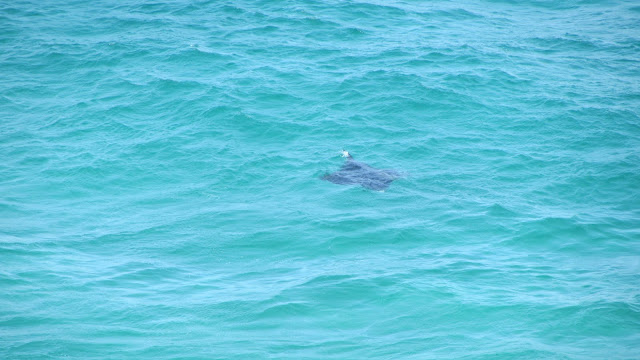 While there, we also saw a pod of dolphins frolicking in the waves. A few minutes later we saw our friends, the humpbacks, surfacing and breaching in the distance. And in a large cove, we saw two turtles being tossed around in the waves. We felt like we had hit some kind of wildlife jackpot seeing all of these incredible creatures in the span of just an hour! 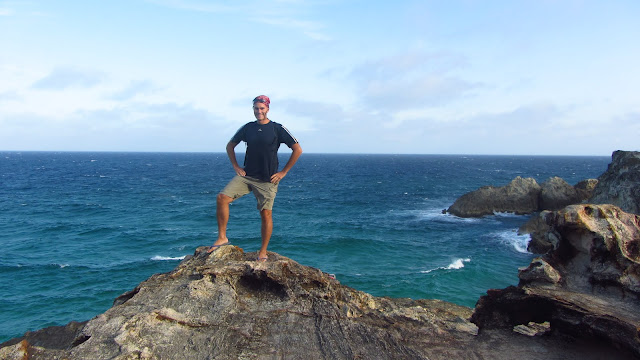 Erik had considered diving while we were there, especially after we saw the gigantic manta rays, but it was insanely expensive. That, and there had been a few fatal great white shark attacks while we were in Australia. We had even read about a fatal shark attack in the shallow shores of North Stradbroke a few years back. So, he opted to give it a miss. 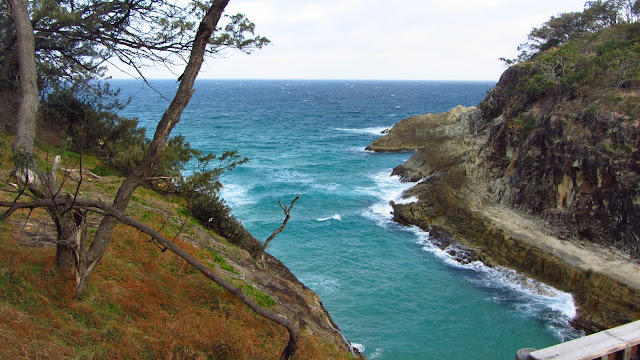 While beautiful, getting around Stradbroke was a royal pain. This main part of town was at least a 45-minute walk away, and much of the walk wasn’t very scenic. There are expensive restaurants, trendy hotels, a pricy grocery store where we bought most of our food supplies and an amazing homemade ice cream shoppe. But apart from that, it was a real to-do to get anywhere on the island without our own transport. 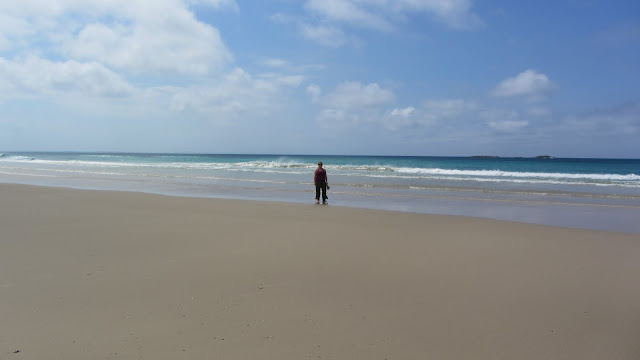 We made all of our own food to cut costs while on the island. The next day, we basically did the same walk. The skies turned grey and the wind kicked up, so we didn’t see as many animals the second go-around, sadly. 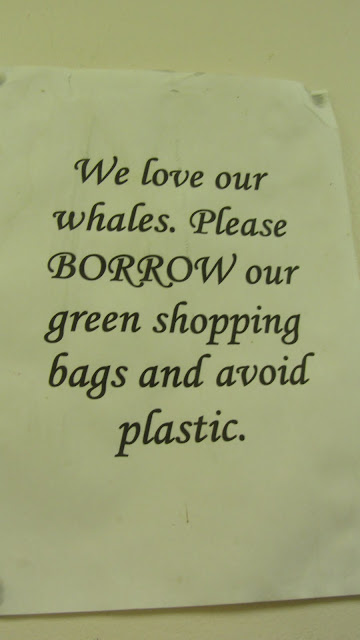 If we had to do it again, I think we would have stayed an extra day or two. And maybe we would have gotten up the nerve to dive and snorkel with all of the amazing underwater life surrounding the island.

Even if we’d wanted to stay, our hostel was booked since a reggae festival was on tap for the weekend. Just as well. We left with a good taste of the island and were happily on our way to Surfer’s Paradise.