After checking out Oamaru’s penguins and Victorian architecture, we made our way further south to the city of Dunedin, located on the Otago Peninsula. It was only an hour and a half driving, giving us plenty of time to stop at the bizarre Moeraki Boulders along the way. These perfectly spherical boulders were formed about 60 million years ago on the ocean floor, slowly working their way to the surface due to coastal erosion. Hundreds of the boulders can be seen along the beach, ranging from around 1m (3 ft) to 3m (10 ft) in diameter. 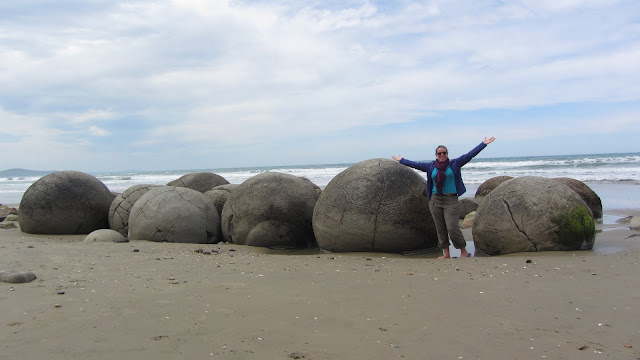 We arrived in Dunedin in the late afternoon without a reservation. After getting shut out of one of the holiday parks, we desperately phoned the Hogwartz Hostel in the city center. They were just about to close for the day, but luckily we got through and were able to reserve a room. Generally, we stayed in holiday park cabins throughout our time in New Zealand, so it was a nice change to be back in a backpacker hostel. The hostel was actually an old Catholic bishop’s residence, perched at the top of a hill overlooking the city. True to the name, it was like something out of a Harry Potter book. 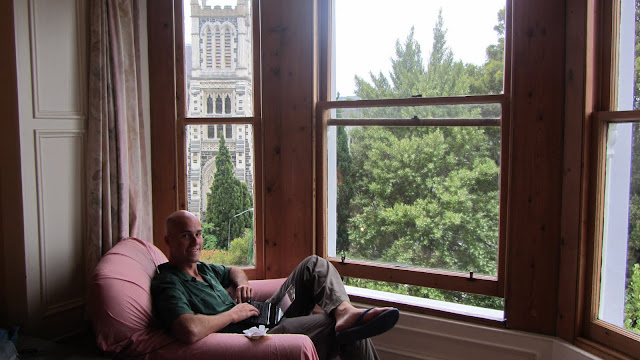 The next day we checked out this quaint old city, with strong Scottish roots, which was built in the late 1800s on the back of New Zealand’s gold rush. A number of impressive stone buildings can be found throughout the city, so we picked up a map at the local i-Site visitor center and set off on foot to explore the architecture. 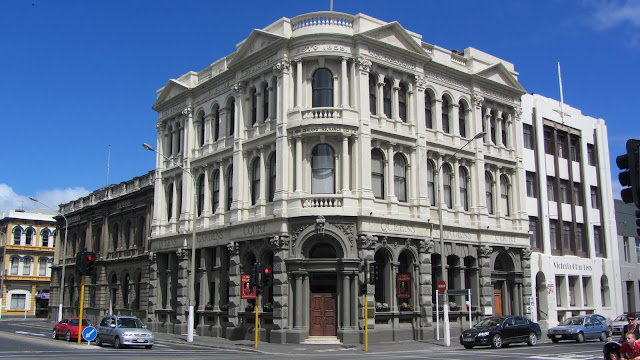 While admiring the city streets, we stumbled across the Cadbury Chocolate factory, which was open to the public and offering “Willy Wonka” tours through its facilities. It was a sunny Sunday, and the production line wasn’t running, so things were quiet inside. We were surprised to find out we were the only people on the tour, and ended up getting showered with free candy (yum!). 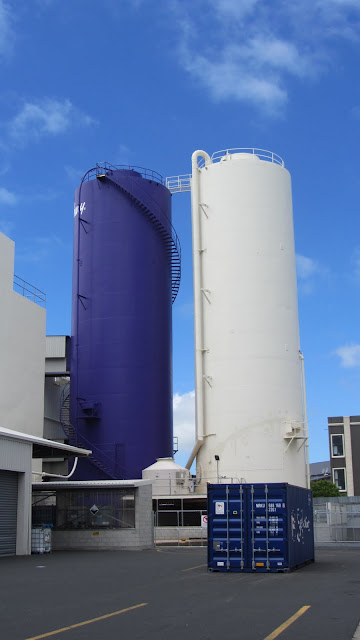 One of the craziest parts of the tour included a chocolate waterfall – solely for tourists’ delight – with tons of liquid chocolate cascading through one of the old storage silos. Unfortunately no photos were allowed inside the factory itself, so you’ll just have to take our word for it when we say it was awesome. 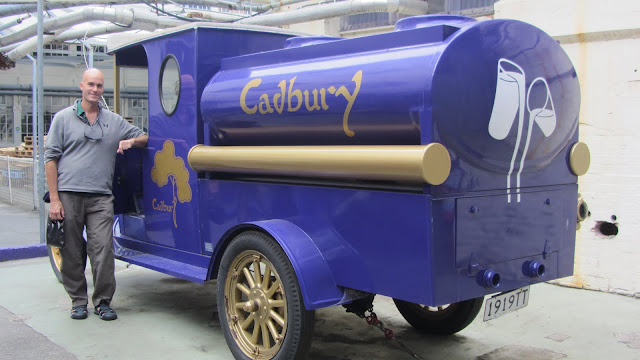 On our way back to the hostel, we stopped at the nearby Speight’s Brewery on Rattray Street. This South Island beer brand is one of New Zealand’s most popular, and we jumped at the opportunity to take a tour of their 120 year old brewery. 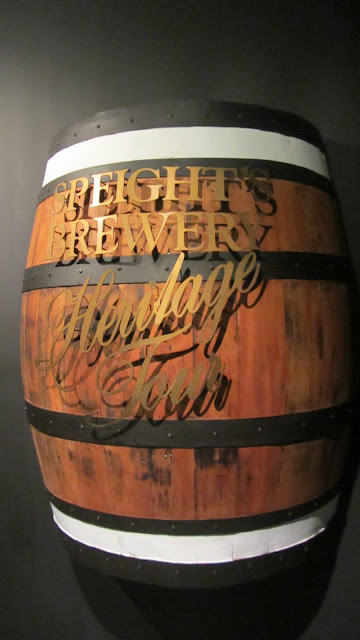 After an entertaining look back at the history of beer stretching all the way back to ancient Mesopotamia and the cradle of modern civilization. Since Speight’s uses the centuries-old “gravity fed” system, we started at the top of the brewery and worked our way down, following the same path ingredients take through the fermentation process. 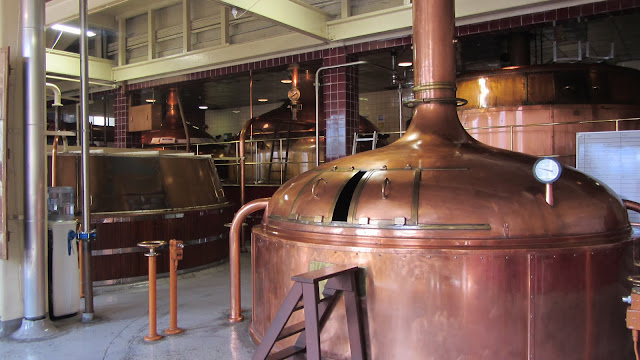 After working our way down past six stories of glistening copper tubing, kettles, and vats, we finally arrived at the “Speight’s Ale House” on the ground floor. Here, the tour guide presented each of us with a glass, showed us how to work the taps behind the bar, and let us loose! We enjoyed sampling the assortment of delicious beers, from light to dark. There was even a fantastic cider on tap, and bottles of ginger beer and lemon crush soda. 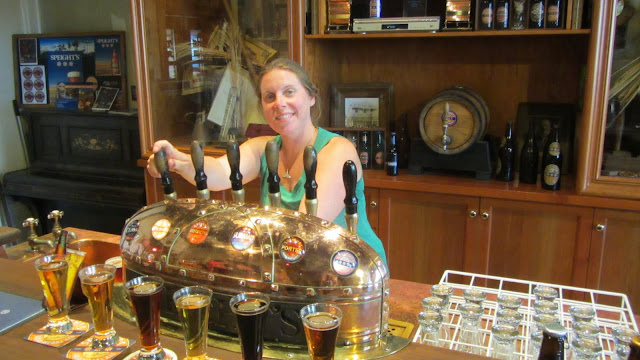 An all-you-can drink brewery tour and chocolate factory tour all in the same day? We were really starting to love Dunedin.

The next day we got an early start, hoping to explore the nearby Otago Peninsula. But before bidding our final adieu to Dunedin, we headed to Baldwin Street – the world’s steepest street, with a grade of 35%! 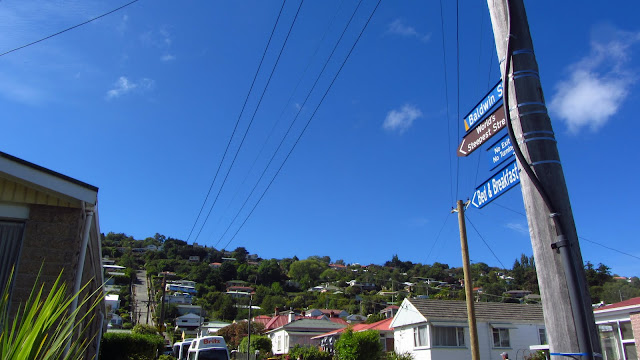 While we took our small Jucy rental car to the base of the street, we decided it would be too stressful for our little vehicle (nickname: Jucy Jazzy) to make it up. 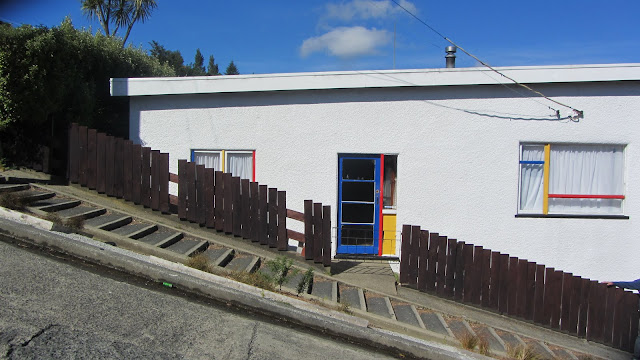 Instead, we parked Jazzy and made our way to the top of the cul-de-sac street on foot. 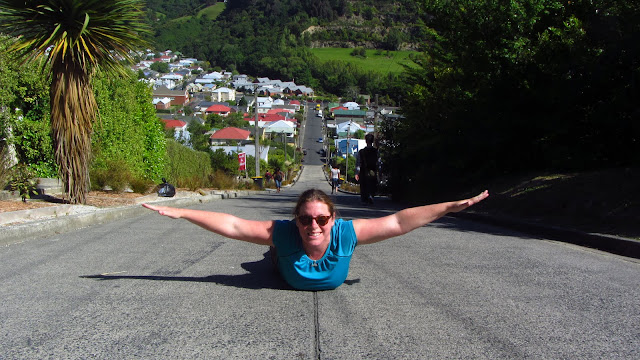 After this quick detour, we hopped back in our car and started making our way around the beautiful Otago Peninsula. Our first stop was Sandfly Bay, where we climbed down some huge sand dunes and wandered the desolate beach, giving the resident sea lions a wide berth. 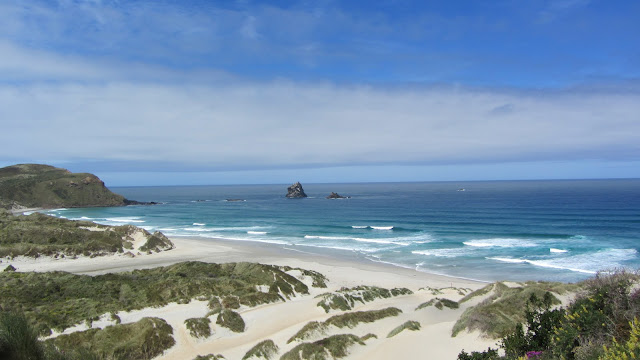 Unfortunately we did not spot any of the rarer yellow-eyed penguins which also call Sandfly Bay home. That said, the stunning coastline, massive sand dunes, and spectacular blue water were well worth the price of admission (well, actually it was free…). 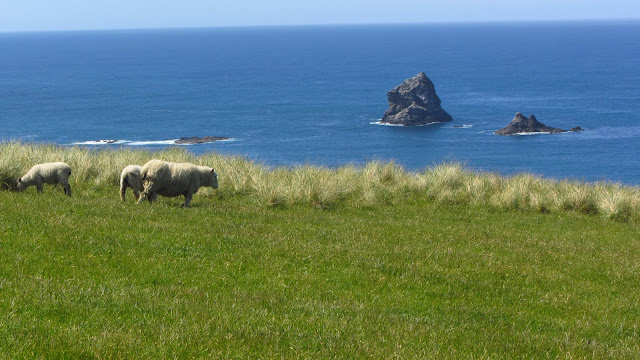 We drove out to the Albatross Centre at the end of the peninsula, but were a little deflated to see the admission cost of $50 per person. Since we have seen plenty of albatross birds before, we decided to give it a miss and instead rushed to make a small eco-cruise, which would allow us to see the albatross colony from the water instead of the viewing platform at the Albatross Centre. In addition, it promised encounters with some of the peninsula’s seals and other marine life. 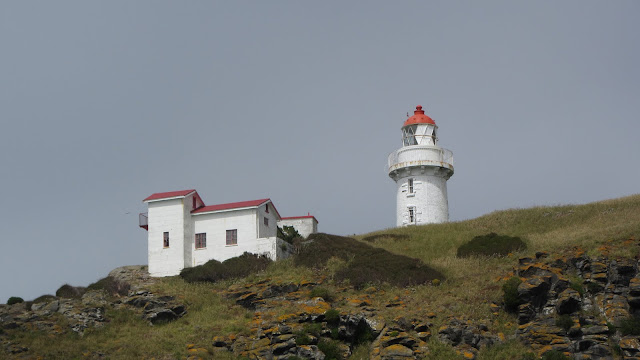 As we departed the Otago Harbour, the host and skipper told us she had received reports that there were some special marine mammals spotted just off-shore that morning. We instantly assumed she was taking us to see whales or dolphins, but we soon learned there were orcas out and about!

Sure enough, we soon spotted two orcas (possibly a mother and its child) making their way north. Our boat followed right alongside them, with these graceful killer whales no more than 10 meters away from us. We were told they are only spotted in the bay once every year so we were very, very lucky. 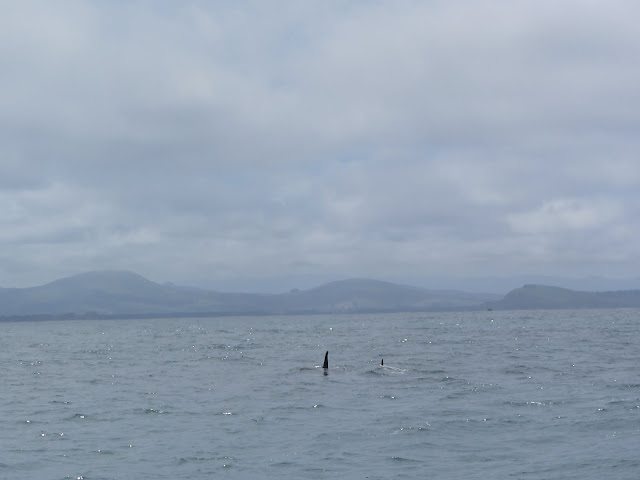 Still aglow from this close encounter, we jumped back in the car and headed further south, towards the very bottom tip of New Zealand, for more wildlife spotting in The Catlins.