Descending 3,400m (11,000 ft) from a high mountain pass near La Paz to the tropical lowlands of Coroico, the North Yungas Road has famously been dubbed “The Death Road” and “The World’s Most Dangerous Road”.

Until a new road was constructed in 2006, this narrow unpaved “highway” – a major artery linking the capital city with the Bolivian jungle – was responsible for hundreds of deaths per year, with cars and buses falling over the sheer cliff sides at the rate of one every other week.

Since the 1990s, companies have offered tourists the opportunity to mountain bike this hair-raising highway, offering stunning scenery and a healthy dose of adrenaline. Unfortunately, the Death Road has not spared cyclists; some 18 deaths have been recorded, with the last being an Israeli backpacker in April, 2010.

Despite all this, the Death Road is one of La Paz’s most popular attractions, and nearly every traveler that visits this region joins a tour from one of the dozens of agencies on Sagarnaga street offering this activity. 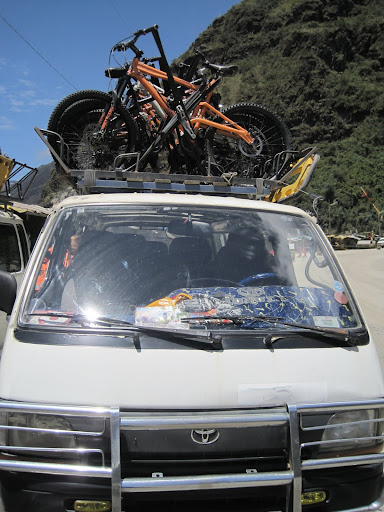 With so many companies to choose from, and so much riding on the line, it can be a difficult decision. Luckily, the company we ended up with, Vertigo, was excellent in all regards – with fantastic and fun guides and crew, top-notch equipment, and tight safety standards.

Heather didn’t fancy the idea of screaming down steep cliff edges on a mountain bike, and instead opted to take a bus down the new road and meet Michele, Gideon, and me at the bottom in Coroico.

We woke up early on a Friday morning, and jumped in a van for the ride up to the start of our ride at La Cumbre pass, situated at 4,700m (15,420 ft). Luckily, we were blessed with a perfect sunny day, though at this high mountain altitude, the air was still cold and we all donned warm clothes and listened to a briefing from the guides. 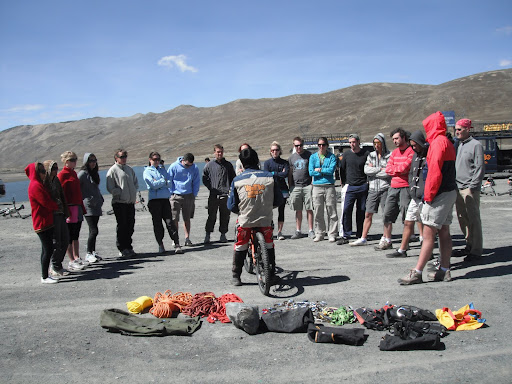 They eased us into it by having us start on a modern paved road, allowing us to get used to our bikes and have some fun zipping down at high speed. 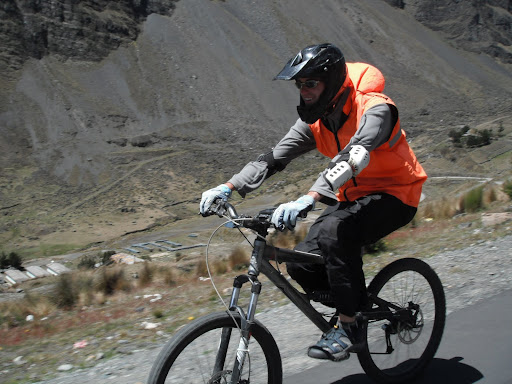 Soon, it was time for the main attraction, and we exited the paved road to join the original “Death Road”. Since the new road has opened, traffic on this original section is very light these days, though the guides briefed us on how to yield to passing cars. 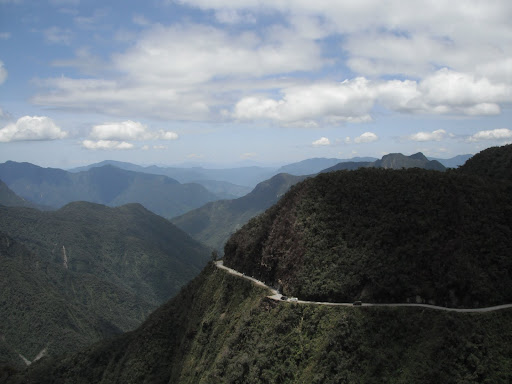 We set off cautiously, but quickly gained confidence as we descended in a single-file line, following the pace set by the guide in front. It really wasn’t that scary – until I looked over the edge and realized a vertical drop of hundreds of feet loomed only a few feet away, with no guard rail there to stop me.

The guides gave us plenty of breaks along the way, allowing us to take pictures and go at an easy pace. Some points were quite breathtaking. 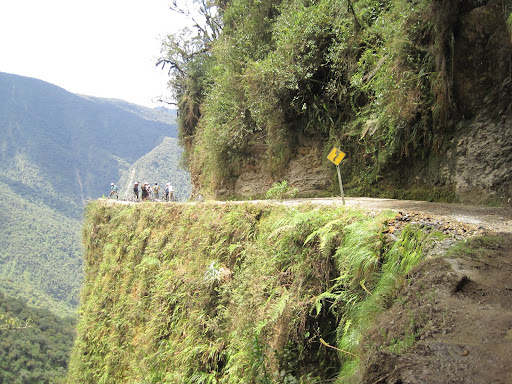 At one point the road passes directly under a waterfall. Luckily, there wasn’t a lot of water in the road, though I can imagine this would be a lot hairier during rain or wetter parts of the year. 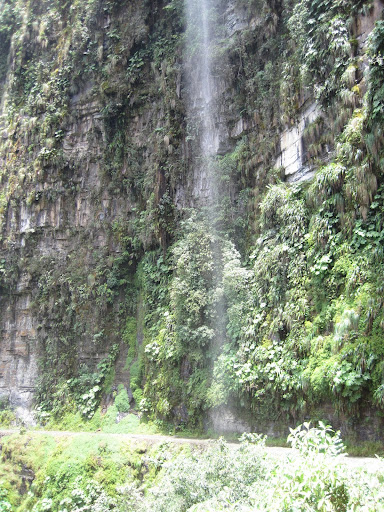 After the first hour or so, the road widened a bit, the cliff drops got less high and steep, and the guides let us let off the brakes a bit and ride down at a faster pace. As we dropped altitude, the weather got warmer and warmer, and soon we had ditched our warm jackets and long pants, storing them in the support vehicle that was following behind the group.

We only passed a couple cars the entire time down, and like I said, it really was not as scary as I imagined it. However, I can imagine it would be much worse with more traffic on the road (as was the case until 2006) or with rain or other bad weather. 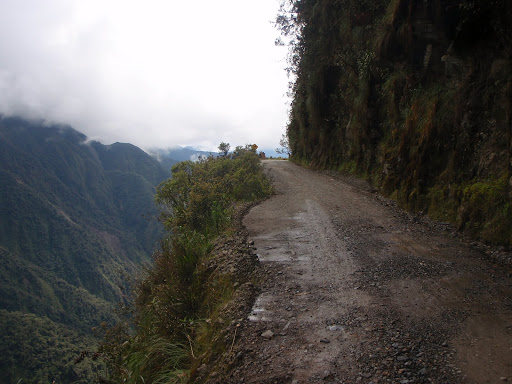 At the bottom, and the end of the ride, we grabbed a beer and the guides shared some of the unfortunate tales of life lost on the Death Rode with us. Sadly, Vertigo lost one rider – Theo Dryfus – an English backpacker. One of our guides had been with him the day he passed and was visibly affected recounting the story to us. The guide has Theo’s name written on his helmet. 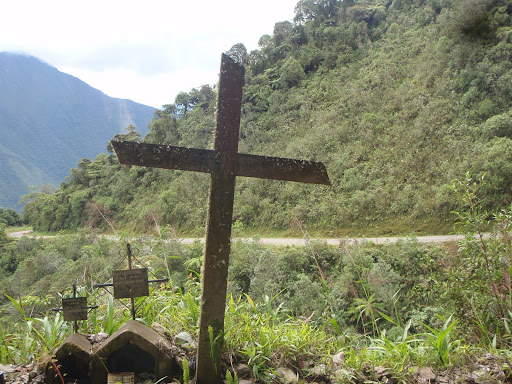 We ended the day with a late lunch and dip in a nearby pool that Vertigo brought us to. Running a bit late, we caught a taxi to Coroico and met up with Heather, enjoying an evening in this warm high-jungle town.

The next day, we boarded a minivan and zipped up the new road back to La Paz.

For an idea of what the Death Road was like with traffic on it, check out this excellent Top Gear Episode: