Four weeks after beginning the second phase of our RTW trip in Bangkok, we were a bit sad to be saying goodbye to Thailand already. We had truly fallen in love with the country’s beautiful beaches, fantastic food, and friendly people. That said, we plan to return to the Land of Smiles after traveling further south and finishing Australia and New Zealand. While it may seem like we’re backtracking, this route actually works out to be cheaper and more convenient for exploring SE Asia outside of the current Monsoon Season.

So, after recovering from Koh Phangan’s raucous Full Moon Party, we boarded an early-morning ferry back to the mainland, and embarked on a mind-numbing day of transport through Southern Thailand. Late that evening, we crossed the Thai-Malaysian border and arrived in our final destination, Georgetown, Penang. 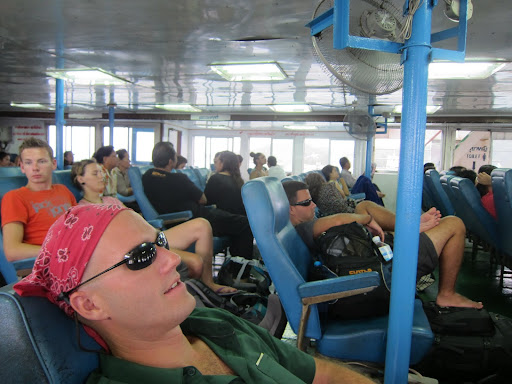 The British purchased the island of Penang from the Sultan of Kedah in the late 1700s, using it – together with Singapore and Melacca – as one of their strategic ports surrounding the Malay Peninsula. In an effort to foil the Dutch, they declared Penang a free port, and encouraged foreign settlers to tame the island’s uninhabited jungles. Settlers from China, India, Europe flocked here, along with ethnic Malays, each bringing foods, traditions, and practices from their native countries. 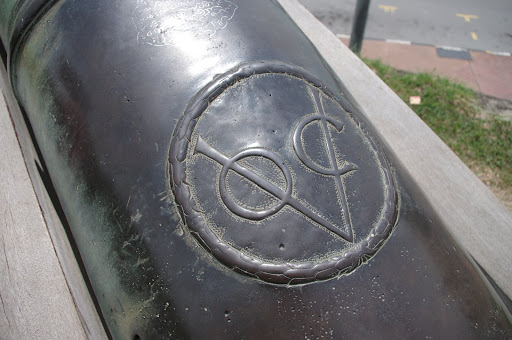 This multicultural heritage is still alive in Georgetown, the island’s bustling capital, where ethnic Malays, Chinese, and Indians have preserved their cultures and continue to practice their native traditions. In the city’s historical center, old colonial buildings and narrow streets host food carts, shops, art studios, and places of worship for this diverse population. Here, it’s not unusual to see a Muslim Mosque right next to a Chinese Temple, and across from a Christian Church, along with a Hindu festival passing by on the street. 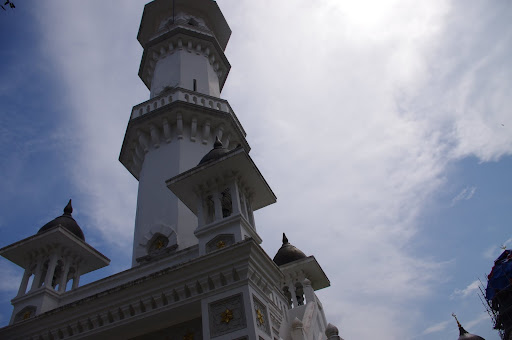 I had passed through Penang on my first trip to Malaysia eight years ago, but left with a bad taste in my mouth, most likely due to the cheap and filthy guesthouse I stayed at on Love Lane. Still, I wanted to give the city a second chance, and searched for a good budget alternative to the disgusting options found in the backpacker’s ghetto I stayed at last time. We settled on “Hotel Mingood” in the western area of the old town. Unfortunately, on our second night we encountered bedbugs (yuck!), and left in the middle of the night to check in to the nice 4-star Cititel Hotel. 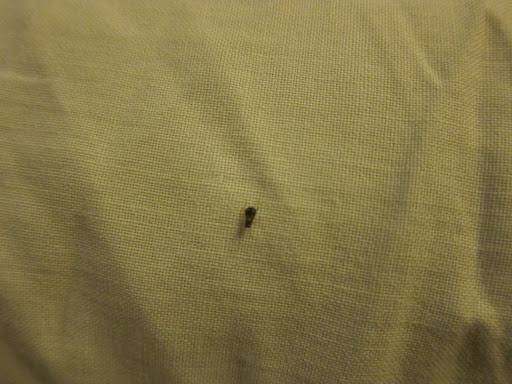 It was a nice treat to after such a terrible experience and luckily our new, wonderful, hotel featured an awesome breakfast buffet, with at least 100 different Western and Asian foods, including many local specialties.

We checked out many of the tourist sights in Penang, including the excellent state museum and the historic Fort Cornwallis, where the British set up their original settlement more than 200 years ago. 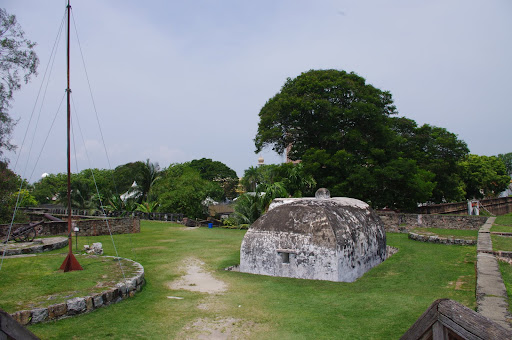 We also visited the Penang-Peranakan Mansion – the ornate home of a wealthy 19th-century Chinese trader. The museum houses some interesting antiques and examples of the rich Chinese elite, known as Peranakans (or Baba-Nyonas) which played a big role in Penang’s development. 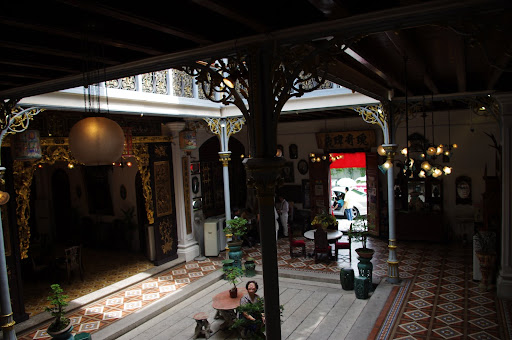 Above all, though, we simply enjoyed walking around this diverse city, sampling its famous food, and getting a peak into the daily lives of Georgetown’s residents. 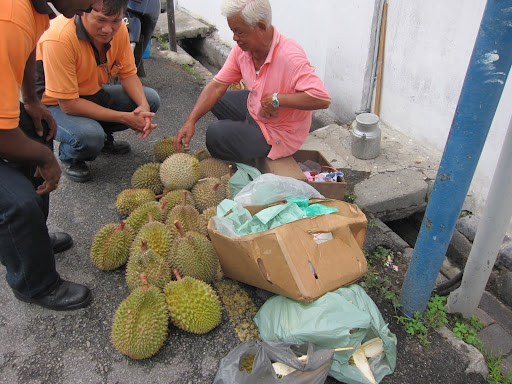 In the city’s Little India section, we found a food cart selling the best samosas either one of us has ever had. We routinely found ourselves figuring out a way to make a detour past this cart for one of the cheap and tasty treats (only $0.15 each!). 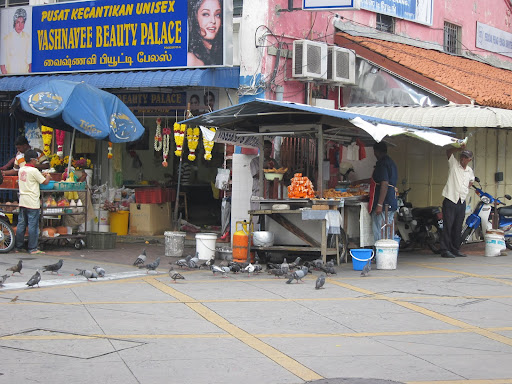 Elsewhere in Little India, we stumbled upon a small spice processing factory. The workers invited us in and showed us around, letting us check out the machinery in action along with some of the finished product – huge bags of powdered cumin, turmeric, curry powder, and the like. 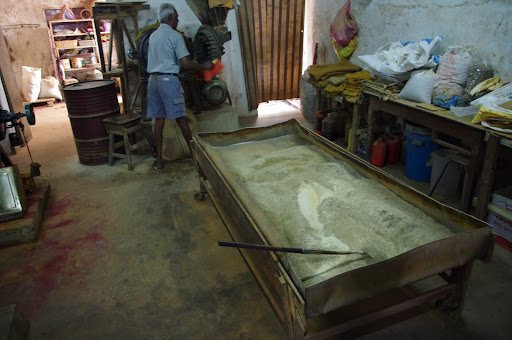 Near the Buddhist Kek Lok Si temple, we caught actors and musicians practicing a Chinese opera next to a small store which was making and selling fragrant joss sticks for temple devotees. 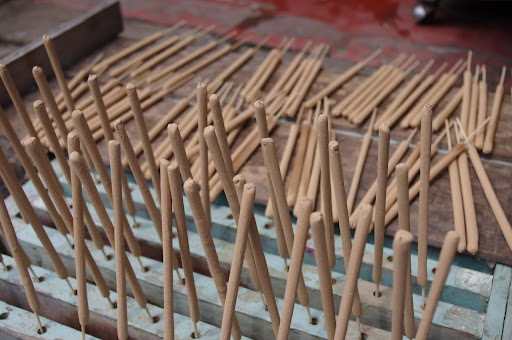 Little surprises like this popped up around almost every corner in Penang and we enjoyed losing ourselves in the city’s streets, soaking it all in.

2 thoughts on “Malaysia’s Colonial Past and Multicultural Heritage in Georgetown, Penang”