From the glorious waterfalls in Iguazu, we decided to splurge on our last overnight bus in South America to our final stop – Argentina’s capital, Buenos Aires. Onboard, we enjoyed a decent meal, complimentary wine and champagne and fairly comfy 175 degree reclining “beds.” But, somehow stopping in the middle of the night and being told we needed to change buses due to technical problems didn’t quite seem worth the extra costs. Still, when we awoke after some good sleep and a small breakfast, we had arrived at our last stop. Getting off the bus in Buenos Aires, the enormity of it all didn’t quite seem real yet. This was the end of our South American adventure. Bittersweet, indeed… 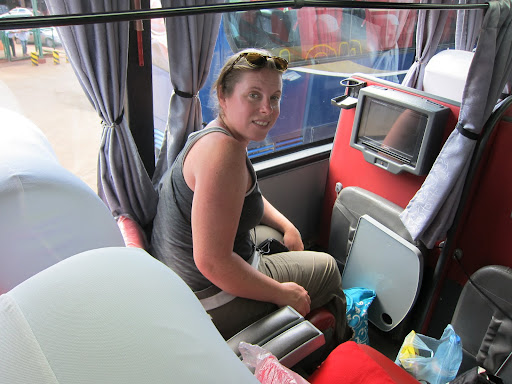 Since we added in our expedition to Antarctica, our original plan of settling in Buenos Aires and renting an apartment for a month was truncated to two weeks. Sadly, due to our last minute planning, we had missed out on booking our first choice rental apartment (the photos showed a lovely clean and cozy modern apartment), but Erik managed to snag us our very own one bedroom flat in the trendy Recoleta section of town. Having only finalized the booking just a couple of days before, when we arrived at 9am at the BYT office, we found out the apartment wouldn’t be ready for us until 4pm. We went to a cute tango themed café nearby and grabbed some more breakfast. It was here that I learned that eggs for breakfast would be a very tall order in Buenos Aires, where a typical breakfast consists of a medialuna (a croissant) or two and a coffee. My first order of eggs were very undercooked and the replacement eggs well overcooked. Ah, how I hungered for a real American breakfast…

After exploring the city for a bit, we met the rental agent at our new apartment. Traveling for nearly a year is beyond incredible, but all of the packing and repacking does take its toll. We were very much looking forward to the comfort and ease of having our own place, unpacking all of our stuff, having our own bathroom and kitchen and not having to wash pots and pans before eating, as we do when staying in hostels. 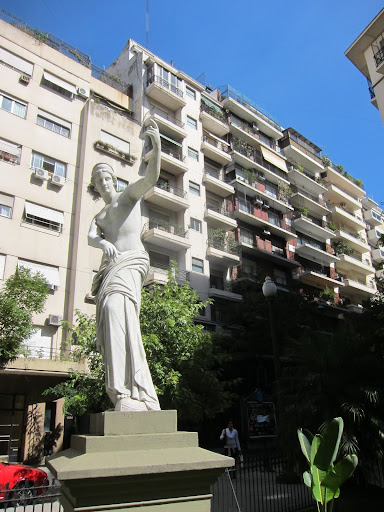 The flat was cute and cozy, but not exactly as pictured. It seemed much smaller in person and the kitchen was tiny with a handy parallel counter just inches away from the cabinets, leaving little room to move. But, once we put our bags down and chilled on the couch, we were happy to have a place to call home for a couple of weeks. 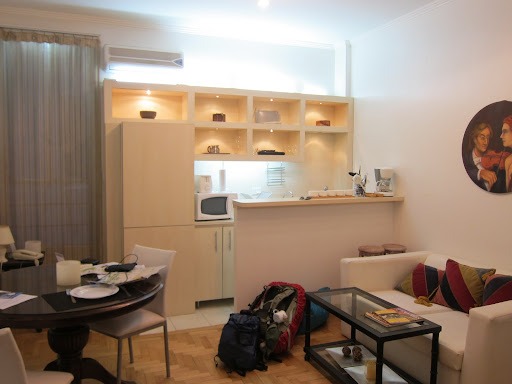 Recoleta is a trendy part of the city and sports a ton of high-end shops and restaurants. One trip to the grocery store and we had stocked our kitchen for a week’s worth of meals.

Our first item on the to-do list was to visit the famous Recoleta Cemetery. This fascinating cemetery covers four city blocks and holds over 5,000 mausoleums representing Argentinian and European styles. Each site is now said to be worth the equivalent of a one-bedroom apartment in the city! Many have intricate marble sculptures and memorials commemorating the lives of the entombed. 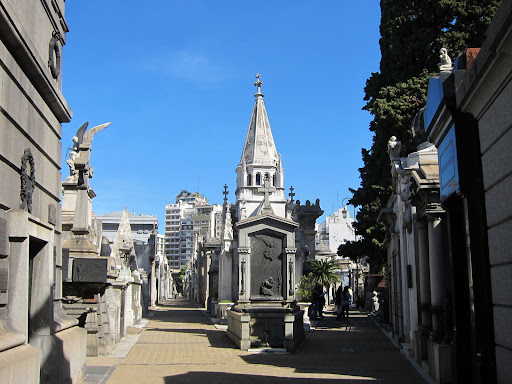 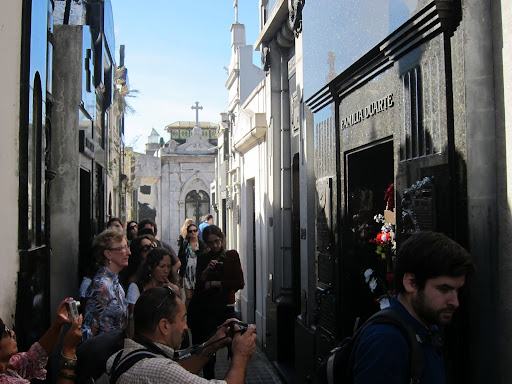 The cemetery is also the final resting place for poets, presidents, politicians, Nobel Prize winners, war heroes and several extremely tragic young women. I was very moved by two of these girls’ stories.

At age 24, Liliana Crociati de Szaszak was on her honeymoon in Austria. The newlyweds were sitting in their hotel room when an avalanche hit the hotel. Both were buried under the snow; her husband was found alive, but Liliana was not so lucky. Upon her death, her father was traumatized with grief and commissioned a lifesize copper statue of her and her dog, whose nose is well-worn from people rubbing his nose for good luck. The now-green statue gave me chills as the expression on her face is simply haunting. 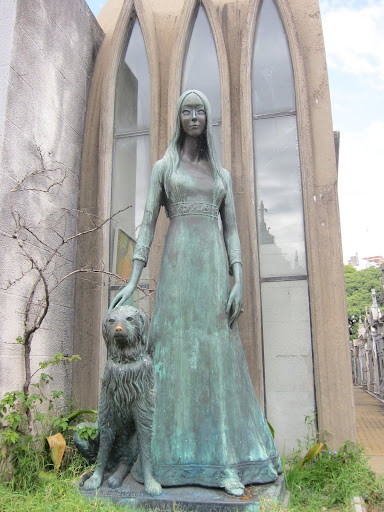 Even more chilling is the story of Rufina Cambaceres. On the night of her 19th birthday, she was getting dressed up for her party celebration. Rumor has it, a dear friend of hers informed her of the horrible news that her fiancé was having an affair with noneother than her own mother. Upon hearing the news, she collapsed into a cataclysmic fit, and was assumed dead.

A few weeks after her burial, a gravekeeper heard noises coming from her coffin. After her family requested the tomb be opened, scratches were found on the inside of the coffin. The poor young woman had been buried alive, but eventually died of a heart attack from the sheer shock and horror of it all. Many stories like this come from a visit to Recoleta Cemetery. 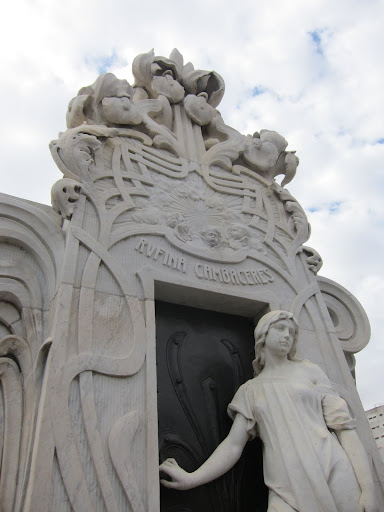 You can spend hours just walking around soaking in the eerieness of it all. It’s quite sad to see some of the tombs overgrown with weeds or with broken glass and flowers laying dead. It’s so sad to see what was once a beautiful memorial is now abandoned and forgotten.

It was nice to have a home base at last and we enjoyed exploring our new neighborhood’s restaurants, bars and shops. We were taking it slow and enjoying being in one place, but there was still a lot more to see in the great city of Buenos Aires…