Even though I was dealing with a nasty stomach bug, I braved the slow local bus to Jaipur, eager to get the hell out of Agra. It was an uncomfortable ride, but luckily the Immodium did its job and four hours later I arrived at the Jaipur Central Bus Stand.

I had phoned ahead and reserved a room at the Jaipur Inn, about a 15 minute walk away from the hectic bus station. Still feeling under the weather, I checked in and lounged around my room, enjoying a nice sunset from my private balcony. Monkeys swung around across the city’s rooftop, but luckily my hotel had been smart enough to put up metal grates keeping the mischievous buggers out. While the Jaipur Inn is supposed to have a great rooftop restaurant, I was still in no mood to eat. I was also not too impressed by what I had seen so far in Jaipur, and decided I would get a good night’s rest, take in the city’s sights the next day, and leave the day after that. 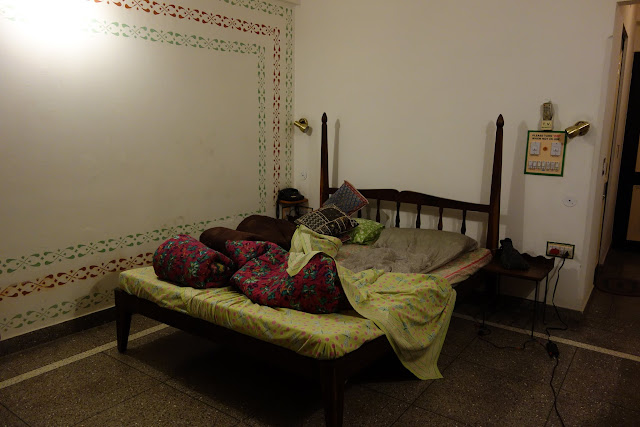 So, bright and early the next morning, I walked back to the bus station and bought a ticked from the official Rajasthan Tourism Development Corporation (RTDC) for the full-day city tour along with a luxury coach ticket to leave for Jodhpur the next day. 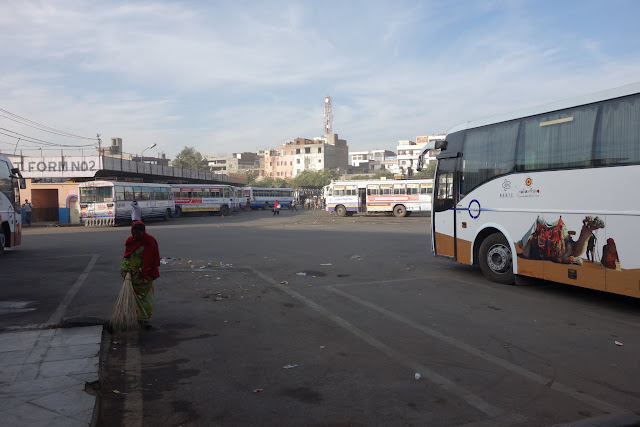 After enjoying an easy to digest breakfast of biscuits and water, the tour bus arrived a few minutes after 9am and I crawled on with a couple dozen tourists. The other tourists were all fairly well-to-do Indians, along with a fellow foreigner – Tami, from Israel.

It was a long day of non-stop sightseeing, taking in temples, forts, palaces, and other points of interest. It was probably too much to cram into one day, but I didn’t mind the fast pace in exchange for the convenience and cost effectiveness.

The Jantar Mantar royal observatory was a fascinating mix of gigantic sundials and other instruments for measuring astronomical phenomena. This outdoor playground of devices includes the Samrat Yantra, The Supreme Instrument, which at 90 feet high is the world’s largest sundial. You can actually see the shadow moving across the dial and it is accurate to within 2 seconds. 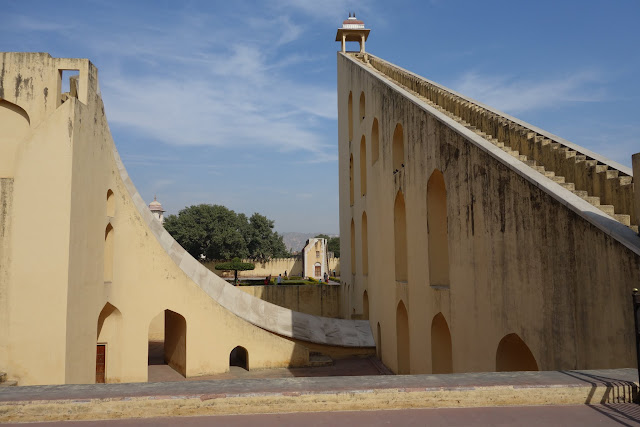 Jaipur has been known as the “Pink City” since 1878, when the Prince of Wales visited and the locals decided to welcome him by painting the entire town – you guessed it – pink. The color scheme has persisted, and to this day the old city is still full of original architecture pretty in pink. 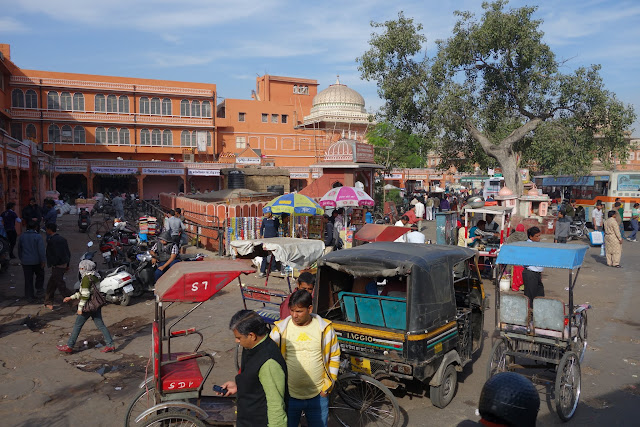 The City Palace occupies a large part of the old city. We stopped here briefly, checking out a few exhibits showcasing the royal collection of weapons and traditional clothing. 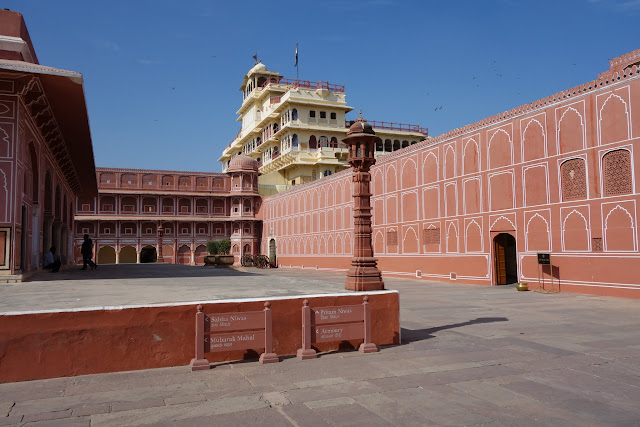 One of the most beautiful forts in the Jaipur area is the Jal Mahal, situated in the middle of Man Sagar Lake. Unfortunately, the palace is not open to visitors, but it still makes a beautiful sight. 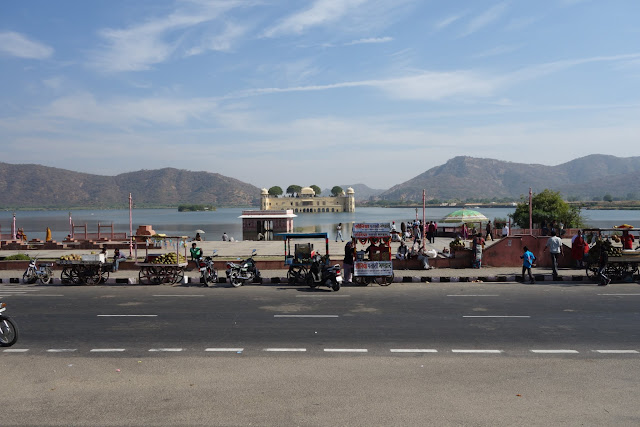 Our bus started climbing the incredibly beautiful Aravalli Hills, with a view down to the Jal Mahal and Jaipur. Here, we stopped for lunch at the Nahargarh Fort. 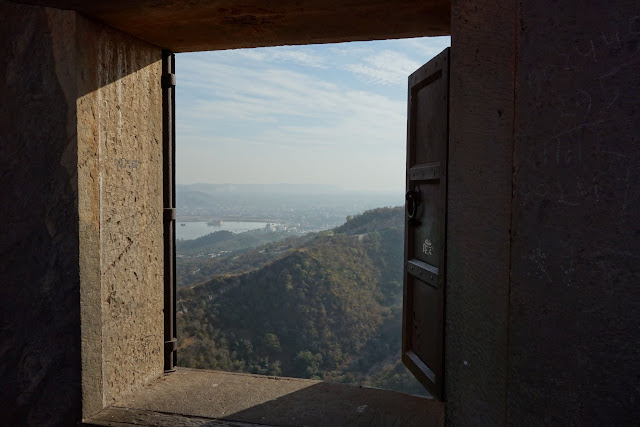 I decided to test my luck (and still rumbling stomach) with the vegetarian thali. 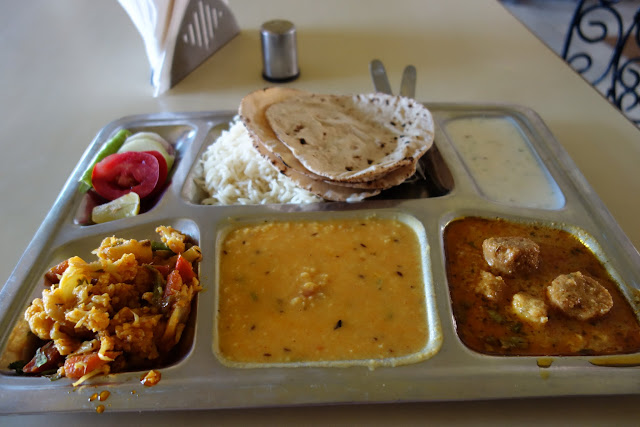 There were still more forts to explore. We continued on to Jaigarh Fort, home to the world’s largest cannon. At 31 feet long and 50 tons, it’s a behemoth, which required four elephants just to move it. It was built in 1720 and test fired the same year – the only time it’s ever believed to have been fired. The 100 pound cannonball flew 20 miles away and the crater created a pond! 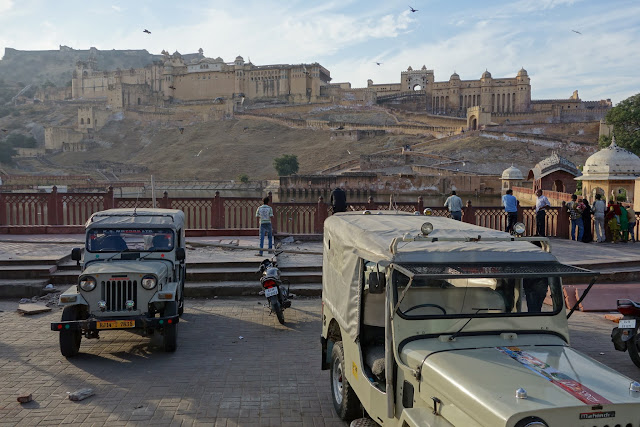 We continued on to the Amber Fort, where we decided to forego the elephant transport and take jeeps up the winding old streets of ancient Amber to the top of a big hill, where the fort stands. This was the most impressive fort of the day, with ornate courtyards, fountains, and gardens. 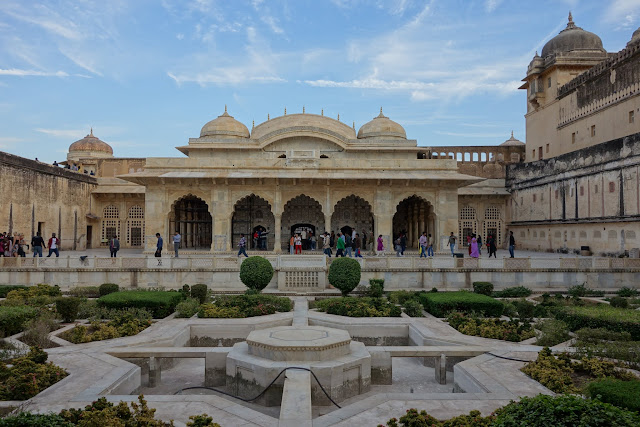 With the sun now dipping below the horizon, we made one final stop at the Kanak Vrindavan garden. It was getting too dark to photograph the shrubs and flowers, and by this stage I was growing weary after the long day. 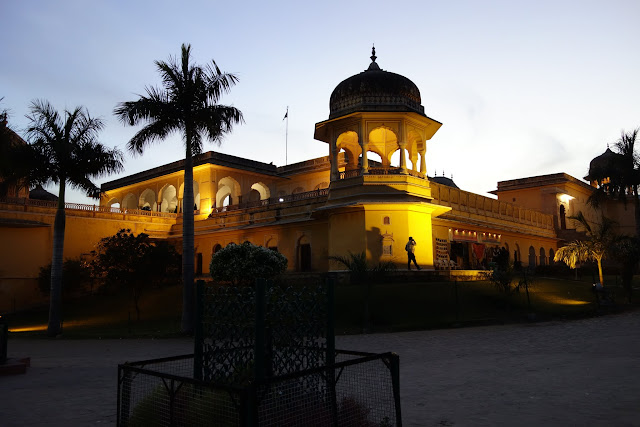 The RTDC Full Day City Tour was a great way to squeeze in the highlights of ancient Jaipur and Amber, all in a day. Satisfied that I could now tick Jaipur off the list, I returned to my hotel and relaxed, ready to take on Jodhpur.