I was only two weeks into my great Indian adventure, and things were really not going my way. Still suffering from a fairly serious case of Delhi Belly which was now compounded with a head cold, I found myself in Ahmedabad, the largest city in the State of Gujarat.

Ahmedabad is not a destination on most tourist itineraries, and I had no intention of visiting. I was here only because there were no trains available directly from Udaipur to Mumbai. Instead, I would have to spend a day (and night) in the city before catching the next train out of here.

Already under the weather, I spent much of the day in my hotel room. Luckily, it was air conditioned, had a TV, and internet. Eventually, I decided to set out and try to find a bank where I might be able to exchange a torn banknote. Indians are very fussy with their currency, and even a slight tear will leave you with a completely unusable note. I had heard that it is possible to exchange these at a bank with a passport, so that was my plan.

I came to a major intersection, carrying about six lanes of traffic with traffic lights and an officer controlling traffic. No other pedestrians seemed to be crossing, and after studying the intersection for a while it appeared this would be very challenging. While autorickshaws and cars were coming to a complete stop, following the traffic light, there were two lanes of non-stop motorbike traffic. 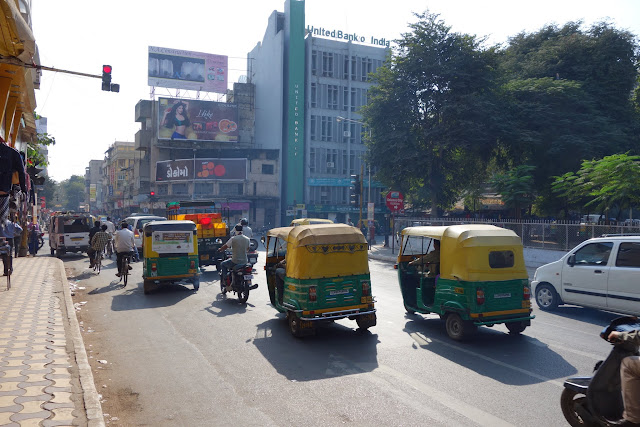 I let the light change a few times to get a feeling for the rhythm before darting across. Passing in front of the stopped cars was easy; I only had the two final lanes of motorbike traffic to cross.

The motorbikes were moving at a good clip non-stop, without any room in-between. Soon, the red light preventing the cars from moving turned green and I was suddenly enveloped by cars and motorbikes moving around me on all sides.

Crossing a steady stream of motorbikes was nothing new. During our time in Vietnam, we got used to this. There, it was possible if you maintained a steady pace and didn’t stop. I thought I would use the same technique, hoping the motorists would see me moving and maneuver around me.

It’s like it happened in slow motion. I could see a motorbike coming right at me, with two men on it. Realizing I was trapped, I stopped and watched as the bike swerved, then tipped on its side and bumped into my shin. It was coming to a stop just as it hit me, so luckily I was not seriously injured. The men on the motorbike were not as lucky.

I helped them on to their feet and we wheeled the motorbike onto the side of the road. I was worried what would happen next. Would I need to talk to the police? Would they ask for my money? Accidents in India do not usually involve insurance companies. The settlement is made on the spot, in cash, with mobs of angry witnesses acting as judge and jury.

The traffic cop soon joined us. Not only was I still in a state of shock from nearly getting killed, I was now worried about what might happen next.

One of the men from the motorbike asked me – like many other people in this country – “where are you from?”

“I’m from the United States. I’m very sorry. Are you OK?”

Holding his bloody knee and limping, the man said “This is nobody’s fault. These things happen. It’s OK.”

The traffic cop told me to move on. And so I did.

Still shaking, I doubled back towards my hotel, stopping at the fancy House of MG restaurant for a banana lassi to calm my nerves. 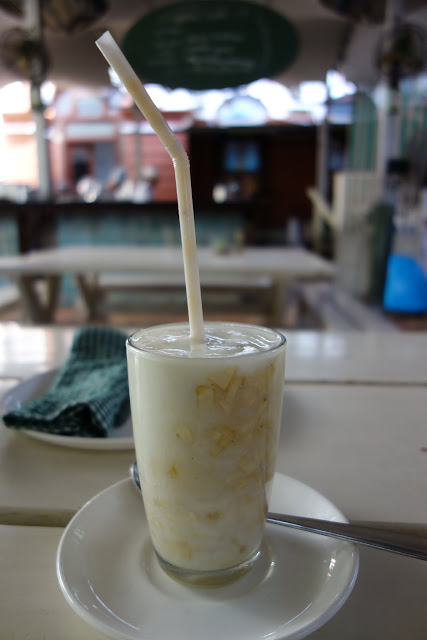 Back at my hotel, safe from the city streets, I turned on the TV, cranked the AC, and drowned out the honking and commotion of the traffic outside. I felt exceptionally lucky, while at the same time feeling awful about the men on the motorbike. It seemed unreal. Did that really happen?

My leg was still a little sore, where the bike had hit me.