Everyone knows about the Taj Mahal in Agra – one of the most famous buildings in the world and an icon of India. But the Taj is not the only elaborate and beautiful Mughal tomb. India’s capital, Delhi, is home to a number of these gorgeous structures, and Humayun’s Tomb is arguably the finest.

In fact, this was the very first Persian style garden tomb built in India. After the second Mughal Emperor Humayun died in 1556, one of his wives spent seven years and a huge sum of money to construct a grand final burial place for her husband. 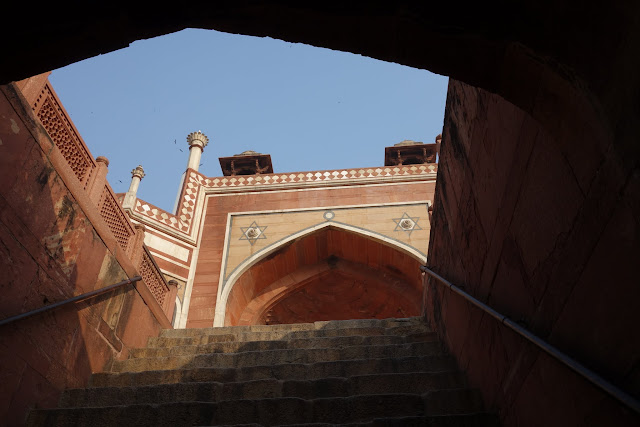 Ornate Persian gardens were planted on the grounds surrounding the tomb, complete with water fountains and reflecting ponds. But in later years, the Mughal capital moved to Agra and the monument fell into disrepair. The decorative inlays and fittings have since been lost, but the tomb is still an impressive sight. 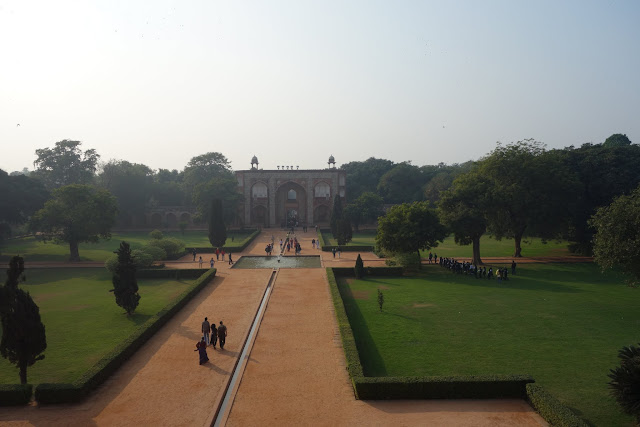 I checked out the gardens and tomb with Vikas, my new friend from the Delhi Hop On Hop Off tour.

Humayun’s Tomb is often called the “Mini Taj Mahal” due to the similarities with its better-known cousin in Agra. If you are visiting Delhi and don’t have the time to make it to the Taj Mahal (a three hour train ride away), Humayun’s tomb is an excellent substitute. Even President Obama visited here in 2010 during his trip to India! 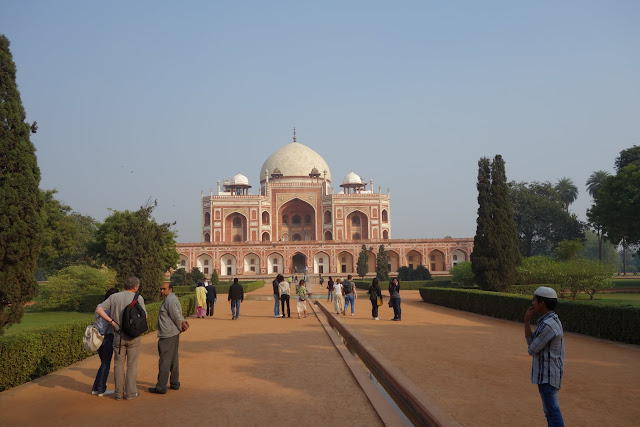 Humayun’s Tomb is located in South Delhi, near the JLN Stadium metro station.