On September 30, 2010, large-scale police protests brought the country of Ecuador to a halt. Airports, roads, schools, and most businesses were shut. Looting and riots broke out in cities where police had abandoned their posts. The situation escalated when President Correa was injured while confronting an angry crowd and brought to a hospital, where he was held captive by members of the police. Over the night, a special operation was carried out to rescue the President, with hundreds of loyal military and police supporters fighting the rebellious captors. Many signs seem to indicate these events were part of a failed coup d’etat.

While all this was taking place, Heather and I were in the small beach town of Montañita, Ecuador, following the news reports and trying to figure out what to do with ourselves. The next day we needed to travel to Guayaquil, Ecuador’s largest city, to catch a flight to the Galapagos Islands. The trip had been scheduled for weeks, with a large sum of money paid in advance. While we didn’t want to lose out on seeing the Galapagos, we were concerned about our safety traveling to Guayaquil the next day – not a particularly safe city to begin with – which was now gripped by lawlessness.

We decided to go to bed and reevaluate the situation in the morning. 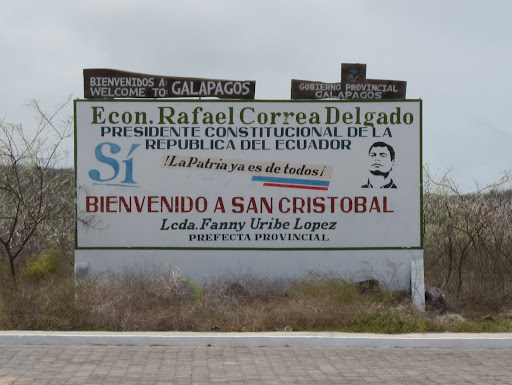 After waking up the next day, I called our tour operator, which assured us the tour was still on. Next, we checked the Ecuadorian newspapers and TV channels, which seemed to indicate that the police had returned to work, and that order was returning, even though the President had declared a temporary “State of Emergency”. With the news looking better, we decided to make our way to Guayaquil.

Everything seemed normal that morning – the bus arrived right on time, businesses were open as usual, and police were back on the streets. Just to be safe, though, we checked into a fancy Marriot Courtyard hotel, to spend the night before our early morning flight.

Finally, the day arrived. We were going to the Galapagos! 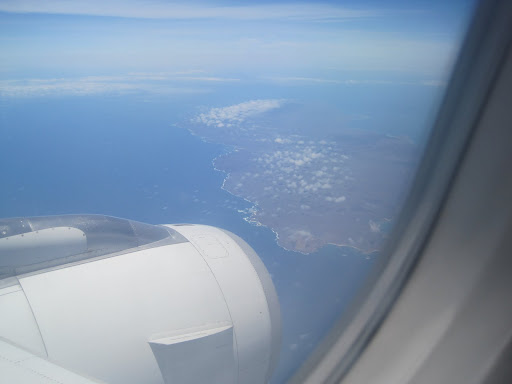 The Galapagos are a series of volcanic islands set some 1,000 km off the coast of Ecuador. The only way to get there is to fly, and the only way to see all the different islands is by boat. This, of course, makes visiting the Galapagos an expensive proposition. Since we were already in Ecuador and had a flexible schedule, we were able to book a last-minute trip, saving us a decent amount of money compared to the cost to book this trip from back home. As I’m prone to seasickness, we booked the largest ship sailing the islands – the 100 passenger M/V Galapagos Explorer II. It was definitely a “splurge”, but we decided it was worth it for this once-in-a-lifetime trip. 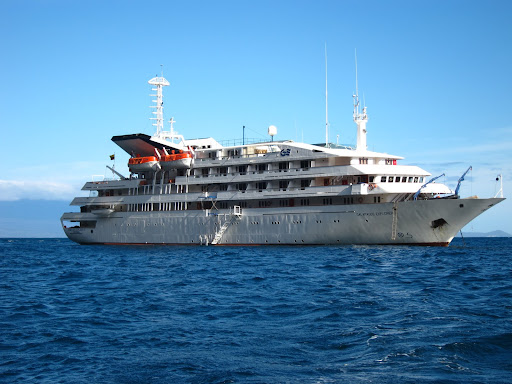 After a 1.5 hour flight, we arrived at the small airport on Baltra Island and boarded a bus to reach the port where the Galapagos Explorer was docked. On the way there, we spotted a land iguana, pelicans, and some adorable sea lions playing in the aqua-blue water of the port. 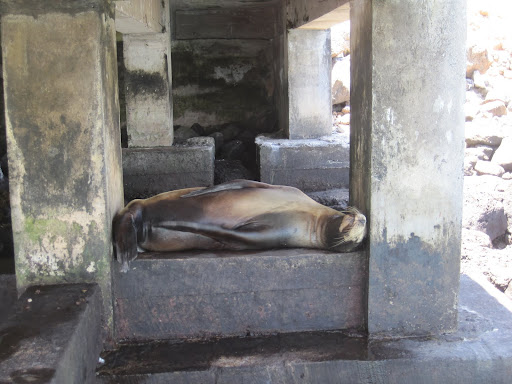 A few zodiacs tendered us and our luggage to the ship, where we were greeted by the crew and shown to our very luxurious cabin. 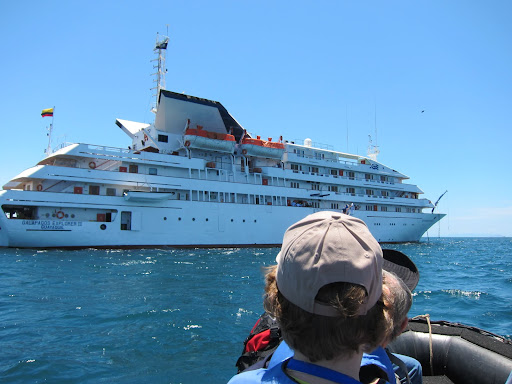 Due to the political crisis, many people were forced to cancel their trip plans. We were lucky to be 2 of only 40 passengers on the ship – less than half the usual number. This made for a quiet atmosphere, with plenty of space, good attention from the crew, and the opportunity to get better acquainted with our fellow “cruisers”. 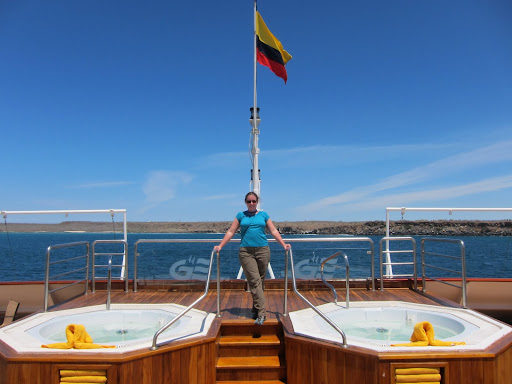 This was, of course, no normal cruise. Each day involved a wake up at 6:30 a.m. over the public loudspeaker, followed by breakfast at 7, the morning island visit, returning to the ship for lunch, another island visit in the afternoon, dinner at 8 and an evening activity or two. Usually, the two daily visits to the islands involved hiking around with one of the ship’s naturalist guides, though in some cases we were given a boat tour from the zodiacs or allowed to snorkel. The water was freezing cold, but luckily wetsuits were provided. 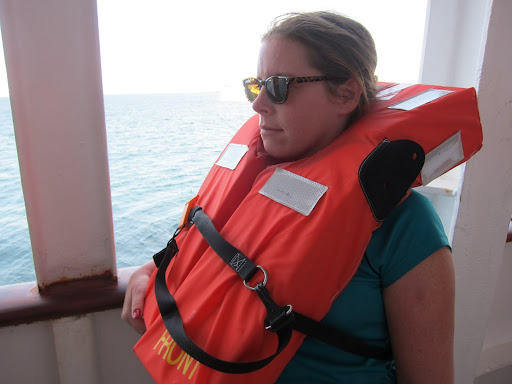 While the highlight of the tour was the time spent exploring the islands, we also thoroughly enjoyed the time spent on board the Galapagos Explorer II. Our spacious and comfortable cabin, the good food, and the social atmosphere all made for an unforgettable experience. 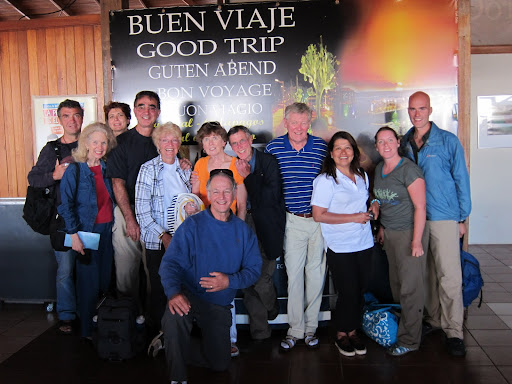 Our next post will talk about the star attraction – Galapagos’ magical wildlife!