After our hike through Colca Canyon, we decided to check out a couple of the highlights in Arequipa.

The famous Santa Catalina Convent was quite a sight. After being a private convent for 450 nuns (and their servants) living in total seclusion for over four centuries, this convent was opened to the public in 1970. This convent is unique in that it comprises a city within a city. It is a miniature walled city with its own streets within the city of Arequipa. 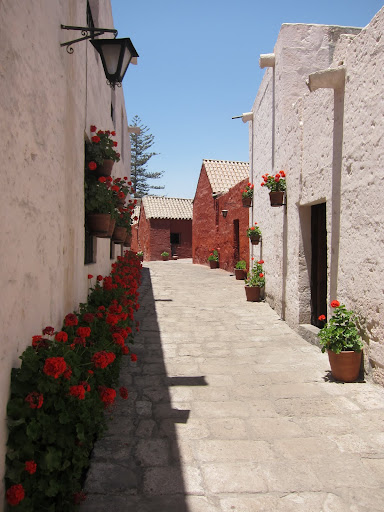 There are many typical rooms and kitchens (lots of kitchens – the nuns are well-known for their baked goods) complete with tools and furniture from the period. Many rooms were connected by small secret pathways. I liked the washing area filled with huge clay pots overflowing with running water. The convent has been nicely refurbished with traditional colors of bright blue, white, and rust and the streets are lined with fresh red geraniums. With its large size and similar layout, the maze got a bit overwhelming. But, it was interesting to see this massive self-sufficient convent city. 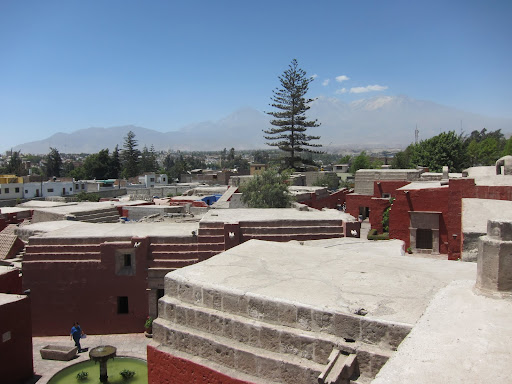 Then, we went over to the Museo Santuarios Andinos. This museum was really interesting. First, we were shown a video of the discovery of the famous “Juanita” mummy. What we thought would be a boring movie turned out to be very fascinating. Then, we were guided through artifacts that were found with the frozen Inca mummies of children who were sacrificed to the mountains and volcanoes. It was so sad to hear that they knew from a very young age that they would be sacrificed, but they also knew it was an honor. Only the most pretty and handsome children were chosen, and between ages 8 & 14, they began their oftentimes months long journey over many miles and through mountains to the place where they would be sacrificed – the top of a mountain or volcano. It was often thought that if a child was sacrificed, an erupting volcano would settle down. 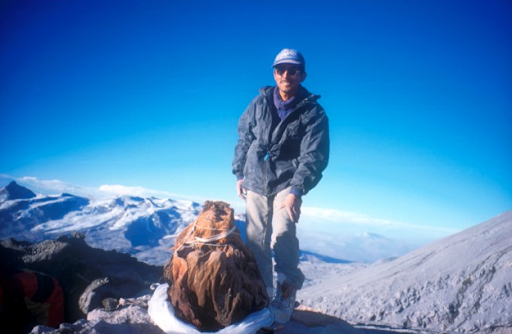 Unfortunately, we have no photos from this museum as photography was prohibited. But, we saw many small gold statues of animals, clothing, jewelry and pottery that were buried with the children at their sacrificial ceremony.

Finally, it was time for the main attraction – mummy “Juanita.” Juanita, also known as the “Ice Maiden,” was found by American archeologist Johan Reinhard who found her atop Mount Ampato, a very high mountain next to an erupting volcano. She sat atop that mountain for around 400 years. When Reinhard found her, because of seismic activity from nearby volcanoes, she had shifted from her completely frozen position and her face was exposed for what they assume was just 15 days. Her body is very well-preserved as she was basically completely frozen. 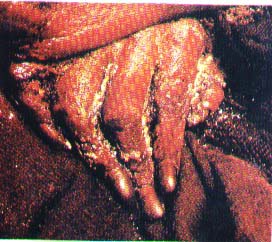 But, the tragedy of her life and death continues – because her face was exposed to the elements for just two weeks, it was badly dried and damaged and is in far worse condition than the rest of her body. Even her organs are intact! It was so incredible to see her skin and hair so well-preserved. They keep Juanita in a lucite box at a low temperature to preserve her. We were so lucky to see this important piece of Incan history. She is only there half of the year; the rest of the year, she tours around the world as people worship her almost as a goddess.