We spent 5 days and 4 nights on the Amazon river at Cumaceba Lodge, near Iquitos, Peru. After some amazing jungle and wildlife encounters earlier in our trip, such as Tortuguero in Costa Rica, we had high expectations and were looking forward to exploring the largest rainforest on Earth.

Just getting to the lodge was an adventure in itself, which you can read about in our earlier post.

The first day at the lodge, we were taken through the neighboring village to a local person’s yard, where we saw monkeys, a boa constrictor, a sloth, a baby caiman, a toucan, and a turtle. Some of the monkeys were a little aggressive, running after and biting a boy in our tour group. Others were very docile and sweet. We fed fruit to some of the better-behaved ones and held them in our arms. 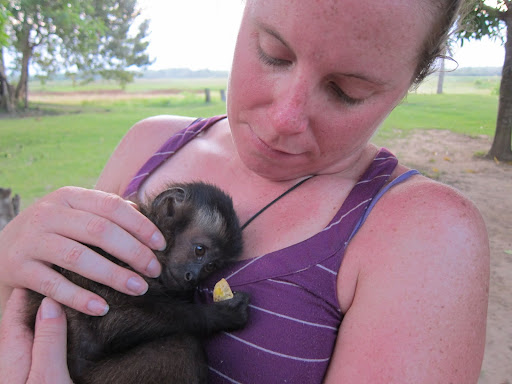 We were a little disappointed that we were not seeing these animals in the wild. The locals operate these “zoos” in order to make money off tourists like us with little regard to the health and happiness of the exotic animals they are keeping. Sadly, these animals are often released back into the jungle when they are older, where they are unable to survive after so long in captivity. 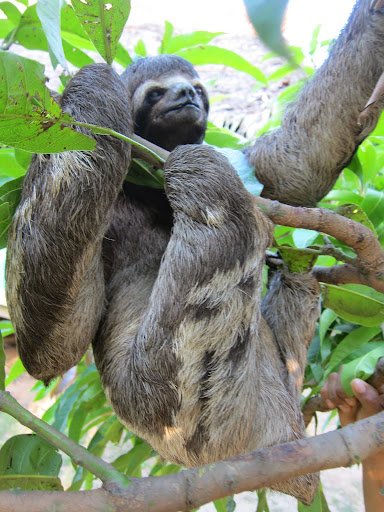 The next day, we were taken to a local “Yagua” indigenous tribe, where our faces were painted with a red dye from seeds of a local plant and we took part in a traditional dance. 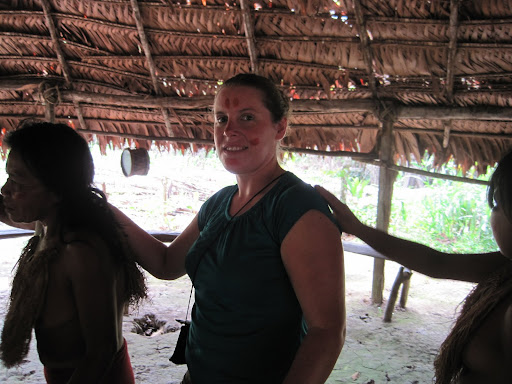 After working up a sweat dancing, the chief invited us to try hitting a target with one of their blow dart weapons, which they use for hunting small birds and mammals. The dart was surprisingly easy to shoot, and I was able to hit the target on the second try. 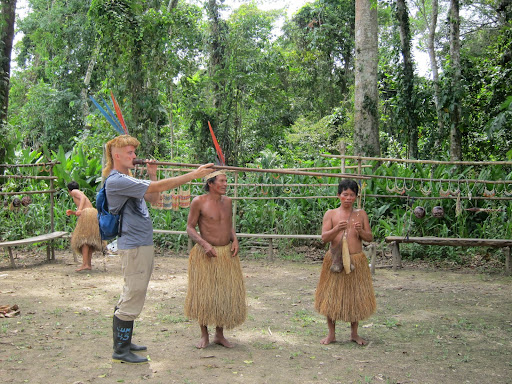 While this visit to the Yagua was interesting, we couldn’t help but feel like it was all a big show run for the tourists. After the dance and blow gun demonstrations, we were surrounded on all sides and pressured into buying souvenirs. We pitied the natives desperation and felt very awkward about the whole thing. I asked our guide what they do with the money; he told me they use it to buy sugar, flour, and cigarettes. 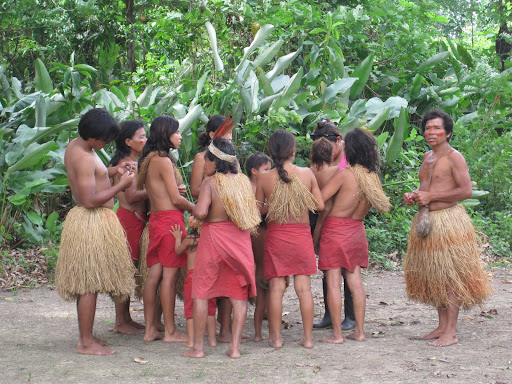 One of my favorite activities at the lodge was Piranha fishing. We spent a couple hours one morning in a small boat, first catching Sardines, which we used as bait for the Piranhas. While we had a lot of nibbles, they were difficult to catch. Our guide and some of the other people in our group caught a couple, which we fried up for lunch. While there wasn’t a lot of meat on them, they were surprisingly delicious. 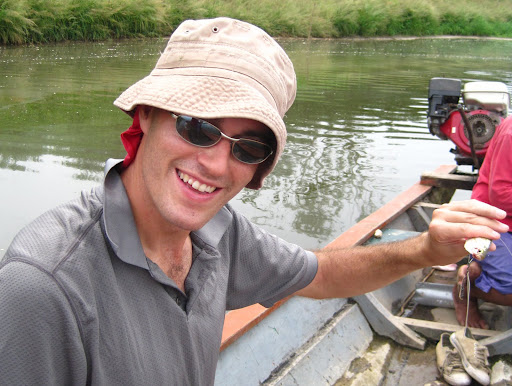 Other favorite activities were the night walk and night canoe rides. During the night walk, we saw a ton of spiders, a praying mantis, and a gigantic bullfrog. At one stage, a large family of spider monkeys passed above us in the trees. Our guide made us turn off our lights and stay still, while he told us stories about “diabolical monkeys” which can attack humans walking alone in the jungle. Nice touch. 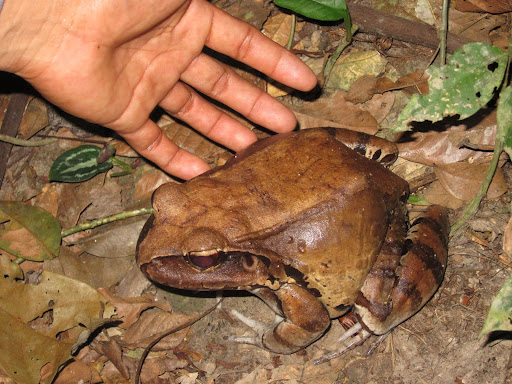 As we were arriving back at the lodge, we ran into another group, which had found a 6-foot long Rainbow Boa. It was beautiful, but scary to think that this snake was lurking only a few feet away from our huts. 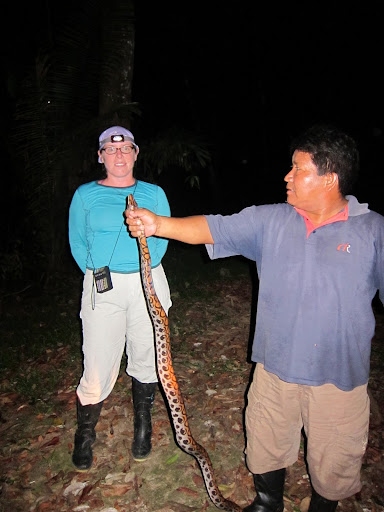 During the night canoe rides, we looked (unsuccessfully) for caiman, spotted a ton of spooky fish jumping out of the water, and heard and saw many frogs. 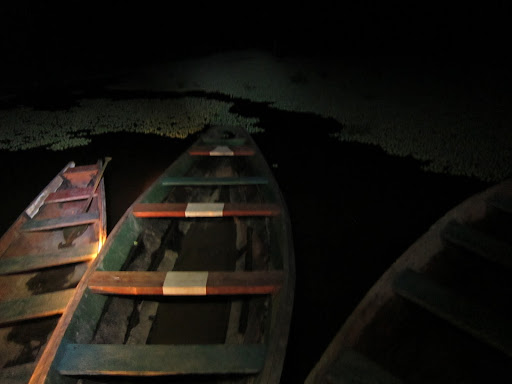 Another highlight was seeing Pink Amazonian River Dolphins (called “Bufeos” by the locals). We were able to see a few of these fascinating creatures from the shore at a nearby inlet and on some of the many boat rides we took.

On the final day, we were given the option to swim in a canal off the Amazon (apparently it’s too dangerous to swim in the fast-moving main part of the river). After some hesitation over Piranhas and Anacondas, we decided to jump and cool off in the refreshing water. 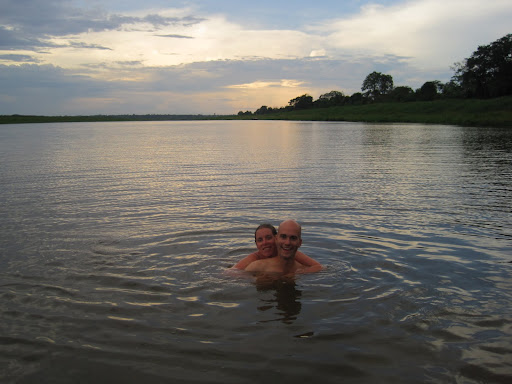 In the end, we had a nice time in the Amazon, though it wasn’t quite what we expected. The artificial experiences of visiting the exotic animal “zoos” and indigenous people left us with a bad taste in our mouths about the whole thing. While the food and accommodation at Cumaceba Lodge were good, if we were to do it all over again we would look for a lodge deeper in the jungle that focused on more authentic wildlife experiences.

1 thought on “Exploring the Peruvian Amazon”