Rajasthan is one of India’s most popular states, drawing in tourists from near and far with its dramatic landscapes, spicy food, and rich history. After visiting Jaipur and Jodhpur, Udaipur would be my final stop in Rajasthan. I was enjoying it, but after a while all the ancient forts, palaces, and temples start to get a little old. 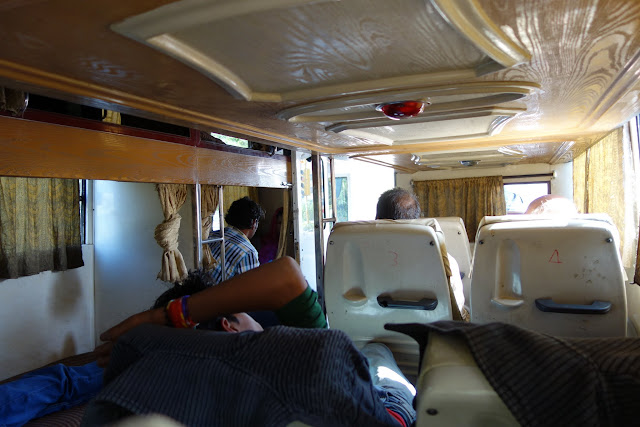 I met René, a young Spaniard just getting started on a grand RTW adventure, while waiting for the bus to leave Jodhpur. It was nice to have someone to chat with on the long journey to Udaipur. As usual, the bus was late and far from luxurious. With “palace on wheels” stenciled along the sides we were expecting more. 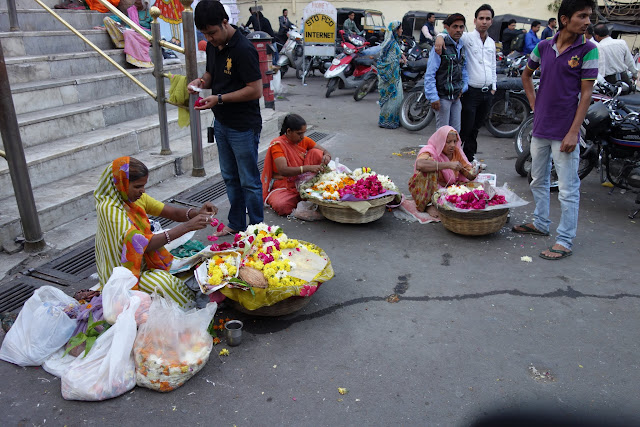 Finally in Udaipur, René and I split a nice room in the historic part of the city on the edge of beautiful Lake Pichhola. Exhausted from the journey, and now coming down with a cold following two weeks of hellacious “Delhi Belly”, it was nice to relax on the hotel’s rooftop and soak in the view. 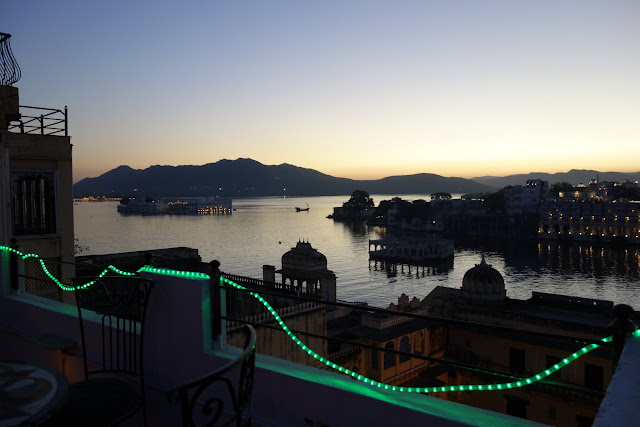 They call Udaipur the “Venice of the East”. Of course, they also call Malacca, Malaysia the same thing. Whatever you want to call it, it’s still a nice and relaxing city. 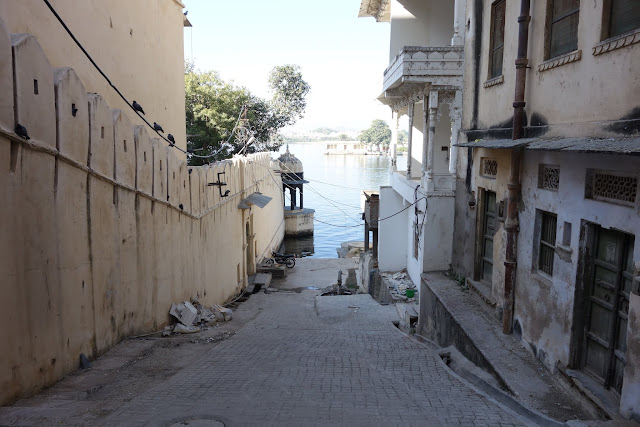 Besides the palace, there isn’t that much to do in Udaipur, which is part of the beauty. René and I took walks through the twisting alleyways, around the ghats, and even took a boat ride out to a small island on Sagar Lake. 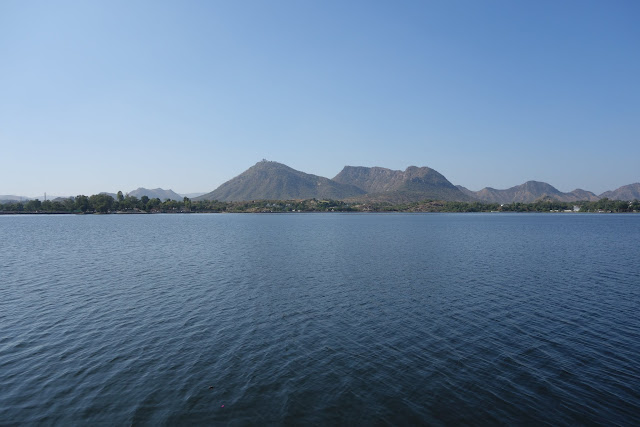 Udaipur was featured in the James Bond classic, “Octopussy”. In one scene, Bond swims up to the lair of Octopussy – a floating palace in the middle of the lake. This is in fact the Taj Lake Palace, which these days has been converted into a luxury hotel. 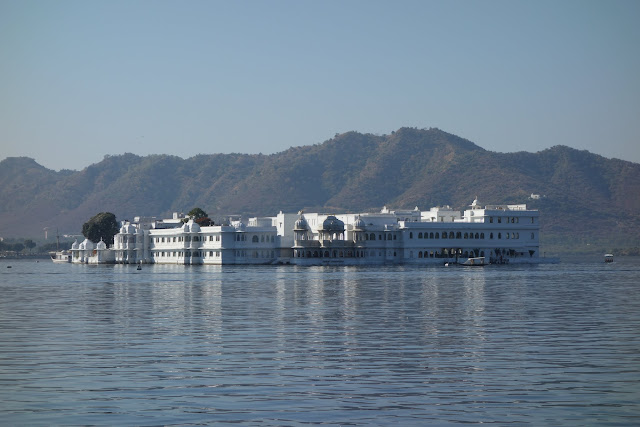 Walking around town, we saw signs for a local yogi. Neither René nor I had ever attempted yoga before, and decided to give it a shot while in town.

We showed up, listened to a tape loop of chanting “ohms”, and started stretching. It quickly became clear this was not for beginners! As a final move, our yogi demanded we attempt a head stand. René pulled it off fairly easily (turns out he is a climber!). Meanwhile, I think I broke something.

On our way out, someone else from the class confirmed this was not meant for first-timers like us.

With my stomach starting to feel normal again, I devoured a delicious Thali lunch. It tasted as beautiful as it looked. 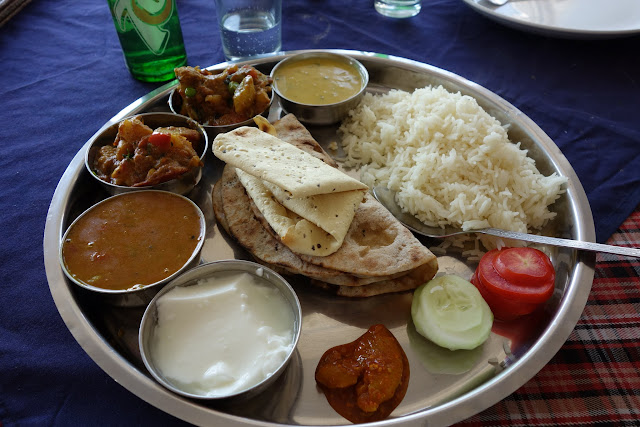 But in the end, that might have been a bad move. As I prepared for the overnight train journey to Ahmedabad, my stomach started to rumble. Damn!

2 thoughts on “On the Lake in Enchanting Udaipur, Rajasthan”