We should have known what we were getting into. Across Southeast Asia, backpackers had told us about the tubing in Vang Vieng. Like the Full Moon Party on Koh Phangnan, Thailand, Vang Vieng draws in a group of party-hardy youngsters looking to get ridiculously drunk and perform acts of extreme stupidity.

As slightly older (and in theory, wiser) members of the backpacker circuit, we decided to approach tubing the same way we approached the Full Moon Party – with caution. The idea of tubing down the river actually sounded nice and relaxing, minus the binge drinking and dangerous antics.

So, after thoroughly depressing ourselves in Phonsovan with the legacy of unexploded ordnance from the Vietnam War, we boarded a bus for a ride through the beautiful jungle-clad mountains of Laos to little Vang Vieng. 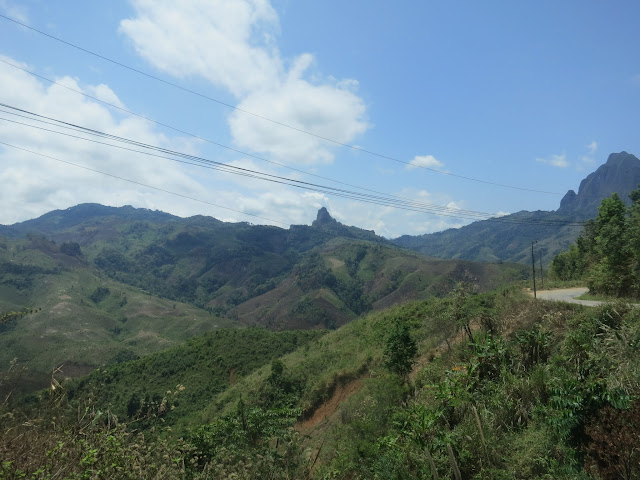 After getting dropped off at the highway on the edge of town, we started making our way down the main street to look for lodging. It was immediately clear how Vang Vieng is 100% designed to accommodate backpackers. Signs in front of almost every bar and restaurant advertised “special pizzas” made with cannabis, magic mushrooms, and other psychedelic toppings. 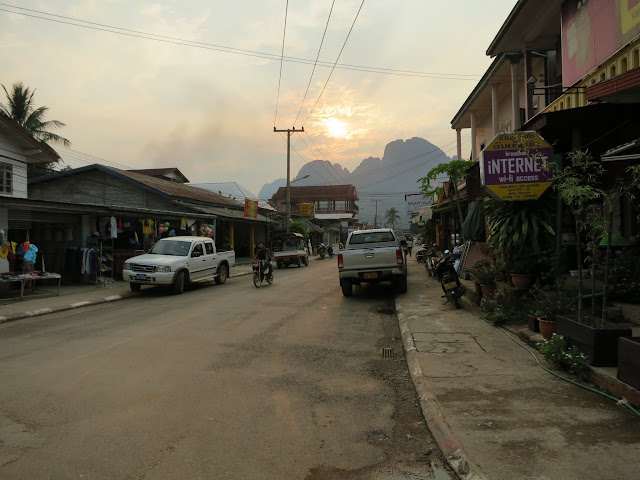 While there are lots of different restaurants and bars in Vang Vieng, really there are only two choices: Family Guy or Friends. Everyplace in town seems to feature one or the other, with episodes playing on big-screen TVs to spaced out backpackers sprawled across mats on the floor. Of course, Heather wanted to only visit bars showing Friends and I only wanted to visit those showing Family Guy. 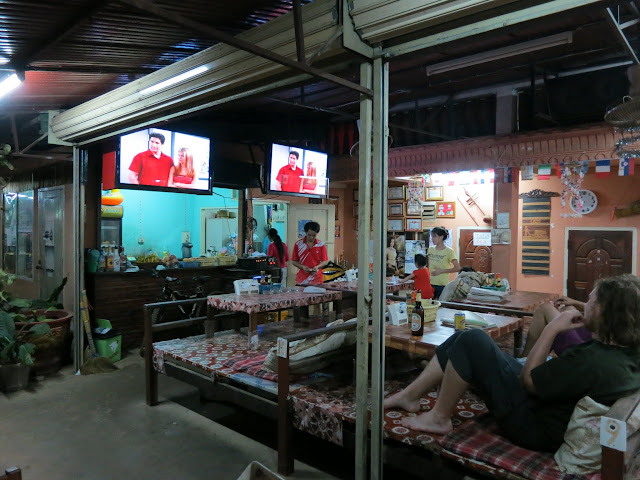 Most people spend their days “tubing” down the river, stopping at bars lining the riverside and getting loaded on an endless supply of beer, local “lao-lao” rice whisky, and an assortment of narcotics. Those that manage to make it back to Vang Vieng and haven’t blacked out continue partying it up late into the night at a little river island in town. Some people stay here for months doing this day-in, day-out. 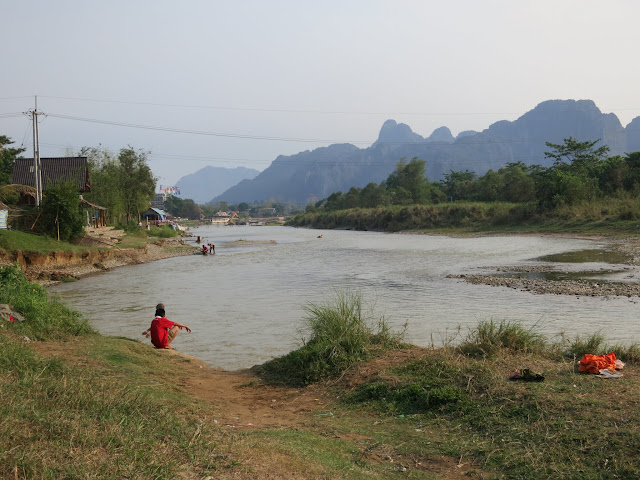 That first night, we stopped by Smile Bar on the island to check out the scene. We were greeted by loud, distorted techno music blaring from crappy speakers. Revelers were drinking “buckets”, dancing, and playing with fire (generally a bad combination). 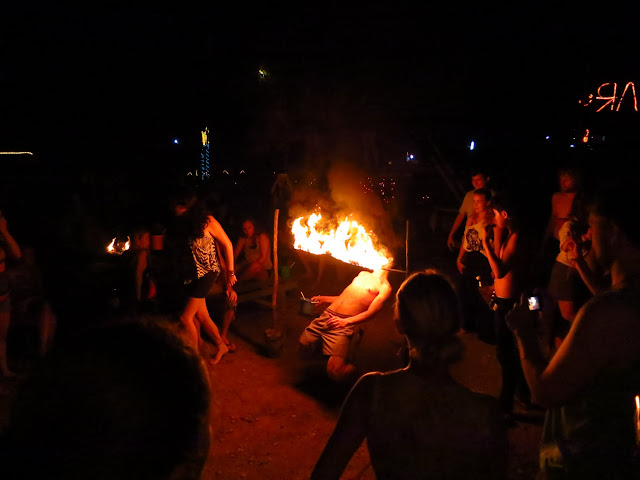 Once again, we were reminded of the Full Moon Party on Koh Phangnan, where equally dumb and drunk backpackers were pretty much doing the same thing. 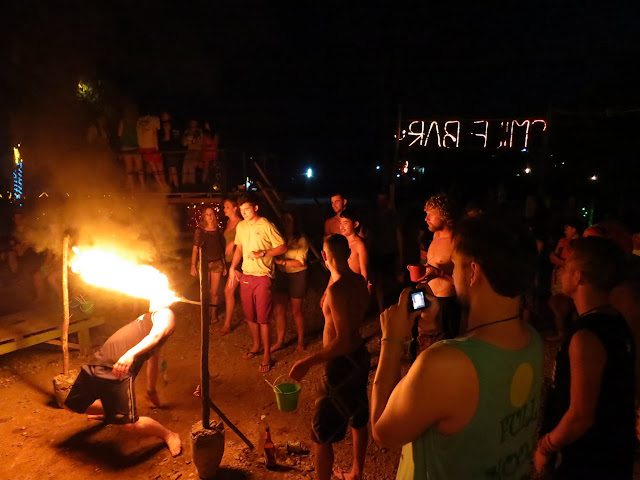 After just one drink, we’d had enough and hunted down a quiet place to decompress and watch a few back-to-back episodes of Friends (yes, Heather’s idea). 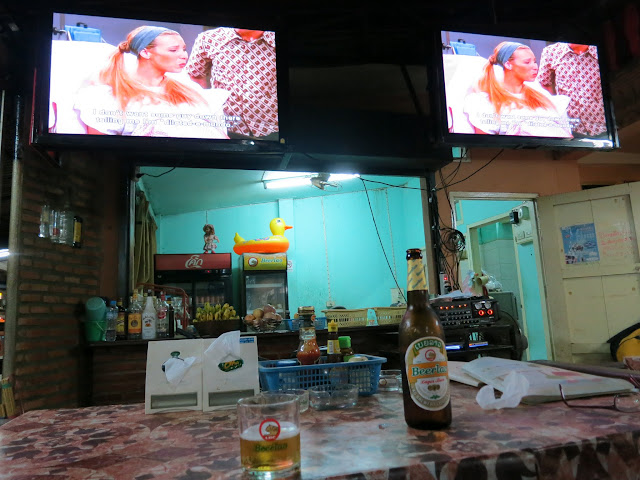 The next day, we decided to take a crack at tubing. Having read many tales of tubing-related deaths and injuries, we decided we would limit the drinking and try not to do anything stupid. It would turn out this is easier said than done.

That morning, at breakfast, we met a Swedish guy in the cafe that told us what we would be able to expect. He was slurring his words and had his toe wrapped up in a bunch of bandages. While tubing one day he snapped his big toe nail right off.

“Don’t even bothering renting a tube. Just get a tuk tuk down to the riverside and swim between the bars”, he told us.

Scared we might end up like this guy, Heather and I vowed to watch each other, make sure we didn’t drink too much, and take it easy. 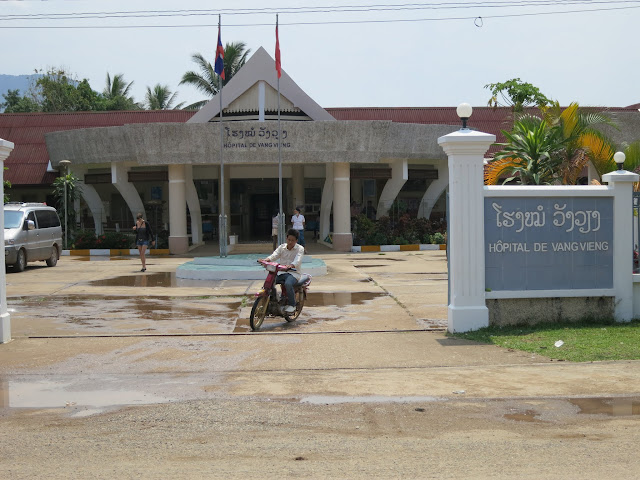 On the tuk tuk ride out to the starting point, a couple miles upstream, we met a nice couple that wanted to take our same approach. We decided to team up and tackle the river together.

Before we even had a chance to set our tubes in the water, signs directed us to the first bar, where we were offered free shots of lao lao. We all wanted to actually get tubing, but we were convinced we had to stay.

“It’s too early! You can’t start tubing yet!”

And thus, the drinking began. After two beers each and more than an hour, we decided we had had enough. It was time to hit the river! 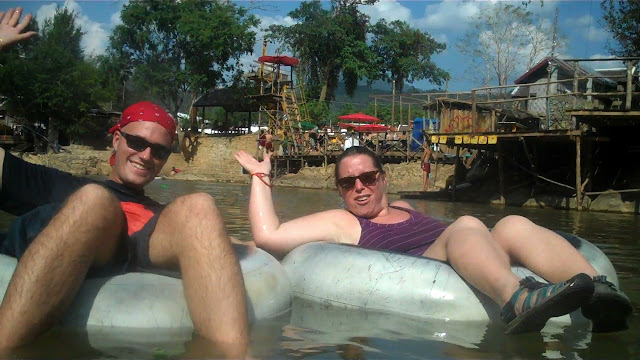 Alas, we didn’t make it very far. Touts at the bar right next door dragged our tubes in and started free pouring shots. So far, this was not going to plan.

We had literally been roped in to the all-to-common and all-to-dangerous Vang Vieng tubing scene, despite our best intentions to avoid it. 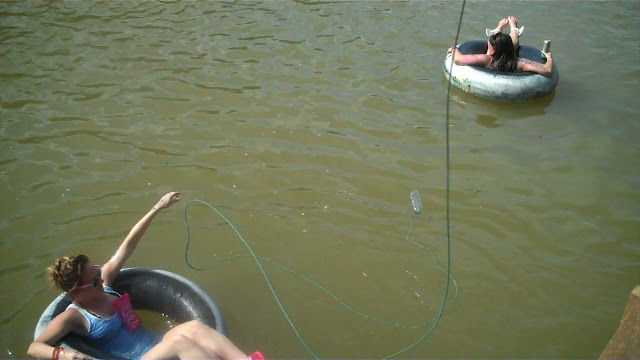 The day continued on, making stops at bars along the riverside. Here, we saw the diving platforms, zip lines, and giant slides which have claimed a number of lives over the years. 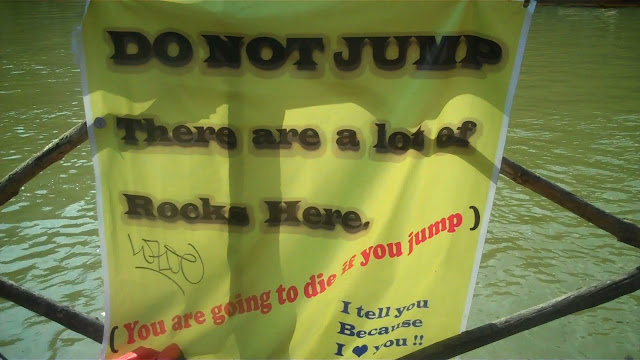 As the day wore on, we started making one bad decision after another. Soon, I found myself at the top of the enormous “Death Slide”. While we made it down the slide without incident, we wouldn’t be so lucky later on in the day.

At some point, Heather got a deep cut in her hand after being thrown a rope at one of the bars. 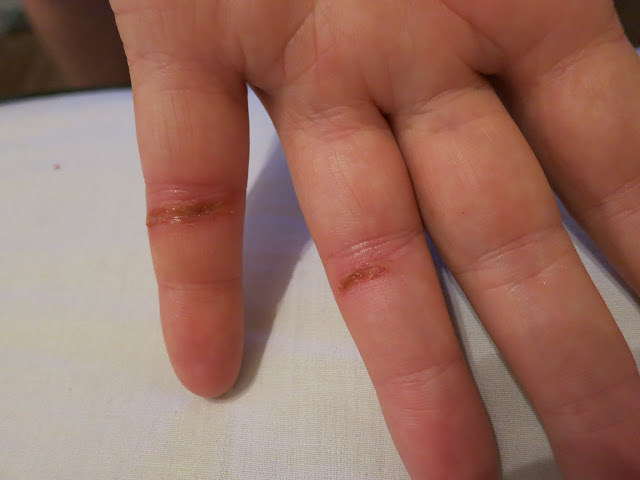 And then, we found ourselves at a riverside bar, still far from town, with the sun setting. Walking around on a rickety wooden dock, with very little light, I tripped, fell, and nearly took my eye out on a crooked plank. Blood started gushing out from my head. 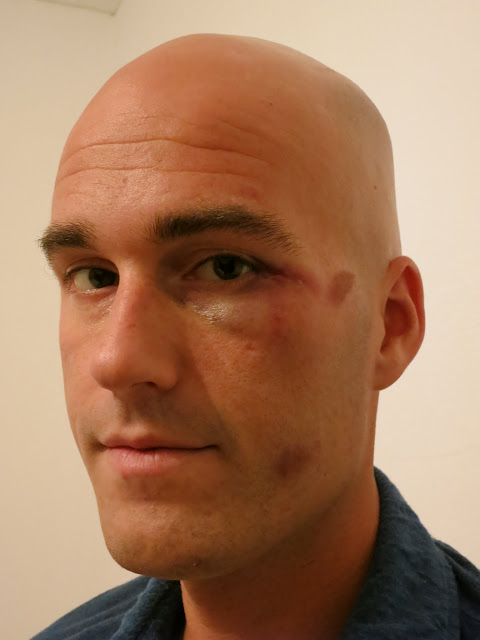 We grabbed our tubes and caught a tuk tuk back to town, forced to pay the late fee for returning our tubes after dark.

While my face was badly cut and bruised, I was actually very lucky. The cut had missed my eye, and I didn’t need to visit the local hospital. Still, my whole head throbbed, and I looked like I had been in quite a nasty fight!

We knew tubing in Vang Vieng was dangerous. We tried to be careful. Despite all this, both of us walked away with injuries. In hindsight, we should have skipped this ridiculous town.

2 thoughts on “Drunk and Dangerous – Tubing the Vang Vieng, Laos”