After four days in sunny Punta del Este, we headed to Uruguay’s capital – Montevideo. Big mistake. As we got out of our taxi upon arriving, I asked our driver if the area was “seguro,” or safe. He shook his head firmly, “no,” and said it was quite a dangerous area. Despite the frequent taxi driver scam with telling you your hostel is in a bad area and then taking you to an equally unsafe place where he gets a commission, from the look on his face, I knew he was telling the truth.

We checked into our hostel just an hour before we said we would. The door was wide open in what did seem like a rather dodgy area. Anyone could have just walked in from the street. The place looked like a dump. We had looked online and all hostels in Montevideo got terrible reviews. This one was new so we figured we’d give it a try. Bad call. The guy running the place was clueless and gave me attitude when I questioned the safety of the area. We were so desperate and didn’t have the energy to find a new place. So we decided to stay one night. 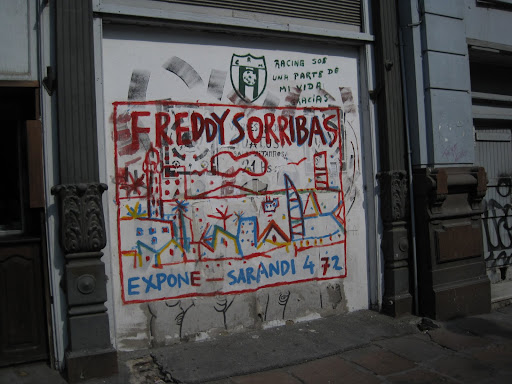 It looked like old homeless guys were living there. He told us our room wasn’t ready. We sat in the lobby to wait, he went running up the stairs with a set of sheets and towels. Just when we thought we could settle down in our room, he came back to tell us the lock on our door didn’t work. Fantastic. We said we’d wait despite his suggestion that we go out to eat, we didn’t feel safe heading out at night in a sketchy area. So, we waited for 30 minutes as one of the resident homeless guys banged away installing the new jury-rigged lock. Insane. We wound up cooking instant soup we had with us and crashing for the night.

The next day we decided to spring for a nice hotel with a pool and a free buffet breakfast. 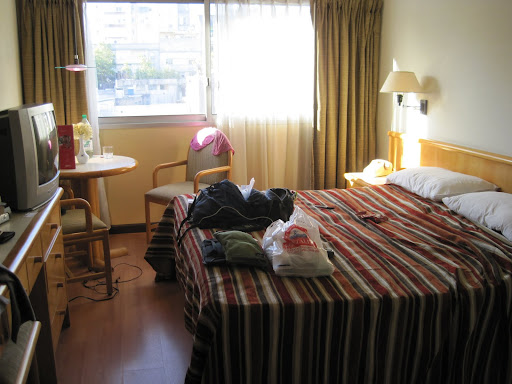 After seeing an episode of Anthony Bourdain’s “No Reservations” which highlighted Montevideo’s food market, we headed to check it out and had a nice lunch at a parilla (grill) there. 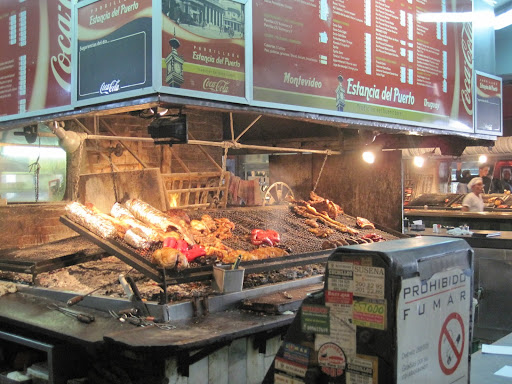 We also had a peak inside the Mausoleo de Artigas. This huge monument in the Plaza de Independencia pays tribute to José Gervasio Artigas, one of the heroes of the Uruguayan Independence. Down the steps from the monument is the mausoleum, which contains an urn with Artigas’ ashes. We were lucky to watch the changing of the guard while there. 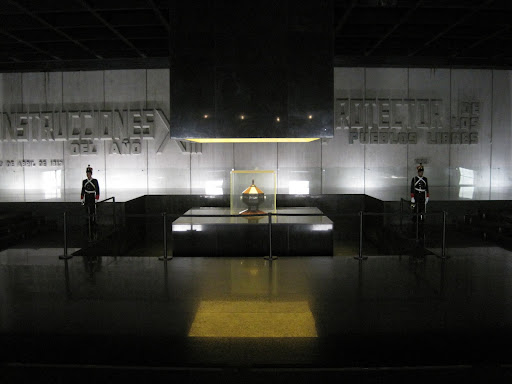 After just a couple of days in Montevideo, we decided the city wasn’t for us and that Uruguay was an (expensive) bust and headed out. You can’t win ’em all.

7 thoughts on “Down and Out in Montevideo, Uruguay”