Visitors to Vietnam almost always start their travels in one of the country’s two major cities – Hanoi in the North or Ho Chi Minh City (HCMC), aka Saigon, in the South. Without fail, everyone you meet along the way has stories to tell about the insane traffic they first experienced in either of these two cities, and comparisons over which is better and which is worse tend to follow. Since we had started our Vietnamese travels in Hanoi two weeks earlier, we were fully prepared for the madness that would be required diving into Saigon. Bring it on!

Like most visitors, we stayed in the Pham Ngu Lao area near Ben Thanh Market, a central area where you can find many guesthouses, bars, and restaurants. 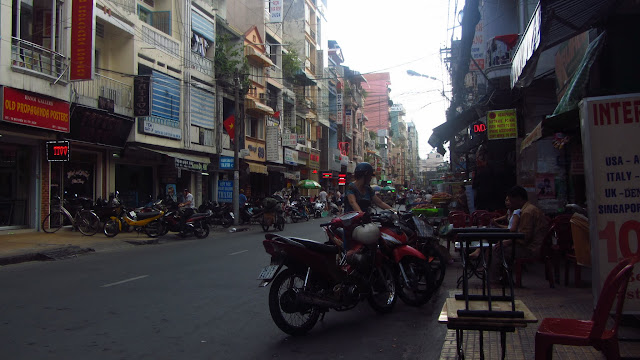 While the traffic was insane, it didn’t seem nearly as bad as Hanoi. For one, the roads seemed wider here, instead of narrow alleyways. There were even sidewalks in some places! 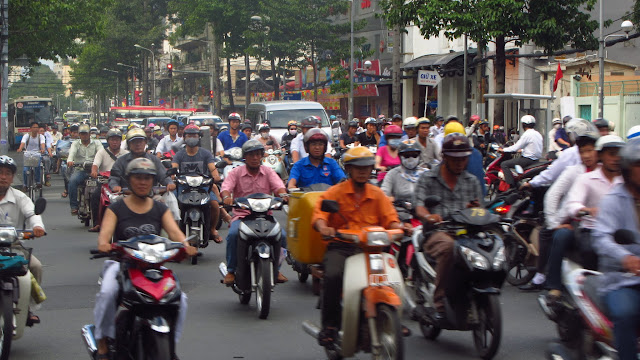 And after strolling around the city for a little while, we actually found that we were starting to like Saigon. It still had its fair share of chaos, but it also seemed a little more polished and had places you could seek refuge from the pandemonium. 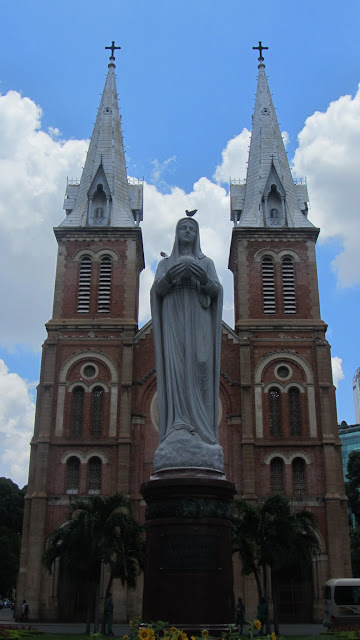 Of course, as the former capital of U.S.-supported South Vietnam, there is a lot of war history here. We began at the end, by visiting the Reunification Palace – formerly South Vietnam’s presidential palace – where the war officially ended April 30, 1975 when the North Vietnamese tank 843 crashed through the palace gates. 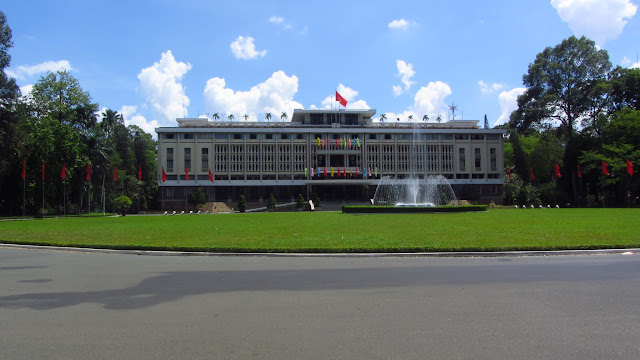 Standing near the gates is a replica of the T-54 tank – we had already seen the original at the Army Museum in Hanoi. 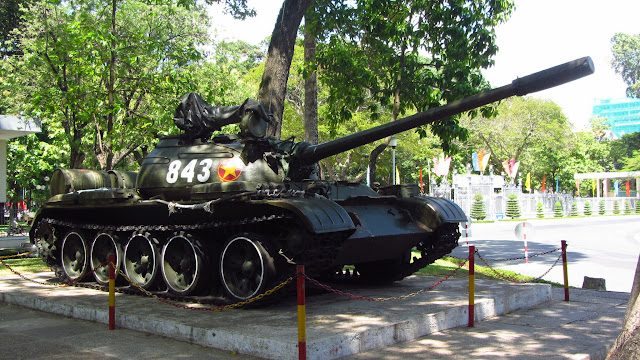 Inside the palace, a number of reception rooms, offices, and living areas can be found. 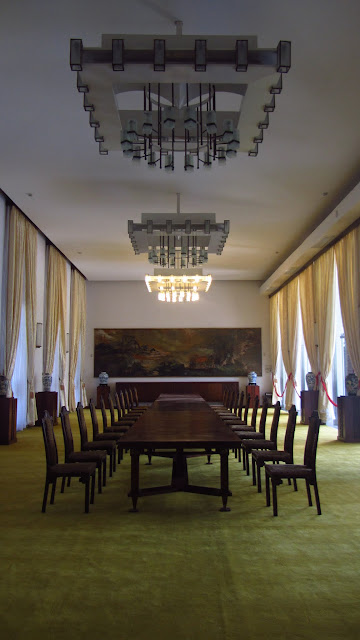 The real highlight is the underground bunker and war room in the palace basement, complete with vintage communications equipment and huge wall maps. 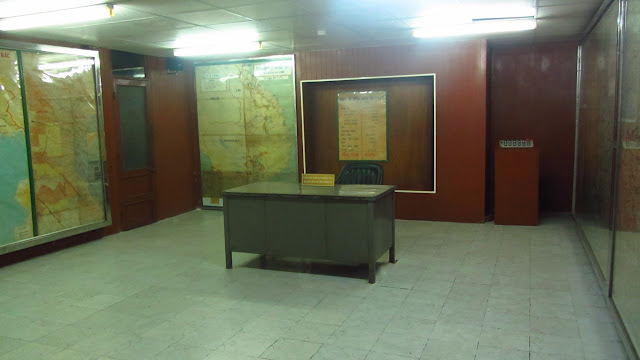 Next up we visited the War Remnants Museum, which used to be named the far more entertaining “Exhibition House for US and Puppet Crimes”, housed in the former USIA (Propaganda Agency) building. 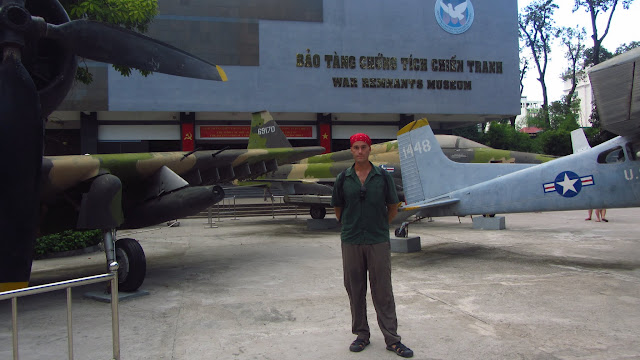 As you would expect, museums like this in Vietnam offer a skewed version of the truth and are full of propaganda. We walked through halls with names like “Aggression War Crimes” and “Historical Truths”. Most disturbing was the entire gallery dedicated to the aftermath of the herbicide and defoliant Agent Orange. We now know this dioxin compound is responsible for deformities affecting millions of Vietnamese. 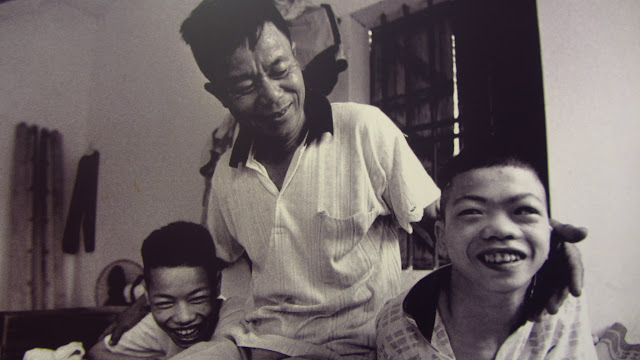 The War Remnants Museum is also home to many American airplanes, tanks, and weapons that were captured during the conflict. 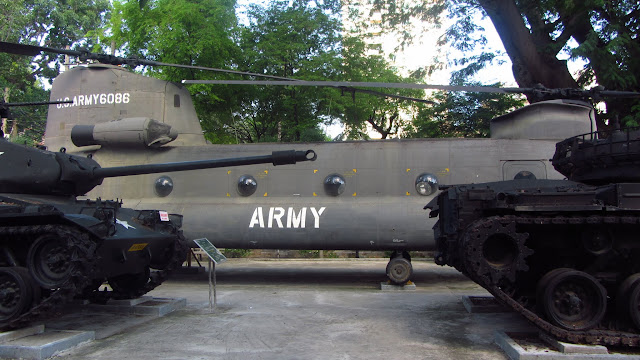 One of the most interesting Vietnam War sights is the Cu Chi Tunnels, about 1.5 hrs drive from Saigon. Viet Cong and regular citizens used tunnels like this all over the country. The 250 km network of tunnels under Cu Chi served as living quarters, hospitals, schools, supply routes, and combat trenches. 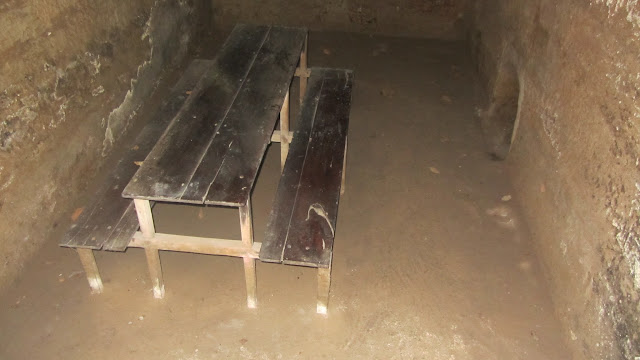 Before going underground, we were shown an old black-and-white propaganda film and a couple maps and models detailing the tunnels. 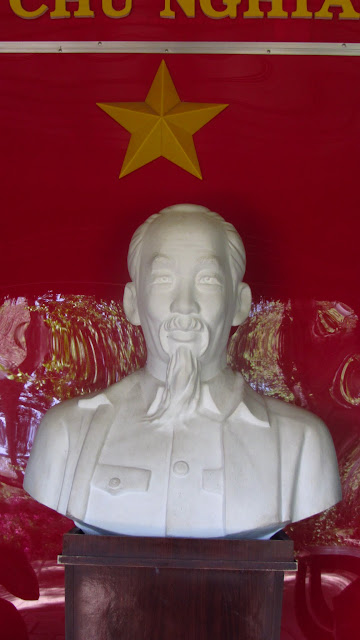 Then, we were shown how the Cu Chi people would secretly enter the tunnels, making sure to cover their tracks and avoid detection. 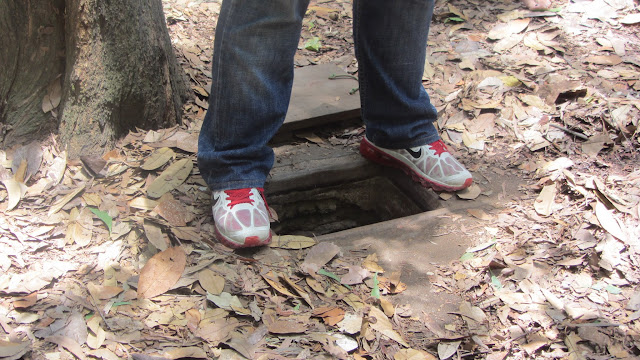 After watching this demonstration, I was somehow selected to attempt the same feat – not easy for a big six foot two American guy! 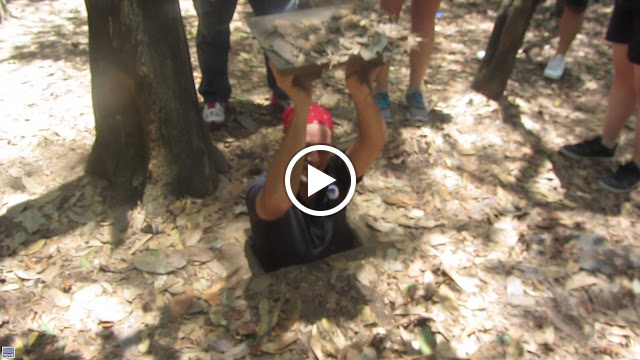 While, I (barely) made it inside after sucking in and squeezing through the narrow entrance, I ended up getting stuck trying to come back out again. After a lot of wriggling I finally came loose. 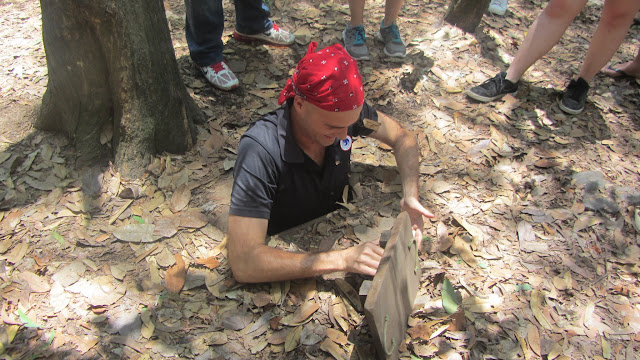 Of course, the tunnels small size turned out to be an asset for its inhabitants; Americans, like me, were far too large to squeeze into them. In addition, there were a lot of very creative and effective booby traps place here. 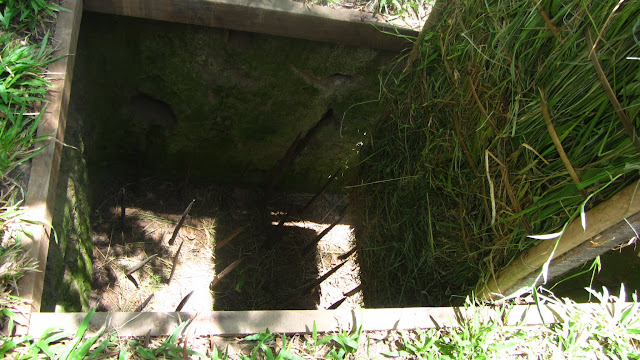 They have enlarged and reinforced the tunnels for the visitors, but part of the experience involves crawling down a tunnel that gets narrower and narrower. Luckily, there are emergency exits along the way for people with claustrophobia or trouble making it the entire distance. We ended up making it most of the way through the tunnel, but it wasn’t easy! 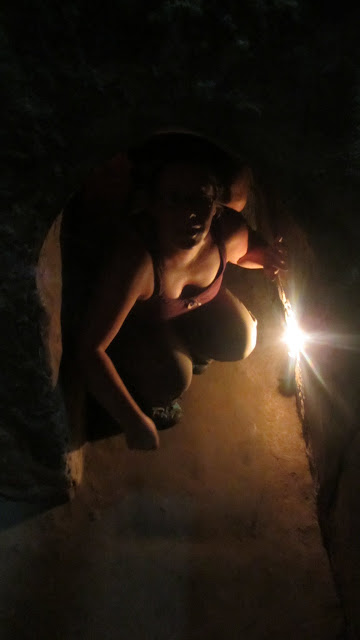 Visitors can pay an extra fee at the on-site target range to fire AK-47s, M-16s, M1s and other weapons. Having had enough excitement for the day, we decided to pass.

After a little more than two weeks in Vietnam, we were ready to move on to our next country in Southeast Asia – Cambodia.