We had heard a lot of good things about the laid-back beach town of Byron Bay, and made sure to set aside enough time to properly enjoy our stay there. We ended up spending five days there – more than any other stop on our way down Australia’s East Coast – and could have easily stayed longer. Byron Bay rocks!

We were met off our Greyhound bus by someone from our hostel, ready to give us a lift. Even though it was only three blocks, we took them up on the offer. Since we were the only people in the van, our driver even threw in a free tour of the town! To top things off, the hostel was very comfortable and quiet, and even had a beautiful swimming pool. 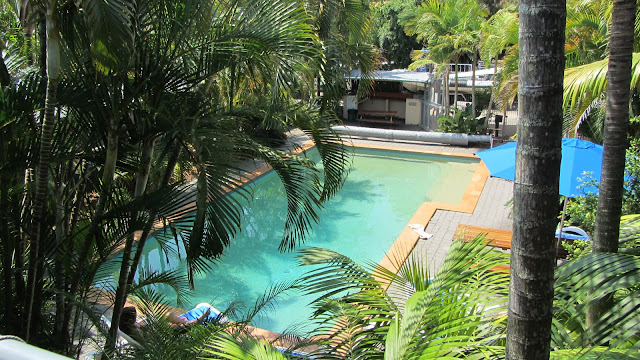 Travelers we had met during our previous five weeks in Australia had recommended diving the Julian Rocks while in Byron Bay. Luckily, a local dive shop was located next door to the hostel and I booked two dives at the rocks. That said, I was a little concerned about diving as I’d just stubbed my toe really hard and thought it might be broken. 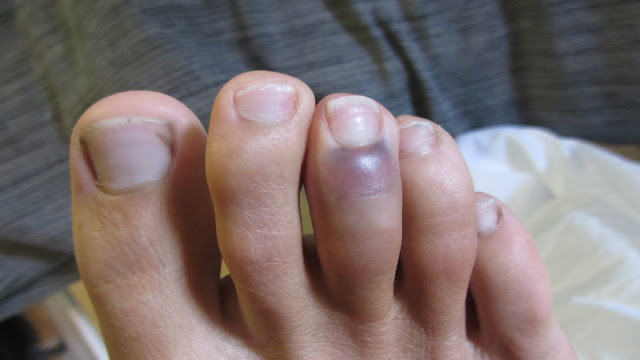 Nevertheless, I went ahead with the dives. The visibility was pretty poor – upon first looking down through the water with my goggles the first thought that came to mind was “pea soup!” – but it was still enjoyable. A highlight of Julian Rocks is the resident sharks – especially nurse sharks and the funky-looking wobbegong sharks. It was thrilling to dive with these creatures, some of them over 2m (6 ft) long. With the poor visibility you never knew if one might pop up around the corner! 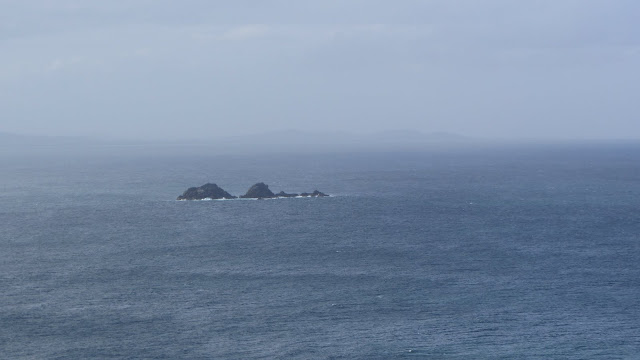 It didn’t help that the night before diving Heather had stayed up late Googling stories about Australian shark attacks. Apparently a diver was taken by a 6m great white shark at Julian Rocks in the 1990s. She proceeded to recount the entire story to me as I was on my way out the door. I was not amused, and kept a pair of eyes in the back of my head the entire time. Thankfully, none of the many sharks I spotted were dangerous!

One morning, both of us took to the bay in a kayak tour, hoping to spot some of the resident dolphins, or perhaps even a passing humpback whale. Sadly, we only saw a few dolphins off in the distance. The shadow of a fairly large shark passing near the front of our tandem kayak discouraged us from falling out! 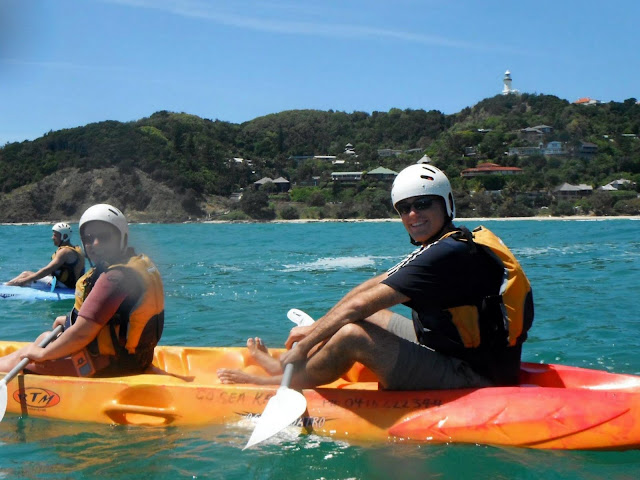 While we didn’t quite have the wildlife experience we were hoping for, the kayaking itself was fun. Paddling out in the big surf was pretty challenging, but we did a good job staying upright (others weren’t as lucky). 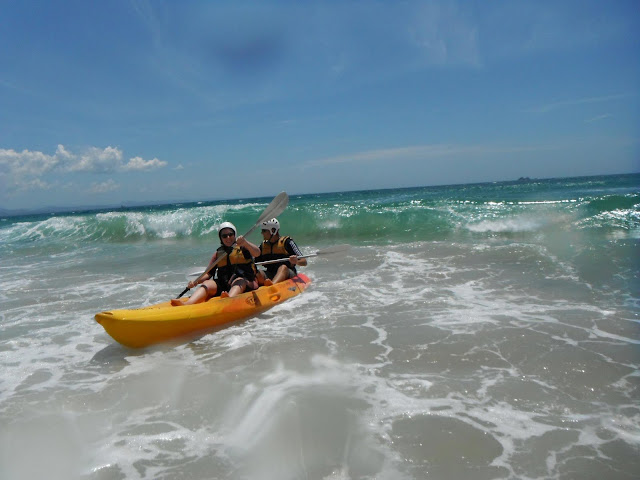 Landside, there were also a lot of fun to be had in Byron Bay. We enjoyed the hippie, surfer, and backpacker-infused vibe of the area, and had a blast exploring the many bars and entertainment venues. Halloween happened to coincide with our visit, so we dressed up and headed to one of the backpacker bars for a night out on the town. 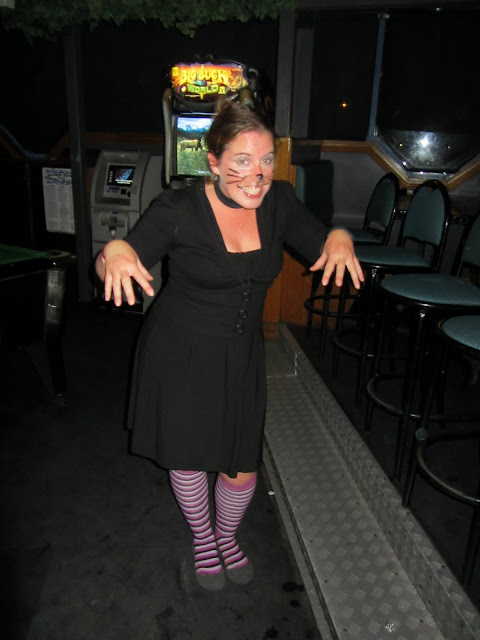 There were also a number of great walks and bike rides to enjoy in the area. We especially liked walking up the hill to the Cape Byron Lighthouse, which is the easternmost point in Australia. We had already visited the westernmost point in Denham, so now we could say we had been to both ends! 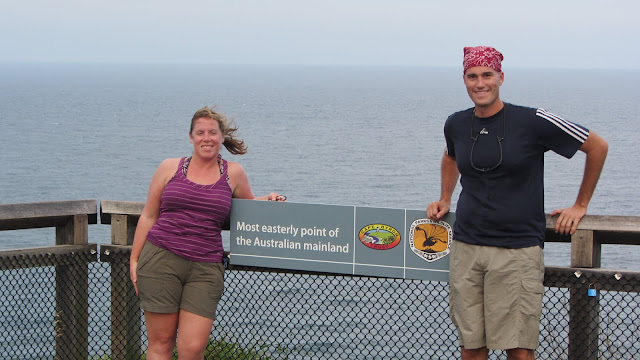 From the lighthouse it was also possible to view the passing humpback whales. We saw them blowing, and breaching, and performing all sorts of great tricks as usual. Heather liked it so much she headed back on her own one day while I was working. 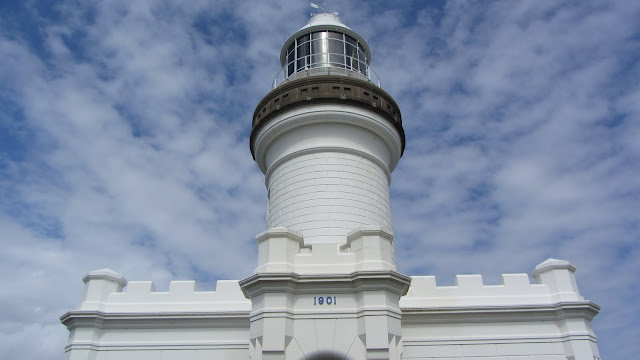 Our time headed down Australia’s East Coast was quickly drawing to a close, and we found ourselves with just a few days to spare before boarding our flight to New Zealand. We boarded our last overnight bus (for a while at least) to Port Macquarie.