After completing the Great Ocean Road drive in two days, we were ready to continue west, heading towards the state of South Australia.

Following the first few expensive nights spent at campgrounds, we were eager to take advantage of the free camping sites available along the way. So, we set course for the Mount Schank State Park, where we would be able to spend the night completely free of charge.

Already we could tell something was a lot different compared to our experience on the Great Ocean Road. Namely, there were a lot less people around! This part of the country was no doubt less inhabited and not nearly as popular with tourists. 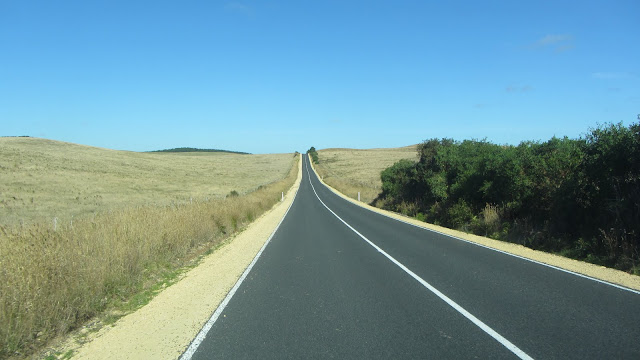 Along the way, we stopped at a few scenic areas. This part of the coast is fierce and isolated, but beautiful all at the same time. 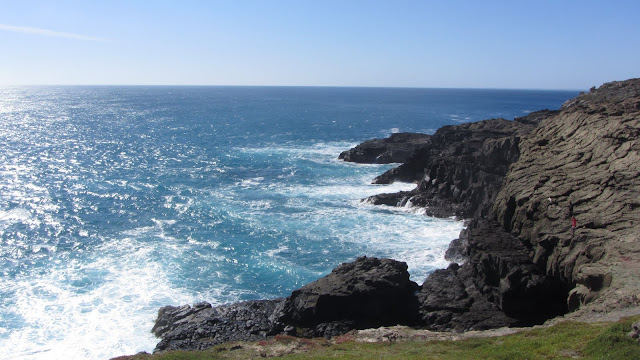 Early in the afternoon, we officially crossed over into South Australia. With the sun beginning to dip below the horizon, we headed to Cape Northumberland just outside Port Macdonnell. Here, we hoped to spot more little blue penguins, but unfortunately none made an appearance. 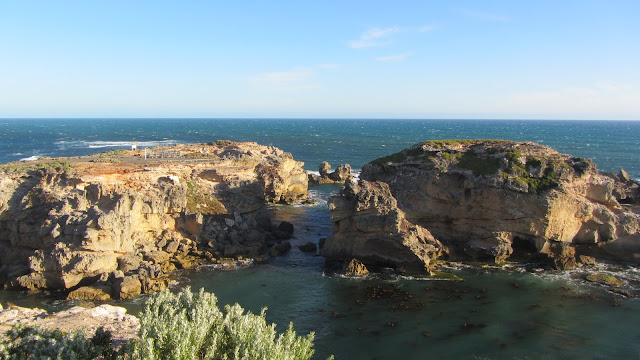 We had been warned against driving at night, especially with a big campervan. In Australia, it’s very easy to have a collision with wildlife after dark, and without a “bull bar” such an impact could be fatal. Luckily, we were only a half hour’s drive away from the Mount Schank State Park. We arrived just in time to enjoy the final colorful streaks of a brilliant sunset. 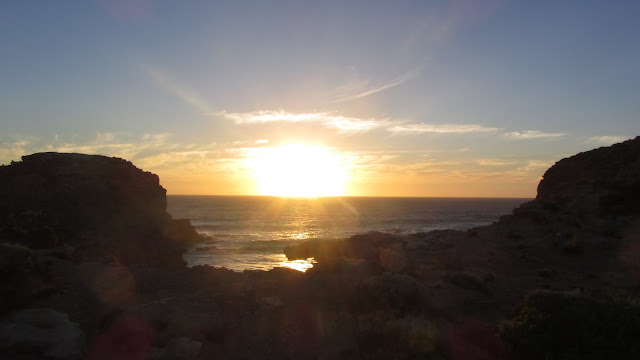 This parking area was absolutely amazing, and the perfect place to free camp. There were toilets and even a barbecue area available. A couple other campers were present, but it was still very quiet and relaxing. We really enjoyed spending the night here, next to a gorgeous extinct volcano. 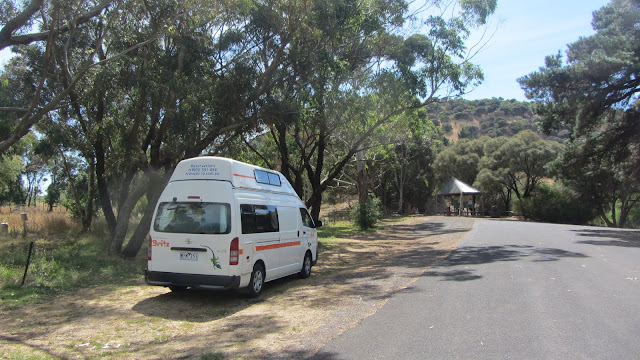 The next morning we woke up and started preparing breakfast, only to spot a huge spider crawling around the inside of our campervan. We both screamed like little girls before finally shooing it away with a big stick. Yikes! 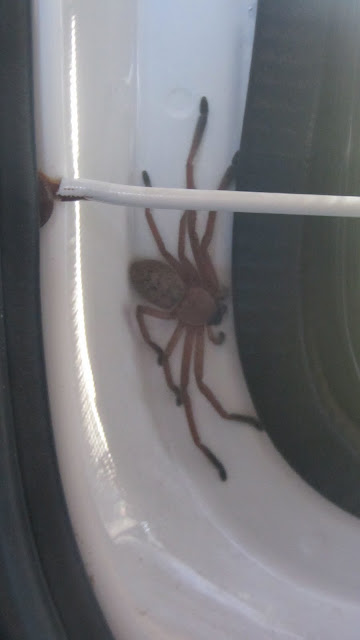 After calming down and eating breakfast we continued our drive up the coast. Our first stop was Mount Gambier, one of the larger towns in the region. Here, we visited the beautiful blue lake, which is also nestled in an extinct volcano. 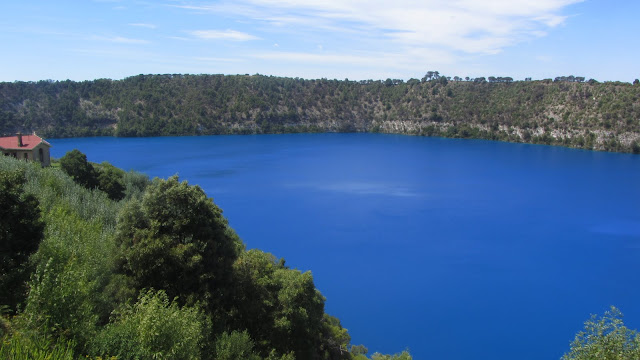 Next, we checked out the Old Mount Gambier Gaol – another jail which has been converted into a hostel. We asked if we could look around and they graciously allowed us to survey the facilities. They did a great job converting it into a hostel and pub/restaurant. 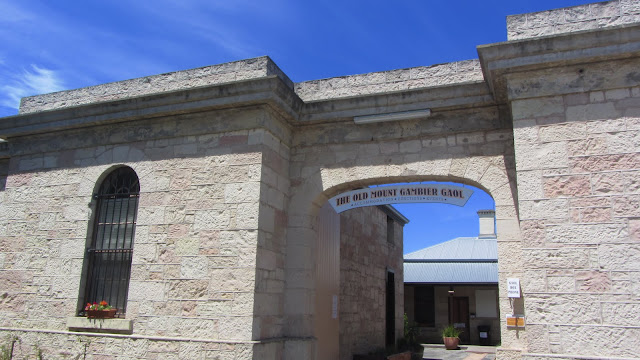 From here, we pushed on through The Coorong, a huge network of lakes and lagoons that follows a long stretch along the coast. There wasn’t a whole heck of a lot to see here, but we enjoyed the tranquility and isolation of this place. 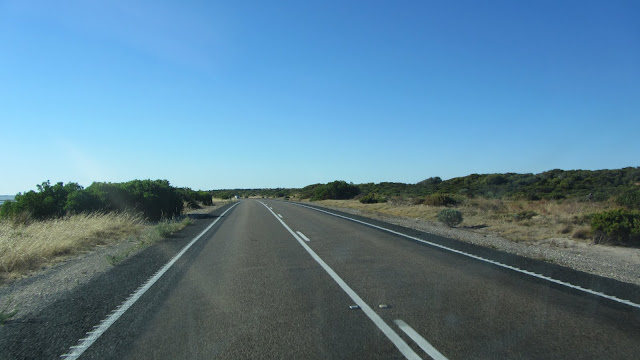 Finally, we ended up at the Meningie Holiday Park, where we found ourselves parked directly on Lake Albert. 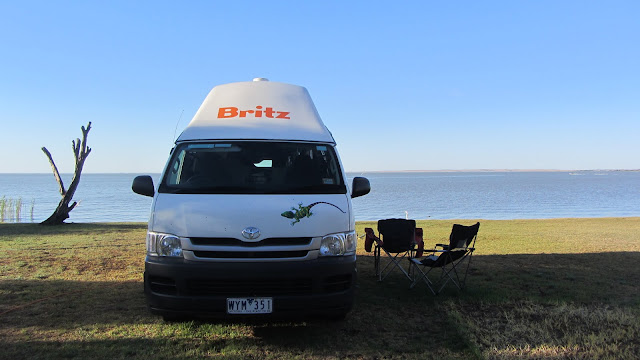 We enjoyed watching the birds splashing around in the lake. 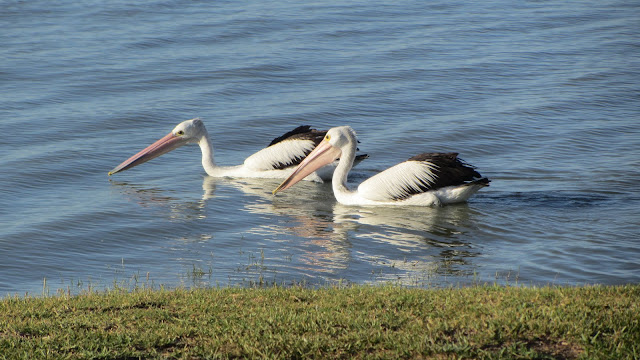 And to top it off we were treated to a beautiful sunset. 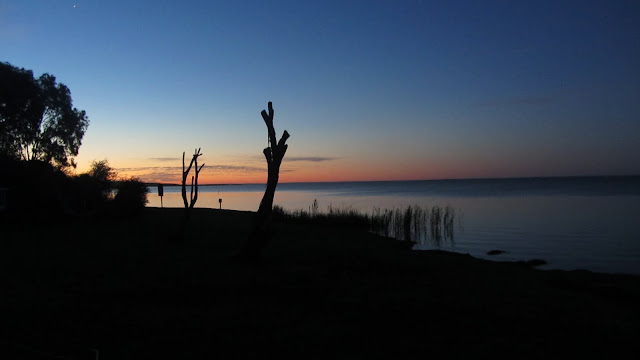 We didn’t expect much from this part of our journey to South Australia, but were pleasantly surprised by the beauty of this untouched part of the country.