Crossing into Peru from Ecuador was rather painless, thanks to the immigration agent who let me pass through even though I had lost an important piece of paperwork from Ecuador. After a one night stayover in Piura, Peru, we were on our way to Huanchaco.

Our first impression of the place was a bit tainted as on the 20 minute cabride from Trujillo where our bus dropped us, our slimy driver insisted on telling us about the beautiful Peruanas (Peruvian women) and where the best and cheapest prostitutes could be found. He felt no shame in telling Erik that he should have come solo to take advantage of this. I was so angry and bit my tongue the whole way and just prayed our hotel was close. I definitely needed a shower after that ride. 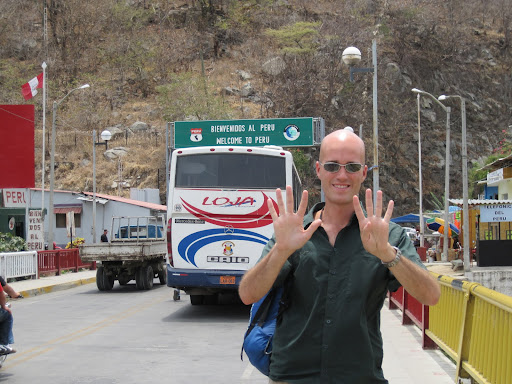 Just a few minutes from Trujillo, this beachtown sits on the northwest coast of Peru. This village is well known for its great surfing and for the local fishermen who use unique small reed boats called “caballitos,” which in Spanish means little horses. This is because when the fishermen sit atop these boats like a saddle, they ride the waves like a horse. We could have taken a ride on one, but since it was so cold when we were there, we never actually set foot in the ocean. This is sadly becoming a trend with us – visiting cool beachtowns in very cold weather. Sigh. Though this was not enough to scare away the diehard surfers sporting long wetsuits. 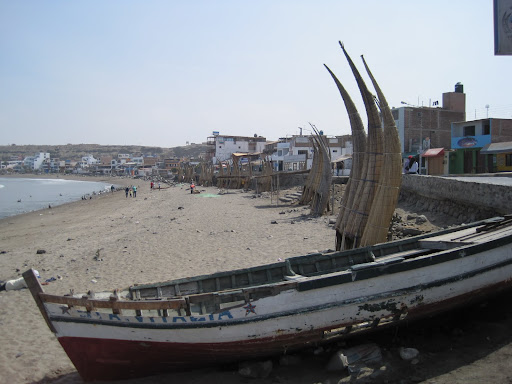 The main reason for stopping here was to see the Pre-Incan ruins in the area. We visited the UNESCO World Heritage site of Chan Chan – an impressive set of ruins of an ancient Chimu city constructed of mud bricks. Chan Chan was the largest Pre-Columbian city in South America, and this enormous site once stretched along a large section of the beach and sadly, since it was constructed of mud, much of it has washed away over time. 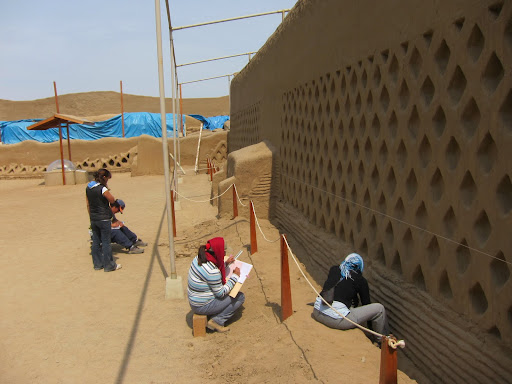 The Chimu had figured out a way to dig wells to access fresh underground water which they used for drinking and irrigation. It was interesting, but not worth all of the money we spent on our tour. 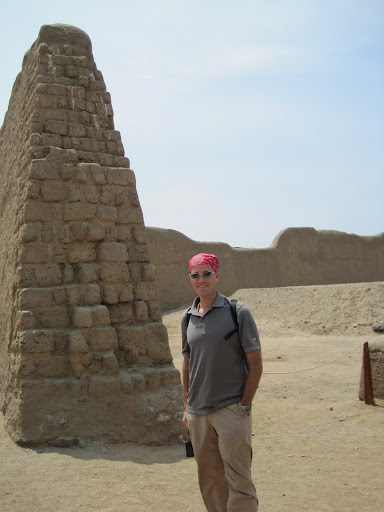 We explored Trujillo a bit and had our first real roasted Peruvian chicken, for which the country is famous. It was quite tasty.

We also made our way to another ancient ruin site – Huacas de la Luna y del Sol. The Huaca del Sol is not open to the public since it has been severely damaged not only by the natural elements over time, but by Spanish looters who actually found a way to divert the nearby river so as to destroy the Huaca and give them access to the treasures and gold which laid inside. At the time it was built, it was the largest manmade structure in the Western Hemisphere. 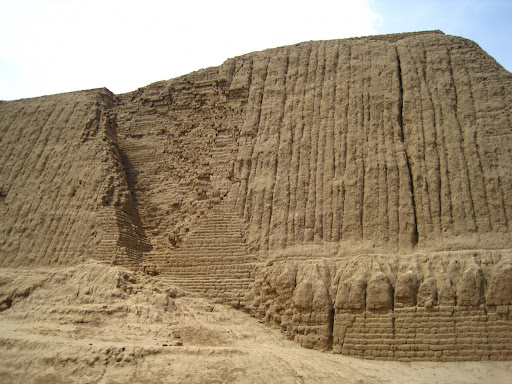 The visit to the Huaca de la Luna was very interesting and unlike anything we have seen thus far. Also constructed from mud (adobe) bricks, this temple is open to the public and features some very intricate molded decorations and paintings, many of which contain original colors that remain intact. We were also wowed when we saw the section of the pyramid which revealed the layers of previous pyramids that lay beneath the exterior one (this is a very common practice). 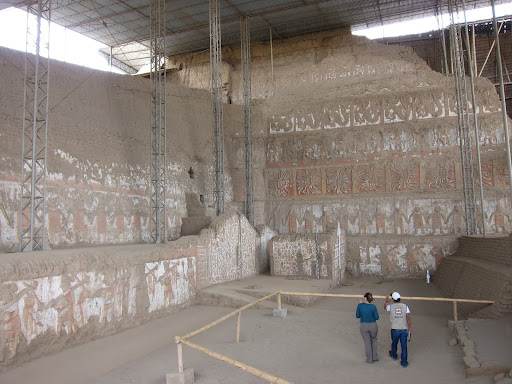 Although the weather was quite chilly, we enjoyed relaxing in this mellow beachfront town, watching the fishermen on their caballitos and exploring the Pre-Incan ruins in the area.