After our seven weeks in New Zealand, leaving the country and returning to Australia was a bit bittersweet. We had an incredible time in New Zealand, but were excited to be in Sydney for its world famous New Year’s Eve celebration.

Erik had done a ton of research trying to find us a deal on a nice place to stay while we were in Sydney for over a week. He found us a room at a university dormitory that was renting out rooms while they were vacant over the holidays. We had found a great deal (for Australia) and booked a nice looking room for around $100 AUS which had modern furnishings, our own bath and access to a kitchen and common room. Since there weren’t really many reviews on the place, we were really taking quite a risk and didn’t really know what we were in for. 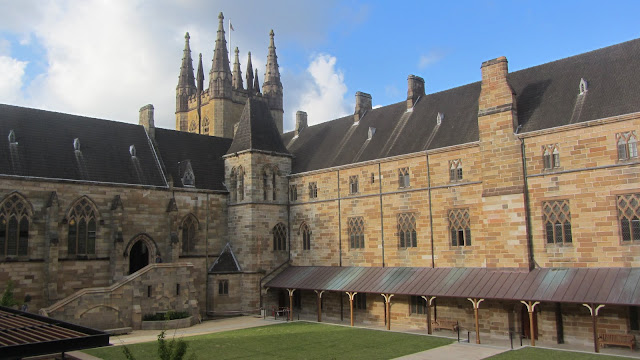 Once we checked in, we were pleasantly surprised to find our room was fantastic! Although it was a bit on the small side, the bathroom was really nice with updated tile and fixtures, and the room was furnished quite nicely for a dorm. There was a double bed, built in desk, and even a nice little loveseat. 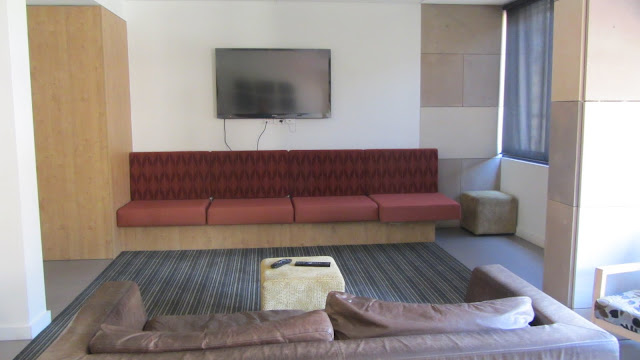 After we took a nap and settled in a bit, we set out to explore the city. We headed down to the famous Sydney Harbour and saw a huge cruise ship docked and about to depart. 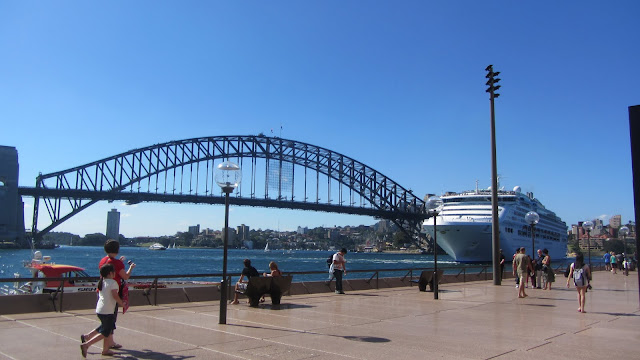 There was an aboriginal man playing the didgeridoo for the tourists, who were eating it up. 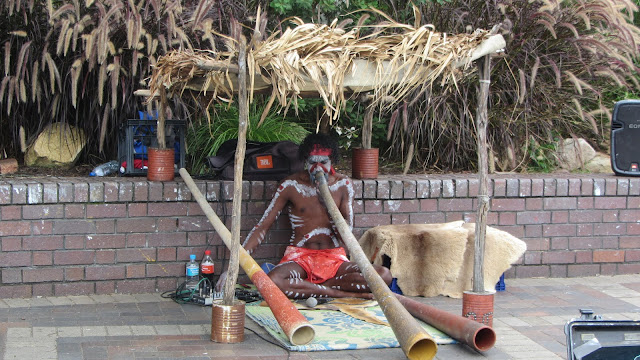 We scoped out the waterfront and got our first in-person glimpse of the iconic Sydney Opera House! WOW! There are really no words when you finally see something that is so utterly famous worldwide in person! 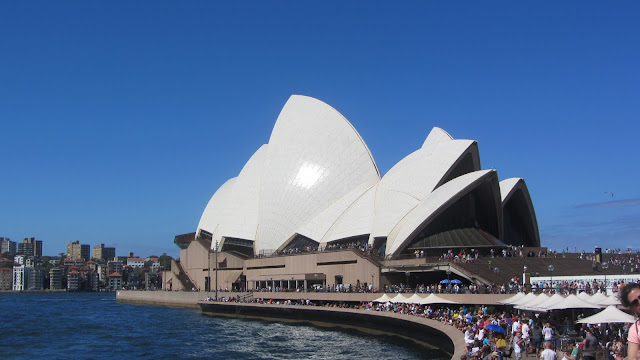 We had a nice glass of white wine in the shadow of the Opera House sails and soaked up the sun as the cruise ship left port. We were lucky enough to find spots on a tour of the famous opera house. It was wonderful to see the inside of such a famous building, but honestly, the exterior is really what is famous about the Sydney Opera House. 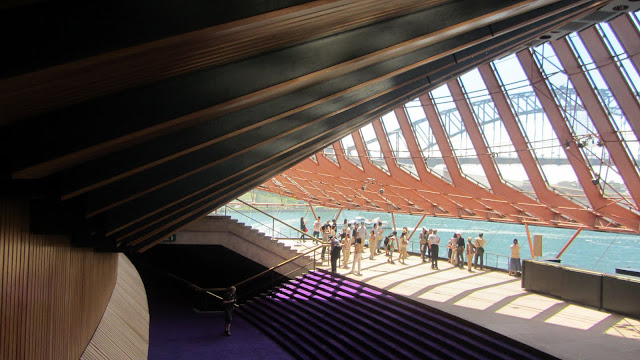 Then, we high-tailed it (and we did have to run) from the Opera House to the Oz Jet Boat ride in Sydney Harbour. These fast boats take you on a bit of a scenic tour of the harbour, but the real draw is the thrill of fast turns and spins. 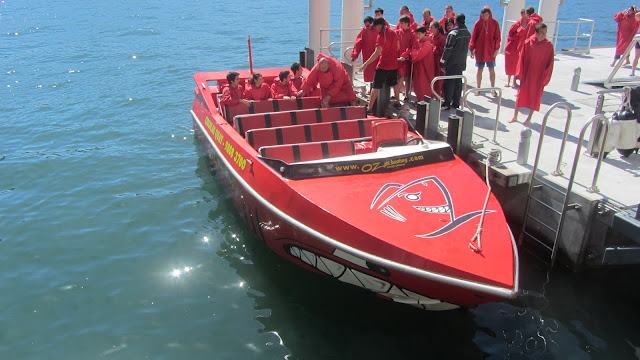 Our captain was a bit crazy and we DID get very wet. I was screaming my head off the entire time, but it was actual a great thrill – certainly got the adrenaline going! (As far as I know, you can also get a “jet boat” tour in New York City, as well as other iconic cities worldwide).

We enjoyed exploring our little neighborhood (Camperdown, on the border with Newtown) and stopped in at a cute, cozy wine bar for a glass of wine. 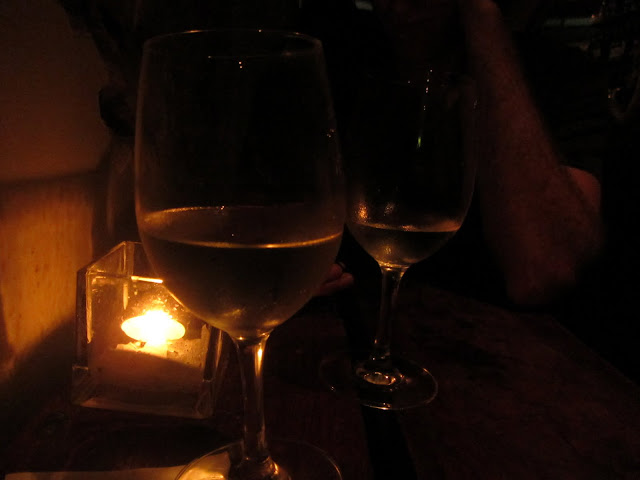 We also stumbled upon a really cool area of Sydney University which was dedicated to graffiti. It was so incredible! Every college should have a graffiti section on their campus! It is used as an outlet for students and is constantly being painted over again and again. 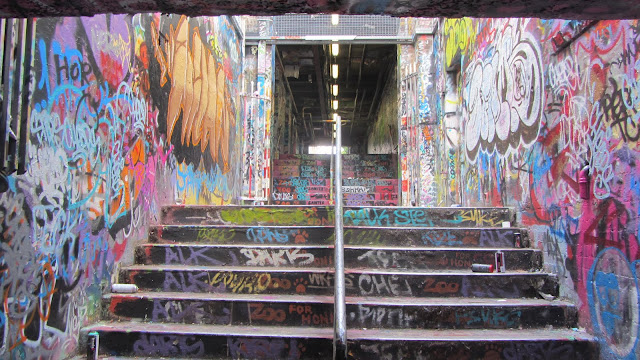 While our friends were in town, we decided to explore the Blue Mountains park with them. Brian and Kourtney picked us up in their rental car. We headed out for a day of hiking and exploring. The scenery was spectacular. 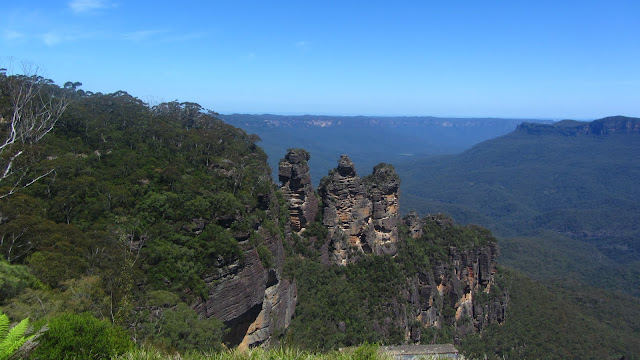 We did a few short hikes, snapped some more photos of the glorious surroundings, had a fantastic lunch in a cute little town and headed back to Sydney Harbour for dinner and drinks. It was so nice to catch up with Brian and Kourtney again. They are from San Francisco, CA and they are such a fun couple! We hope to meet up with them sometime in the States. Although, apparently, we only seem to meet up in countries and places that begin and end with ‘A’ – Antarctica, Argentina, Australia… Too funny! 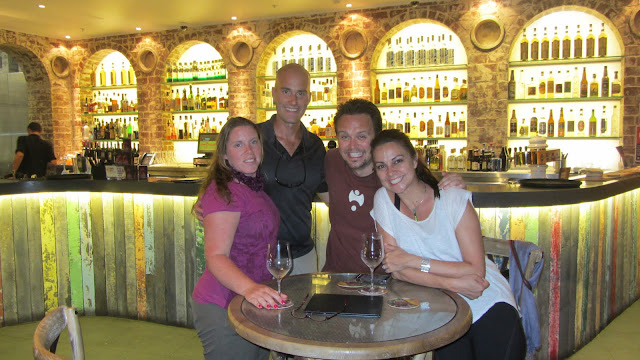 One of the other things on our bucket list whilst in Australia was the famous Sydney Bridge Climb. Our friends had told us they wouldn’t join us, but we were intrigued as we’d seen several photos and videos of many celebrities doing the climb, even Oprah Winfrey!

We decided to climb towards the end of the day, when the setting sun would provide even more color to the fantastic views. After getting suited up in jumpsuits and attaching everything that could possibly fall off (like sunglasses and hats), we were given a run through on how to maneuver around the bridge using the safety cables and harness. 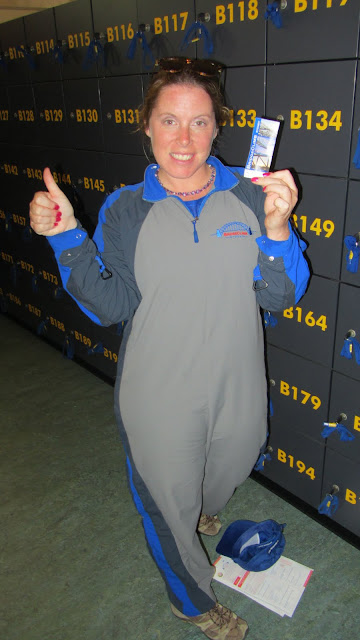 Finally, it was time to start the climb! We stepped out onto the walkway and started working our way underneath and roadway. Upon reaching the base of the tower, we climbed up and through six lanes of traffic, before making our way to the top of the arch. From there, it was an easy walk to the top. The whole experience was expertly-coordinated by our guide, and everything felt 100% safe. It actually looks a lot scarier from the ground!

After a quick week in Sydney, it was time to move on and slowly make our way towards Melbourne.