After an amazing New Year’s celebration in Sydney, we had budgeted a few days to get to Australia’s other major city – Melbourne. Not wanting to miss a thing along the way, we decided to rent a car to see all the sights.

Our first stop was actually a little bit out of the way, but one we couldn’t pass up. We decided to pay a visit to another great Australian wine-producing region – The Hunter Valley, two hours north of Sydney. After picking up our new rental car and checking out of our University Stay, we crossed the Sydney Harbour Bridge and set out for wine country. 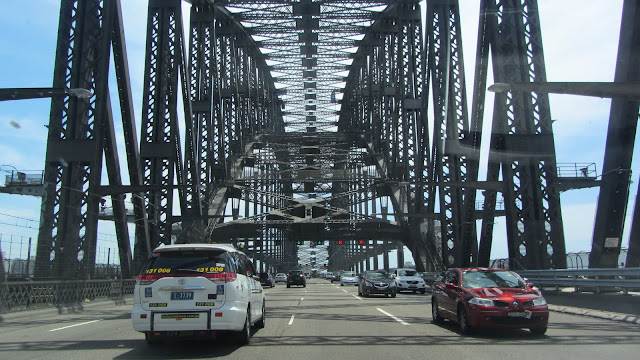 We based ourselves out of the small town of Cessnock, and joined one of the bus tours which took us around the local vineyards, cheese, olive oil, and chocolate producers. 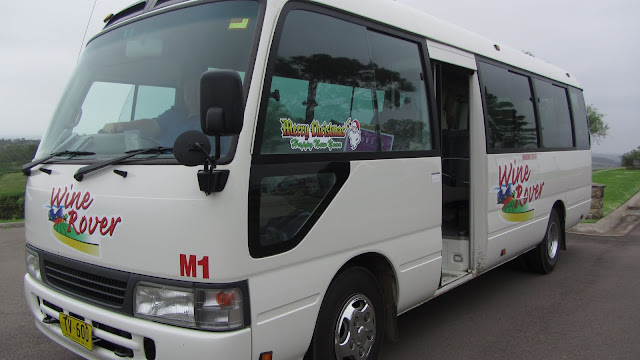 It was nice to sample wines from this region, but neither one of us was crazy for any of the ones we sampled that day. We still missed the fantastic New Zealand Sauvignon Blancs we had grown accustomed to! 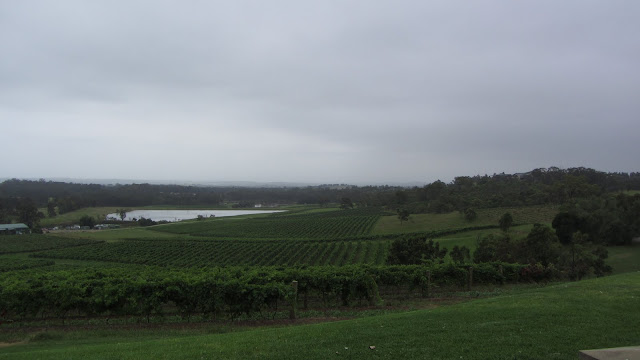 The next morning, we got an early start, still unsure exactly how far we would be able to make it before nightfall. Our goal was to at least make it to Australia’s capital city, Canberra. After doubling back through Sydney, we arrived in Canberra by the early afternoon. 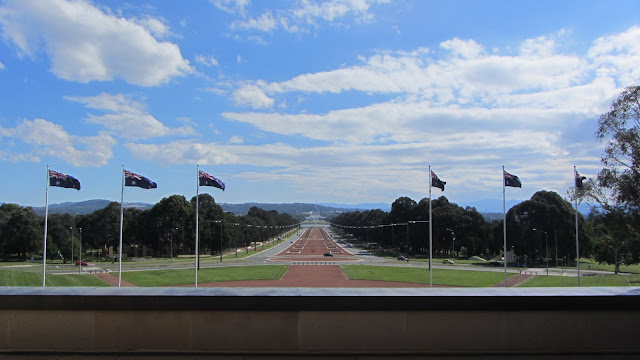 Deep in the plains halfway between Sydney and Melbourne, Canberra stretches in all directions with endless suburbs, wide boulevards, and ugly government buildings. The story goes that upon Federation of the Australian States in the early 1900s, arch-rivals Sydney and Melbourne couldn’t decide which city would be made capital, so they picked this spot, halfway between both. Like Washington, D.C., Canberra is not a part of either New South Wales or Victoria, and is incorporated into the Australian Capital Territory. Also, like Washington, D.C., this city was highly planned with strong geometric patterns such as the Parliamentary Triangle which link together three main houses of government. 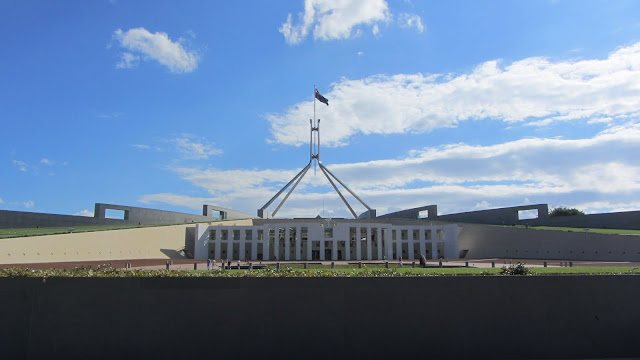 While the city itself may be a little boring, Canberra has a huge number of interesting museums. We were running a little behind schedule, and only had time to visit the Australian War Memorial. 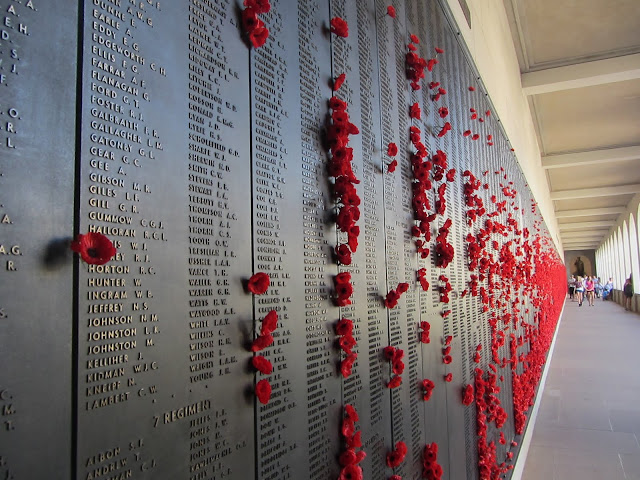 Much more than a memorial, this fantastic site also features a huge number of free museum galleries. We spent a couple hours here, but could have easily spent a couple days. 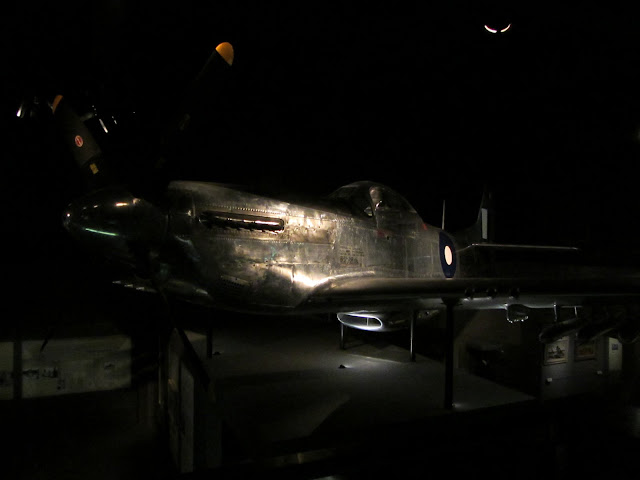 Sadly, we did not have time to visit any other museums in Canberra, with clear weather forecast for the next day we decided to press on to the Australian Alps to climb the country’s highest mountain, Mount Kosciuszko. We pressed on 100km south of Canberra, and spent the night in Cooma. 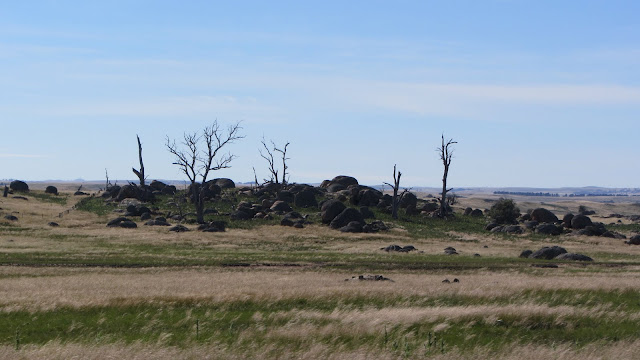 The next morning, we got an early start for the ride out to nearby Kosciuszko National Park, winding through the mountains. Now, it came as a bit of a surprise to me that Australia has ski hills, but sure enough this mountain range does receive a healthy coat of snow each winter, and a decent-sized ski resort can be found inside the national park. Luckily, that also means there is a chair lift they operate in the summer town, allowing lazy hikers (like us) to cut out a large portion of the uphill climb to Australia’s tallest peak. 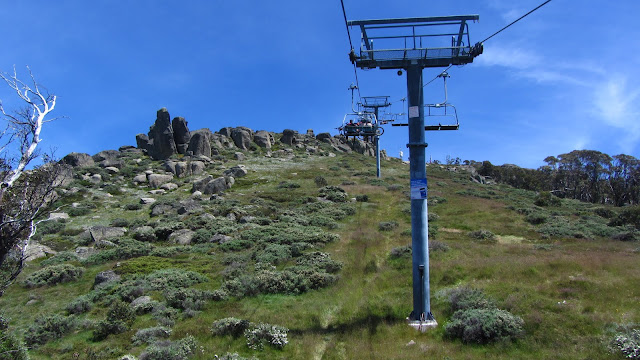 We ponied up the cash for the lift tickets and hopped on, enjoying the surrounding scenery on the ride up. 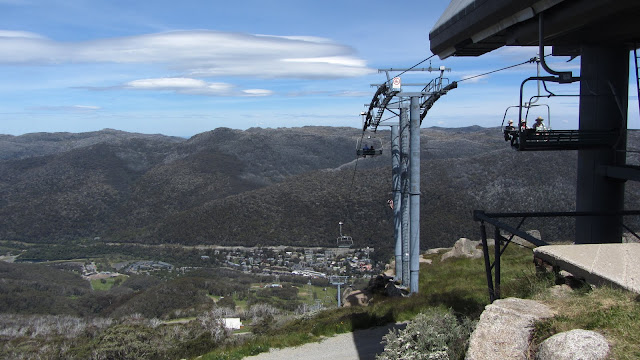 At the top, we followed the steady stream of hikers on the 8-mile round-trip trail to the top. It was an easy walk up along well-maintained trails and we were exceptionally lucky with the excellent weather. 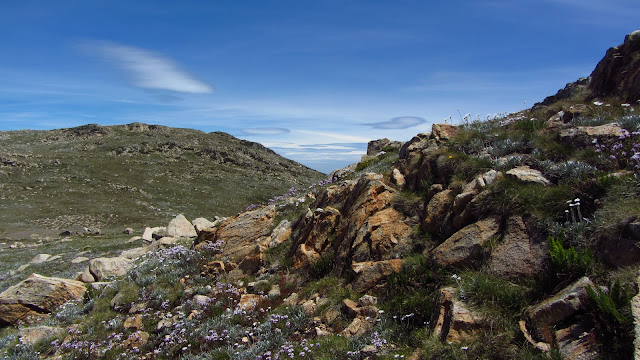 As we approached the 7,310ft summit, we even saw some snow! 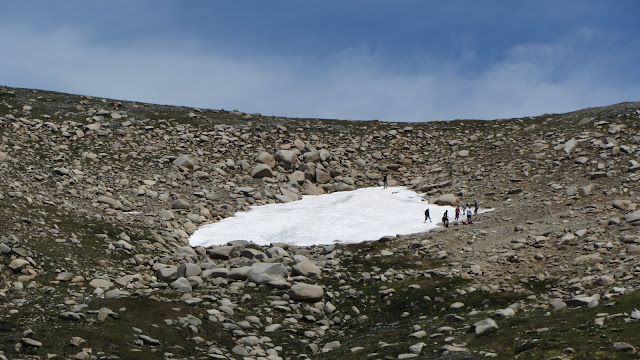 Upon reaching the top, we celebrated with our lunch of packed sandwiches. We weren’t particularly high, but we had finally tackled one of the “Seven Summits” (the seven highest peaks on each continent)! 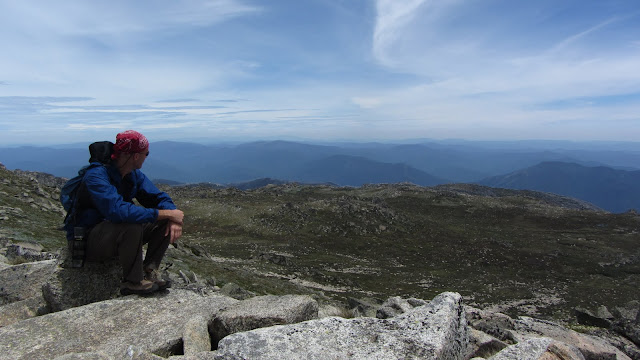 Back in the car again we pressed on further site, crossing the border into Victoria, and bunking down in the small seaside town of Lakes Entrance. Since we’d burned a good number of calories, we treated ourselves to a delicious dinner of pizza and salad and finished the night off with some mini-golf. 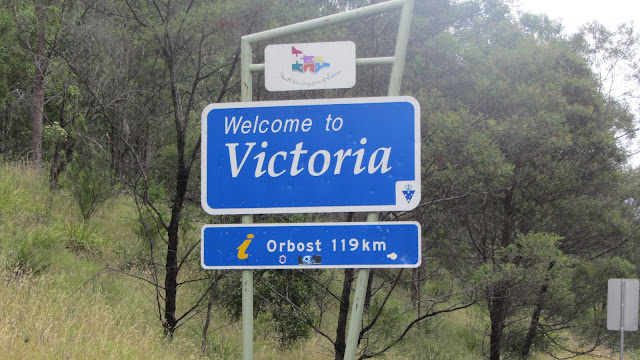 The next morning, we checked out the beach. Cold and overcast weather prevented us from taking a dip, though. 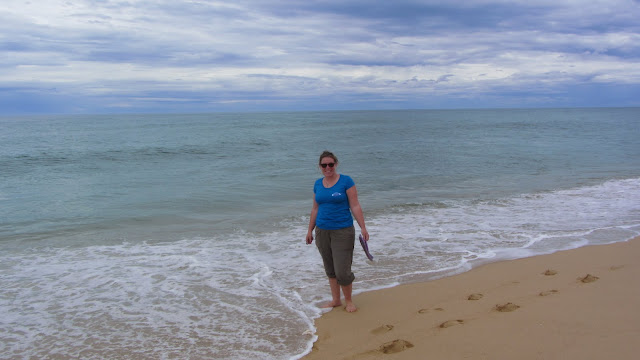 We pressed on for another few hundred kilometers to reach Melbourne…

2 thoughts on “Climbing Australia’s Highest Mountain, Breezing through the Capital, and Drinking in the Hunter Valley – Sydney to Melbourne, Australia”