After a little more than three months in Australia and New Zealand, we decided to re-acclimatize to Southeast Asia in a familiar city for both of us, Kuala Lumpur.

Since we had already passed through here (a couple times!) the previous year, we had no need to do the normal “tourist thing” and visit all the sights. Instead, we decided to chill out and spend a few days enjoying a more stationary lifestyle, sleeping in a regular bed – a big change following our two week Australian campervan adventure.

In addition, we needed to visit the Thai embassy and get a new visa, which would take a couple days.

Since KL is very westernized, it’s possible to enjoy fine accommodation, food, and entertainment for a fraction of the cost back home. Since our friends Rizal, Karina, and family were on vacation in Germany, we decided to stay in the Bukit Bintang part of the city, where most of the restaurants and megamalls are located. 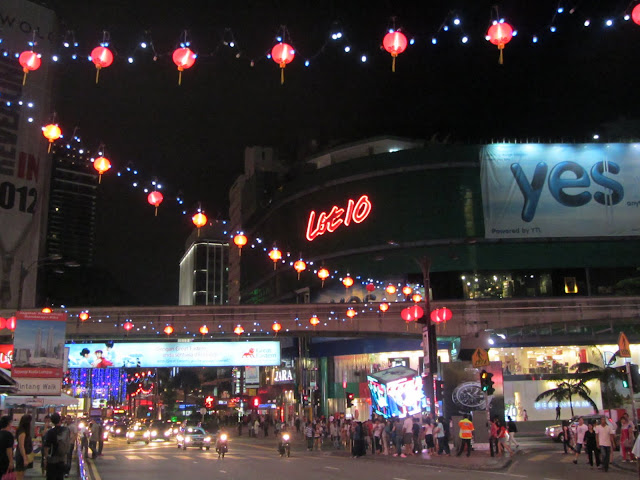 We got a great deal on a boutique hotel right in the heart of the action, just steps away from Malayasia’s version of Times Square. 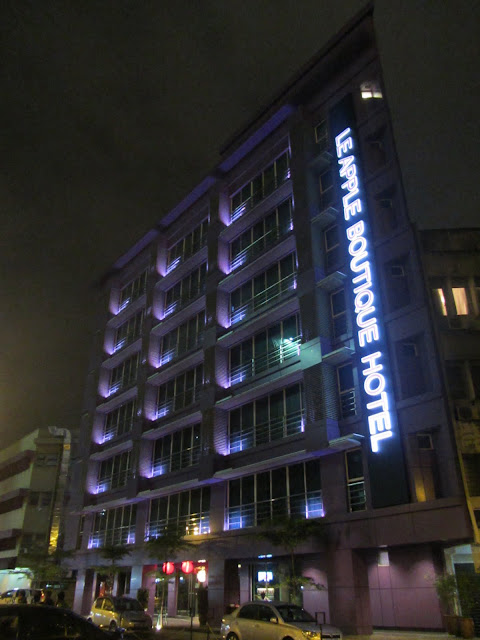 Since first trying the delicious barbecue chicken wings on nearby Jalan Alor, we had been dreaming of these greasy globs of goodness for months. So, for our first night in the city we rushed down to this hectic street, full of streetside eateries, and marched right up to Wong ah Wah Restaurant. 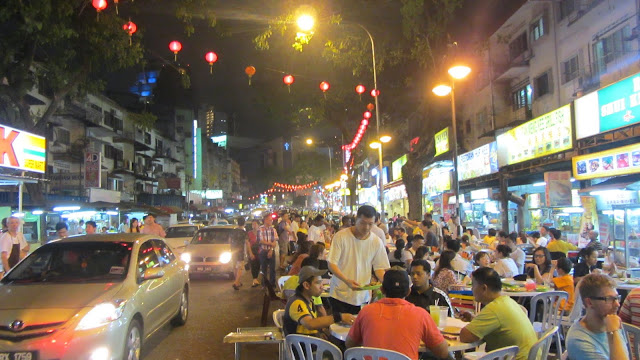 After months of dreaming about these wings, it was hard for the end result to live to our overly-high expectations. Still, they were delicious! 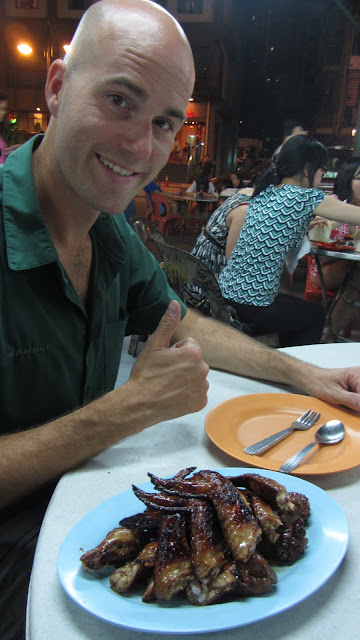 It sounds a little weird, but one of the best things to do in Kuala Lumpur is to visit the shopping malls. Since we were surrounded by them, we had a good look around, taking the opportunity to see a movie in one of the luxury cinemas, do some shopping for essentials, and eat in the food courts. 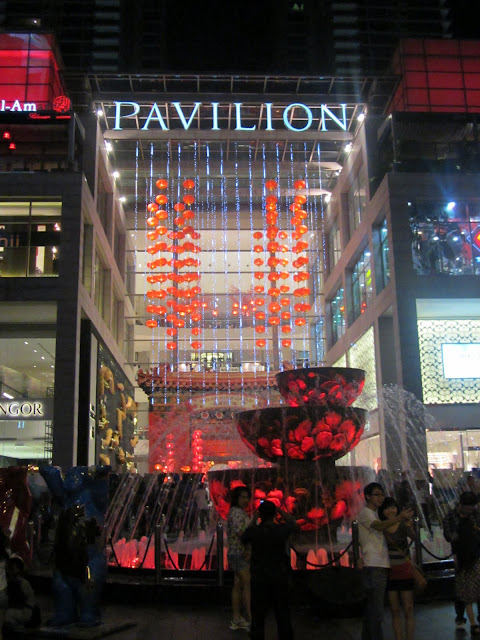 And, oh, the food courts! Some of them are amazing. Here you can find any type of food you could ever desire, at very low prices. 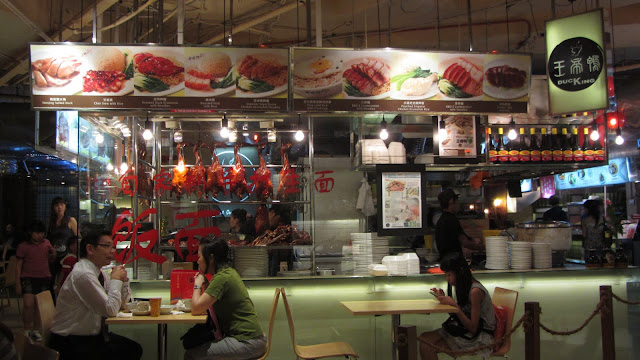 We really enjoyed the cheap Teppenyaki dinners along with the ever-present kaya toast with butter and tea tahrik. Yum! 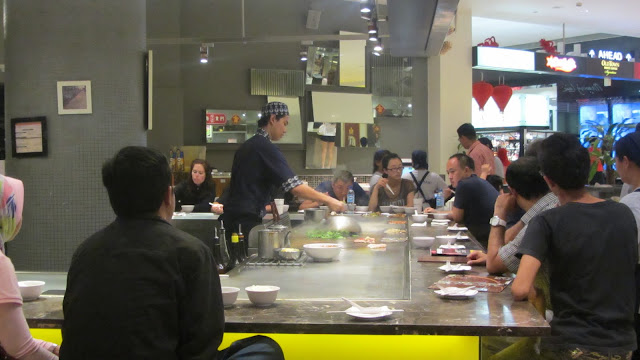 One of the most interesting places we ate at was the toilet restaurant (a trendy import from Taiwan), where everything is potty-themed. We sat on toilet seats while ordering food that all looked like bodily waste. While it sounds gross, it was actually a lot of fun and pretty tasty! 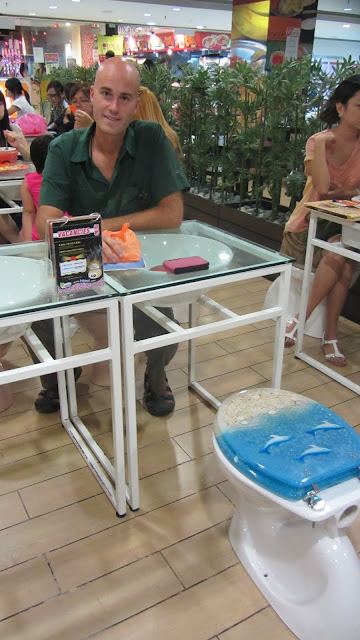 Luckily for us, we happened to be in Kuala Lumpur during one of the best parts of the year – Chinese New Year! 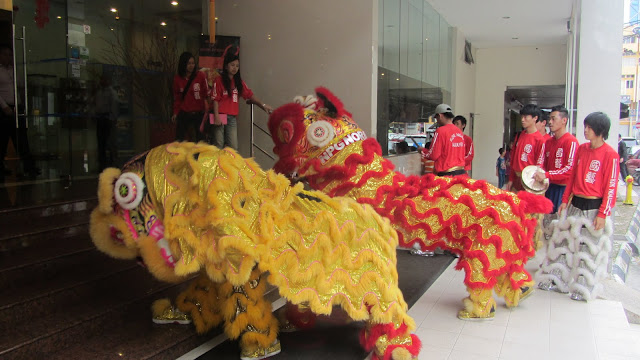 The local Chinese population goes all out for the festivities, with lots of fireworks, food, and dancing. 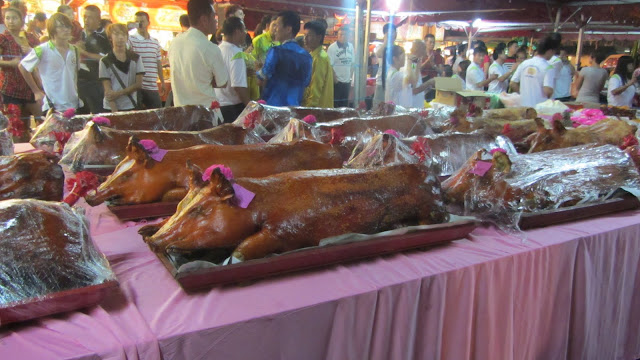 Even the malls get in the spirit with lavish decorations and cultural performances. 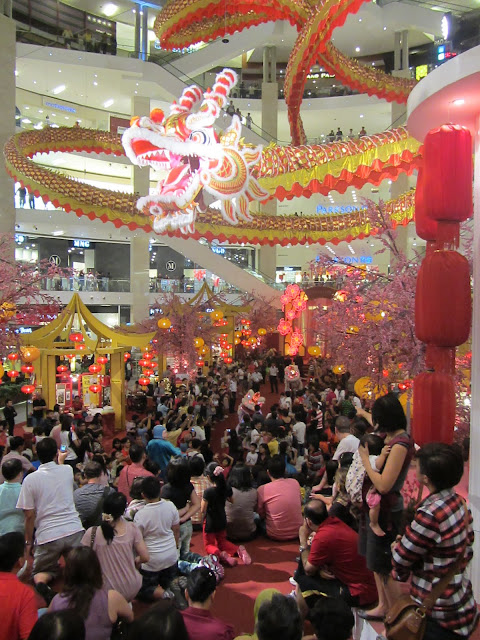 And on the chinese chicken-wing street, Jalan Alor, festivities were in full swing. Here, we saw a huge table of food and offerings. The streets were packed and tons of loud fireworks were being lit. 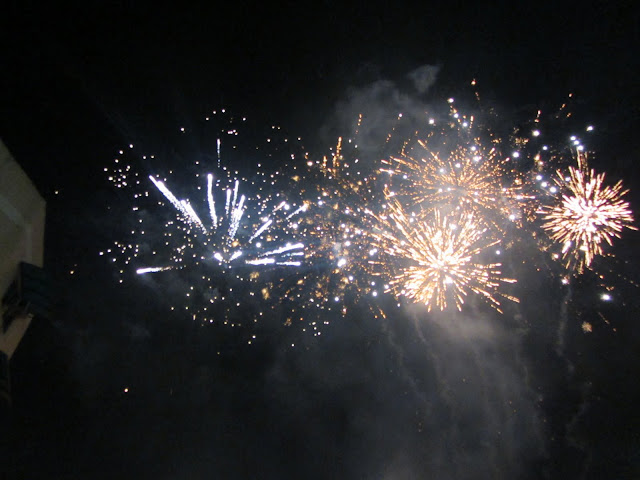 What a great re-introduction to Asia! With Thai visas in hand, we were ready to move on towards the border. But before crossing into the Land of Smiles, there was one final place in Malaysia we wanted to check out…