Macau is often called “The Las Vegas of Asia”, but unlike the original Sin City, Macau is more of a serious gamblers’ destination, lacking the raucous nightlife and entertainment. There are no Broadway shows here, no pool parties, and no real clubs or bars. Really, the only show in town is the aquatic Cirque du Soleil style show playing at the City of Dreams Casino, called House of Dancing Water.

Like Cirque’s “O” in Las Vegas, the House of Dancing Water show takes place in a specially-built theater. The audience sits in a circle around a 3.7 Million gallon pool, which contains a multifaceted stage that can be raised and lowered above and below the waterline. Here, the front rows are actually the cheap seats – you will get wet.

It’s no coincidence that House of Dancing Water (HODW) is compared to Cirque du Soleil – this Macau production was created and directed by Franco Dragone, one of Cirque’s original founders. Having seen a few Cirque shows, including the very similar “O” show in Las Vegas, comparisons are inevitable. We actually felt like House of Dancing Water was better. 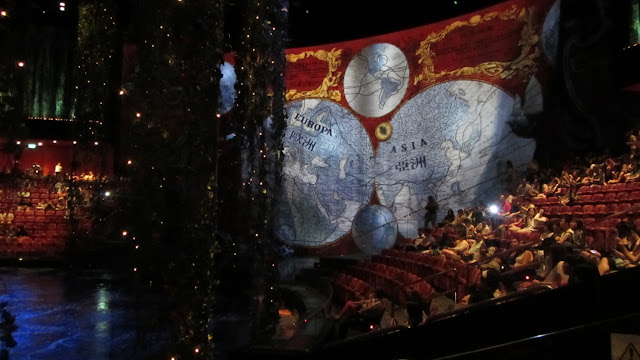 Tickets do not come cheap. We paid HK$ 680 (US$ 87) per ticket for mid-tier seats. Since the 2,000 seat theater is built with the audience “in the round”, there really are no bad seats here. And, while expensive, it was worth every penny.

The show was incredible, featuring a huge cast of divers, acrobats, and dancers. There were a lot of “oohs” and “aahs” as the performers flew across the stage, flipping and splashing into the water. 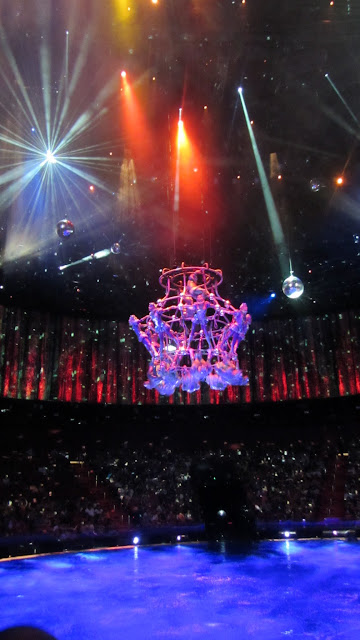 There is a storyline, but really it doesn’t matter. The beautiful and breathtaking feats of the cast are spellbinding. 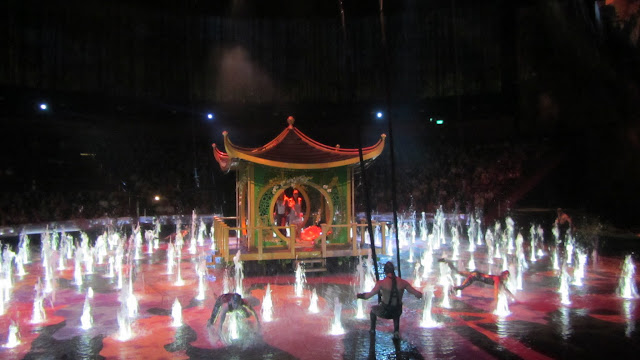 At points, we really did sit on the very edge of our seats – watching divers leap from high up in the rafters or motorcycle riders jump across the stage, narrowly missing each other midair. 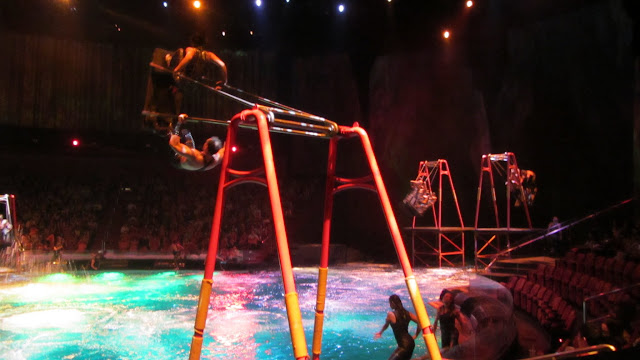 If you go to Macau – definitely check out the House of Dancing Water Show at City of Dreams. You won’t regret it!