We rolled into Melbourne after a four-day tour by rental car from Sydney. Before arriving, we booked a room at the Claremont Hostel in the fashionable South Yarra neighborhood. Once in the city, we quickly dropped off our bags at the hostel and rushed to return our rental car on time. Unfortunately, we made it to the rental agency a couple minutes too late, and they had already closed for the night. We motored back to South Yarra and found a spot on the street to park for the night, planning to return the car the next day.

That night, we met up with our friends Brian and Kourtney, who also happened to be in Melbourne and staying just around the corner at a different hotel in South Yarra. We joined them at their far flashier boutique hotel to sample some local wines and nibbles, before heading out for a pub dinner. 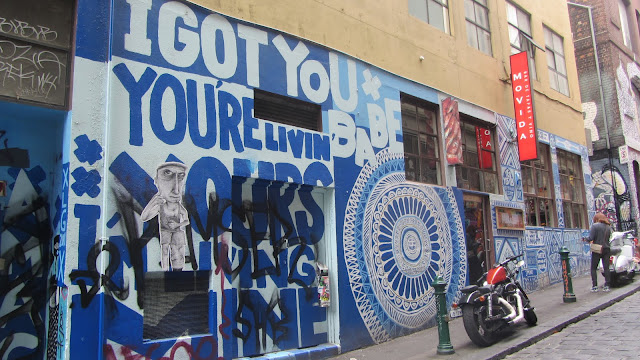 The next day we dropped off the car and took a tour of the city. Our first stop was the infamous Old Melbourne Gaol. This prison, which was in operation from 1845 through 1924, housed some of Australia’s most notorious criminals. 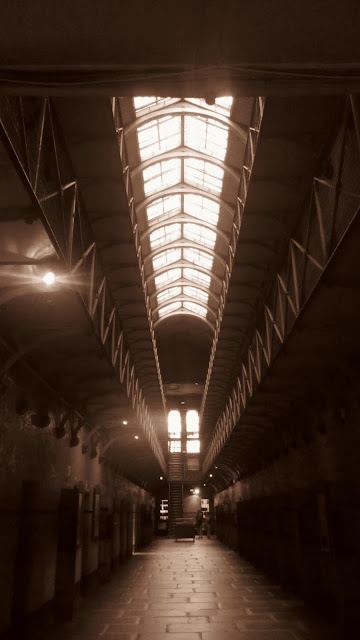 One of Old Melbourne Gaol’s most infamous inmates, the armor-wearing bushranger Ned Kelly, was hung here in 1880. 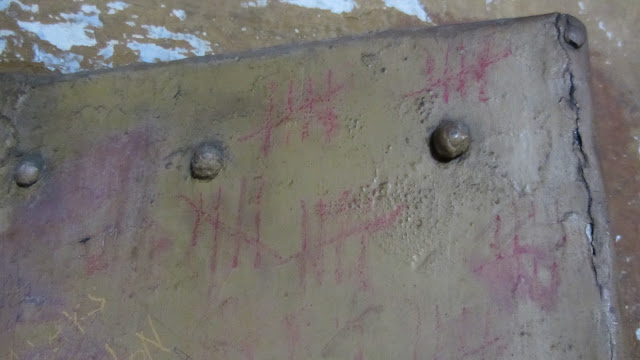 A total of 135 criminals were executed here and buried on the grounds. As is typical of these places, many cases of hauntings and paranormal activity have been reported. 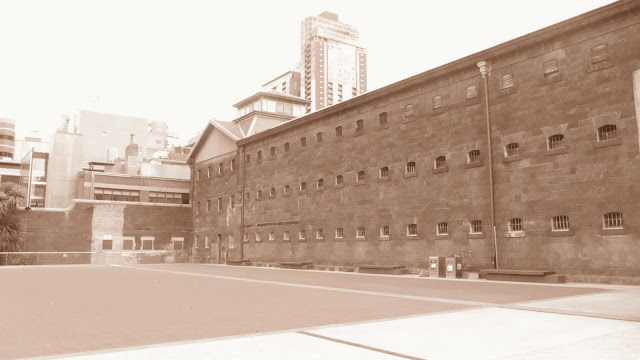 Our ticket included a guided tour of the neighboring City Watch House – Melbourne’s city jail which was in operation through the mid 1990s. This experience turned out to be fully “interactive” as we went through the simulated process of getting booked in by one of the jailers. 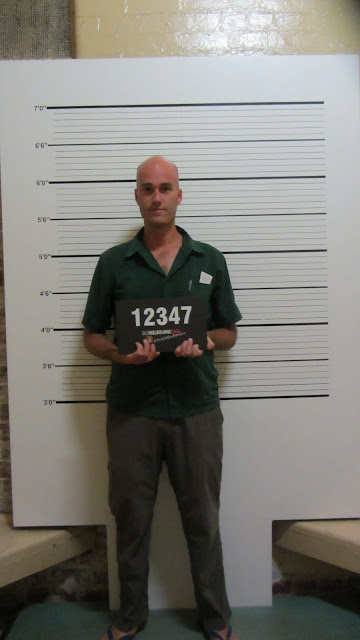 We had to state the crime we were accused of, told to strip (luckily, this be a simulation our clothes stayed on!) and tossed in a holding cell, with the door locked behind us. The jailer did a great job playing her part and she didn’t go easy on us. After what seemed like an eternity in the holding cell, some of the people on the tour started to worry that she had forgotten about us. At this point she announced “lights out” and suddenly we were in complete darkness. Eek! 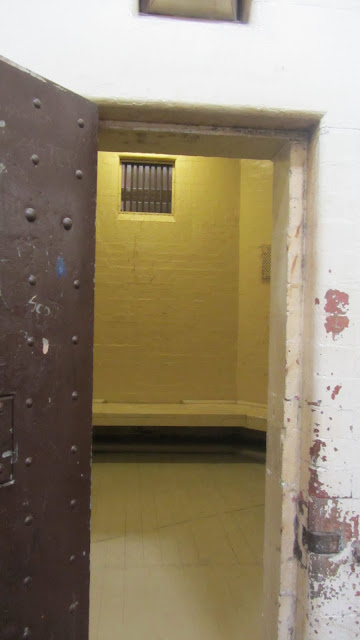 The fun wasn’t over yet in the Old Melbourne Gaol, as we had one more interactive experience to take part in – a historical reenactment of the Ned Kelly trial held in the very same courtroom in which he was sentenced to death. We volunteered to play some of the parts in the enactment, with Erik cast as a police constable and Heather as a witness. 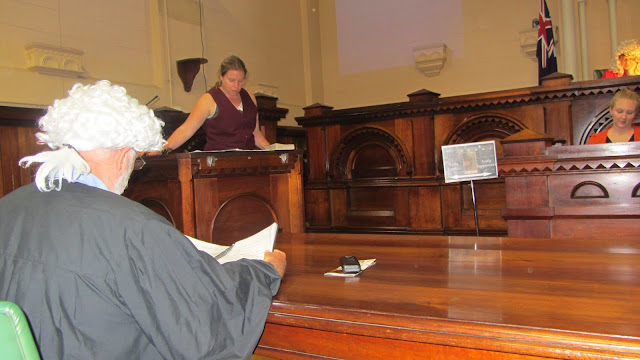 We had a blast performing in the courtroom drama, though the acting won’t be winning any Academy Awards and we didn’t try and put on Aussie accents. 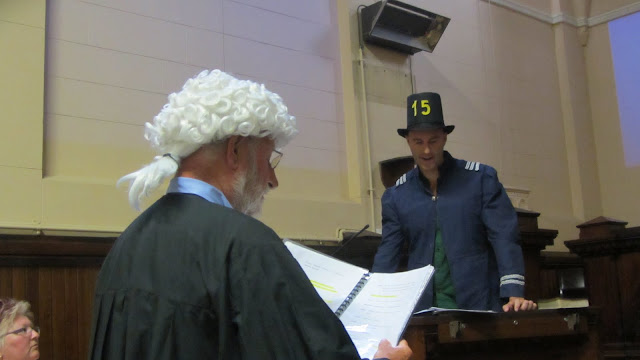 Finally, we were back on the streets of Melbourne and out of the Old Gaol. Time to see what else the city has to offer! We stopped by the famous Victoria Markets, with mouths drooling at all the yummy foodstuffs. 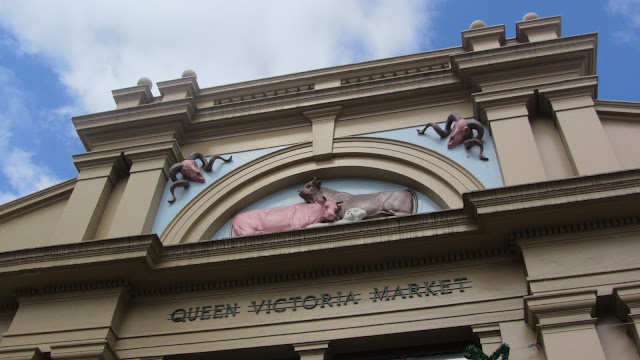 There were all sorts of sausages, pickles, meats, and more. Upon turning a corner into the lunch counter area, we stumbled upon a huge crowd of people jostling to buy a variety of Turkish Borek sandwiches. With stomachs rumbling, we decided to give it a shot and were impressed by the efficiency of the lunch counter ladies accepting money with one hand and distributing a never-ending stream of boreks with the other. Awesome! 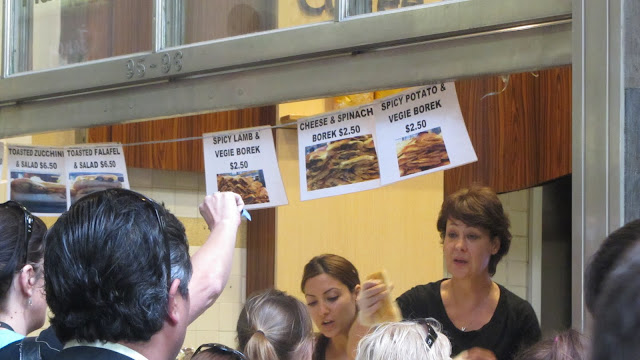 We left the markets and explored more of the city, taking advantage of the free tourist shuttle to get a good overview. 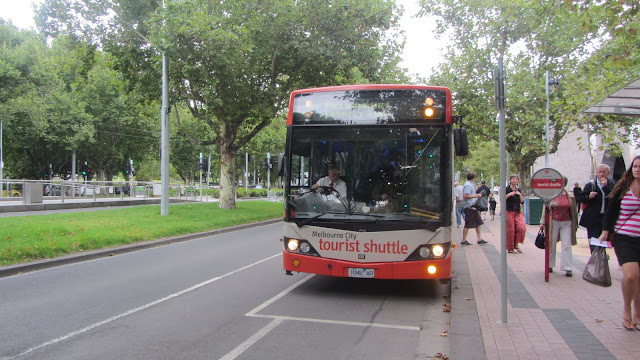 Along the way we stopped for lunch in the Italian neighborhood of Lygon Street, checked out the Royal Botanic Gardens and rode one of Melbourne’s famous trolley cars. 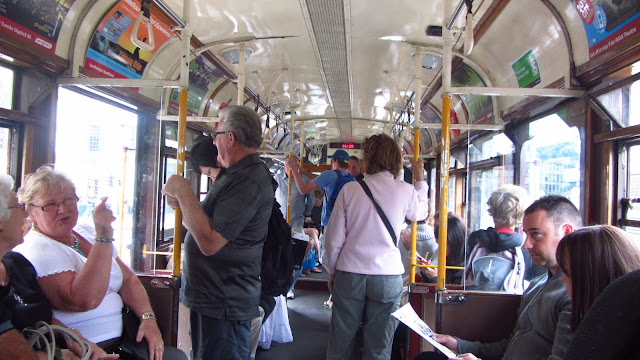 Finally, it was time to leave the city and set out on the Great Ocean Road with our Britz Campervan!