Our next stop in Nicaragua was to its fourth most populated city – the quaint and colonial city of Granada. After seeing this city in an episode of Househunters International, we had high hopes. When we were dropped off at night at Mochilas Hostel, we were less than thrilled. After the swarm of bugs in the lobby, our prison-like room with no windows and a huge mold stain on the wall next to the bed fully grossed us out. The next morning we promptly checked out and into the B&B-type Hotel Terrasol. Although a bit outside the backpacker budget at $40/night, its location, local artwork and pottery, cleanliness and other comforts made us feel at home. 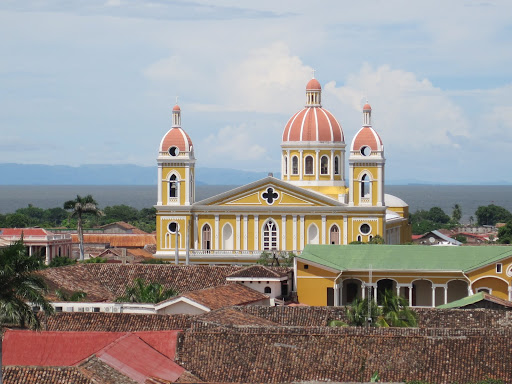 We explored the usual sites – the main square, the cathedral, the restaurant row of Granada – Calle la Calzada, and the now-deserted lakefront Malecon area for a view of Lake Nicaragua. A steep walk up the towers of the beautiful La Merced church, built in 1534, provided a spectacular view of the city and nearby Volcan Mombacho. 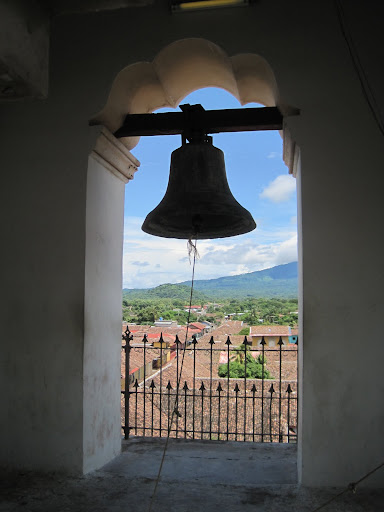 For a while, we’d been trying to figure out a way to receive a package while we are on the move – no easy task – case in point – Erik’s credit cards. So, when my Mom’s co-worker mentioned that she was on her way to visit family in Masaya, Nicaragua for a month, Mom tossed the few items into a small box and sent them along with Martha on her flight. Thanks to perfect timing and some old-fashioned good luck, Granada and Masaya are only 20 km apart! So we coordinated with Martha to arrange a visit at her family’s house so we could intercept the goods. It was so nice to meet her and her family, who were all so sweet, and enjoy some fresh homemade fruit juice on the porch while we chatted about our travels. Thank you, Martha! 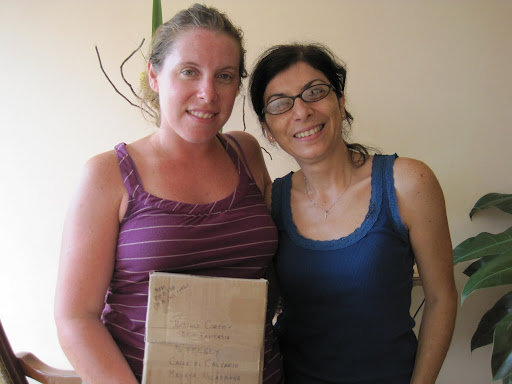 We combined the package pickup with a trip to the very active Volcan Masaya. After paying the extra few bucks for a park ranger to drive us up to the volcano zone, we got our first look at the steaming cone. Once there, we were glad we had sprung for it, after we heard it was a two hour walk in the hot sun. We marvelled at this smoking beast and climbed up its side and had a look in. 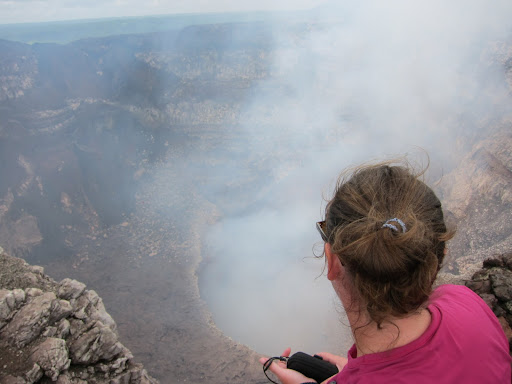 With the sulfury steam rising up from the crater, we were lucky enough to spot the resident green parakeets that return to the volcano to roost. These birds have somehow adapted to the sulfur smoke from the volcano and actually live within the crater.

A parking lot sits just a few meters from the steaming crater and a stairway leads visitors up to the highest viewpoint of the crater’s edge, atop which sits a huge cross, because the Spanish viewed this fiery mountain as “La Boca del Infierno” or “The Mouth of Hell” and placed the cross on the lip of the crater in the 16th century to exorcise the Devil. When Volcan Masaya had erupted in 2001, it showered ash and rocks on the nearby parked cars and up to 500m away. Although this was definitely the most touristy volcano we’d been to, it was very impressive nonetheless. 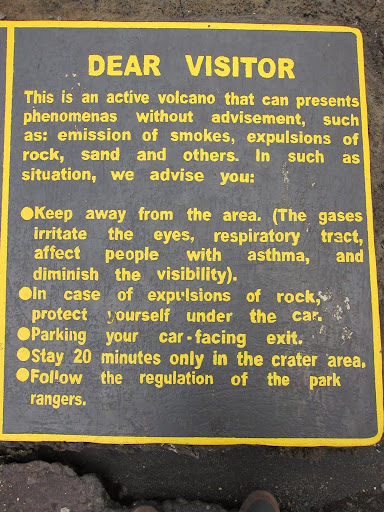 While in Granada, we also took a daytrip to Laguna de Apoyo. This beautiful blue lagoon was formed over 20,000 years ago, after a strong volcanic explosion left a hole 6km (3.7 miles) in diameter. Over time, subterranean and rainwaters filled the crater and the edge became covered by vegetation. To this day, it is still thought to be a sleeping volcano, with minor volcanic activity showing itself through hot springs in its interior. 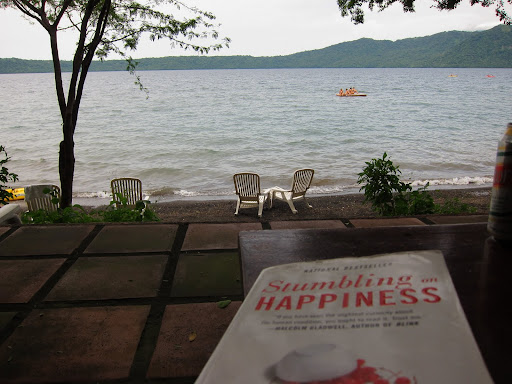 This place was simply divine (the photo above really does not do it justice). A lagoon with gorgeous deep turquoise water with perfect temperature water and very few fish or bugs (due to the high sulfur content of the water) made for a perfect day of relaxation, floating on an inner tube with beer in hand.

You can view all of our photos from Granada in the gallery.