Just a few hours north of Bogota, the colonial town of Villa de Leyva provides a relaxing getaway in a quaint setting that is like a step back in time.  Strict planning laws have outlawed all modern structures, leaving a perfectly preserved town of 4,000 inhabitants with beautiful Spanish colonial balconies, red tile roofs, churches, and squares.

We arrived as sun was setting, after a longer than expected day of travel from San Gil. After checking in to the small Hostel Sinduly, we set off with our travel mates Michele and Nirmal to explore the town.

Villa de Leyva has one of the largest open squares in South America, which seems somewhat out of place in a town so small. Unlike many central squares in Latin America, there are no trees, flowers, and park benches. Instead, it still matches the original open, empty design, with a small fountain in the center and a larger open expanse of nothing except cobblestones.  We enjoyed taking it all in from the balcony of La Terraza restaurant that first night, where they kindly whipped up a delicious set meal that was easy on our backpacker budgets. 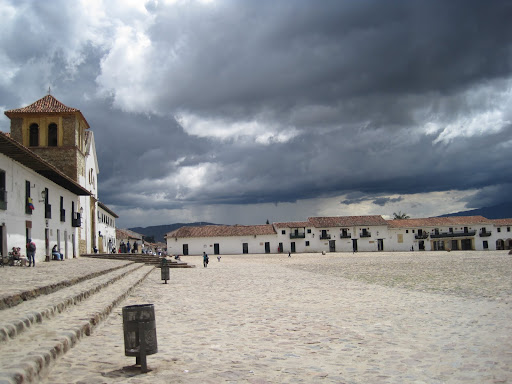 With not much kicking about in the way of nightlife, we bought a bottle of the local firewater (aguardiente) and headed back to the hostel. 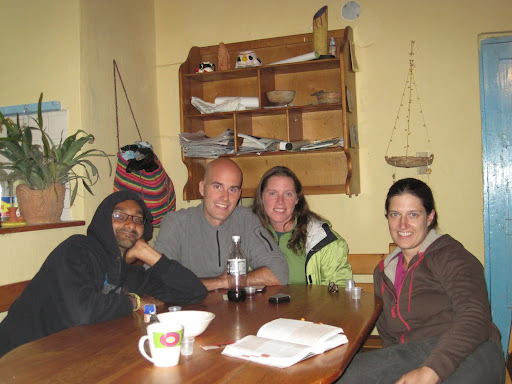 As Villa de Leyva is located in a high mountain valley of over 2,000 m (6,000 ft), it gets very cold at night. Heather and I went to bed wearing our hats and fleeces, fighting over the blankets trying to keep warm.

The next day we walked into the nearby hills, past a couple small waterfalls. 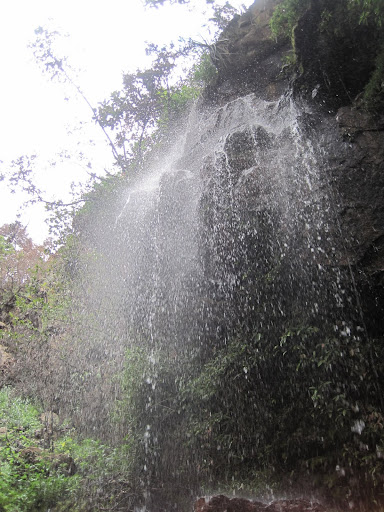 The hike provided excellent views of the town below. 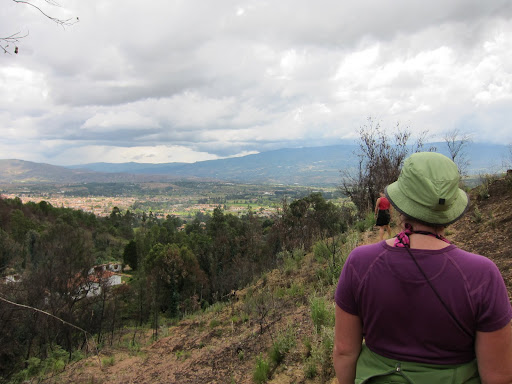 We spent the rest of our time in Villa de Leyva relaxing and planning the next leg of our travel to hectic Bogota. That night, more aguardiente was flowing as we laughed, chatted, and played cards back in the hostel’s kitchen. Michele would be traveling on with us to Bogota, but it was our last night with Nirmal, who had to return to Venezuela.

After two nights we were ready to move on from this quiet town, though sad to be saying goodbye to Nirmal. The next morning would be an early one, with a 5am bus to catch and once again we donned hats and fleeces to endure the cold, silent night.

5 thoughts on “A Step Back in Time – Villa de Leyva, Colombia”