After spending a day crossing the Hai Van Pass from Hue, we found ourselves in the pleasant town of Hoi An. With more than 2,000 years of history, and UNESCO world heritage status, this is one of the best preserved ancient port cities in Southeast Asia. As you would expect of such a place, almost every structure has now been converted into a hotel, restaurant, gallery, or shop. Their specialty seems to be tailor shops, of which there are hundreds lining the streets.

Despite all this, Hoi An is still worth a visit. And in addition to the traditional culture and heritage on display, the area also boasts fantastic food and some of Vietnam’s best beaches. 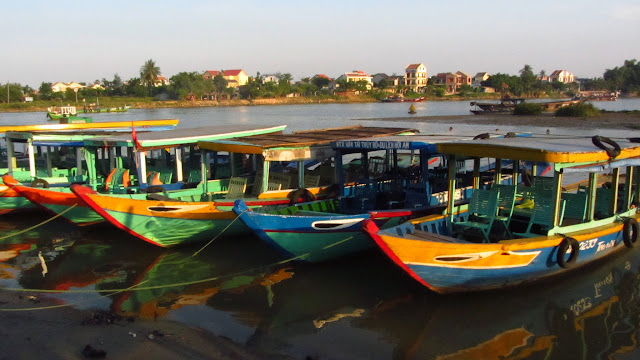 At one point Hoi An possessed the largest harbor in Southeast Asia, drawing merchants and residents from India, Japan, Europe, and, most notably, China. The Chinese influence is unmistakable, with old wooden shops, temples, and bamboo fishing nets still standing in the same position they’ve occupied for hundreds of years. 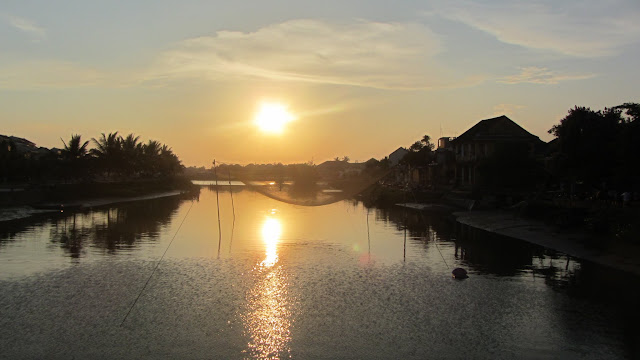 There are a few museums and cultural exhibits here, but the real magic comes in strolling around the narrow, pedestrianized streets at dusk, when local regulations prohibit that omnipresent Vietnamese nuisance – the motorbike. 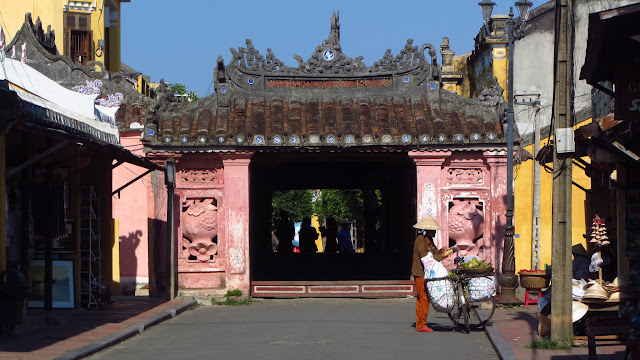 We enjoyed chilling out here, a world away from the manic energy found in the country’s big cities, like Hanoi. Most of all, though, we enjoyed the food. Among the specialties: the thick cao lầu noodles which supposedly are made with water from a special well somewhere in the city, “white rose” dumplings (banh bao vac) made with shrimp and prepared to resemble a rose, and “fresh beer” bia hoi at prices so cheap you would think it has got to be illegal (about USD $0.15 per glass). 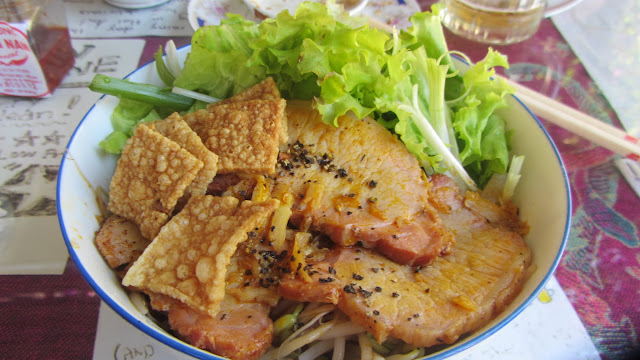 And so we ate, we drank, and we explored the city. And when we’d done enough of that we rented bicycles and made our way to the nearby beach An Bang beach, with swaying coconut palm trees, powdery white sand, warm turquoise water, and beachside seafood shacks. Paradise!

Enjoying this beach vibe, we decided to change our plans and head to another Vietnamese beach – Nha Trang…