After exploring the spellbinding caves of Waitomo, and spending the first night of our grand New Zealand roadtrip freezing in our cheap tent, we packed up and started making our way towards the town of Rotorua.

One of the wonderful things about having a car is the ability to make stops wherever we like. Along the way, we paid a visit to Kiwi House in Otorohanga to see the small nocturnal birds which New Zealanders name themselves after. We were ushered into a small, dimly-lit room, where we were able to see these cute little fat and flightless birds emerge for their daily feeding. Sadly, pictures were not allowed (the birds are very shy and sensitive to light). While they are a national symbol, Kiwi birds are one of the many endangered endemic fauna of New Zealand. Stoats, cats, and other introduced animals, along with habitat destrocution, threaten these funny little birds. 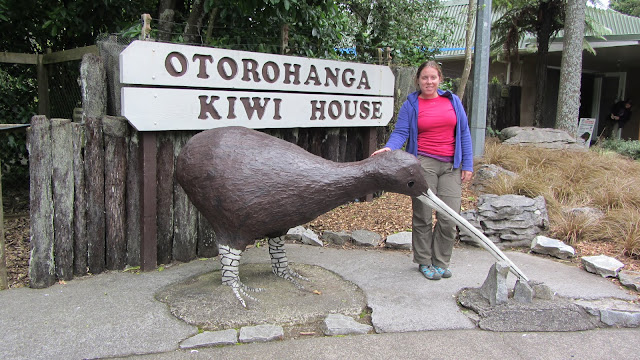 We picked up a few more supplies and continued the three hour journey to Rotorua. Not wanting to spend another night freezing in our tent, I decided to book a room at a hostel using hostelworld.com. It had been a cold, wet day and we were both wearing our warm fleece jackets. Upon arrival at Astray Backpackers, the owner let us know that unfortunately there was a glitch with his booking system and someone else had already taken our room. The good news was that he would upgrade us to the 2-bedroom suite for free. Sure does beat another night in that cold tent! After settling in, we took a stroll around town. Rotorua is one of the most active geothermal areas in New Zealand, dotted with bubbling mud pits, geysers, fumaroles, and hot springs. The entire town smells of sulfur and there are cases of steam shooting out of the roads and sidewalks. It really does feel as if the whole place could blow up at any moment! 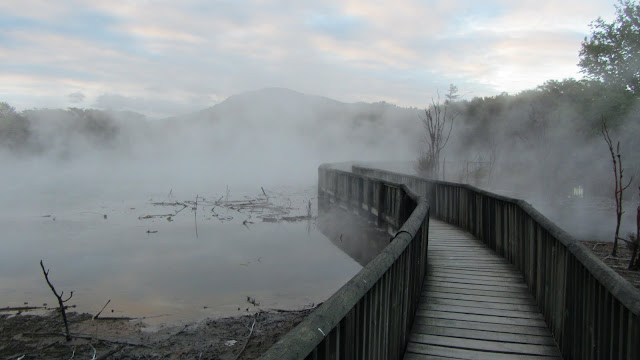 We explored the Kuirau Public Park near our hostel, which has a nice walking path around many intensive geothermal areas. It was a lot of fun watching all the bubbling, boiling, and hissing. Fences have been put up around the dangerous areas, but every once in a while a new vent opens up, so it’s important to stay alert. 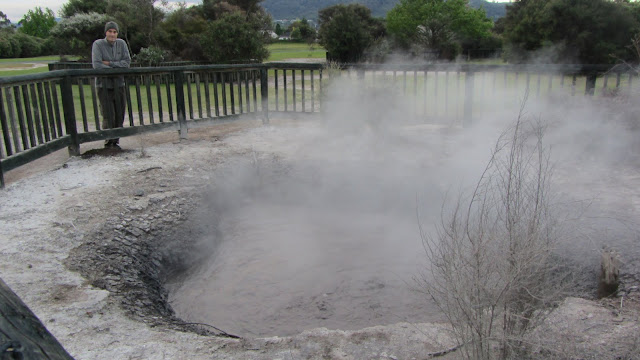 After a good night’s rest in a real bed, we set off the next day to visit more geothermal attractions. Our first stop was the Wai-O-Tapu Thermal Wonderland – one of the many geothermal parks found around Rotorua that was suggested to us by our hostel owner. 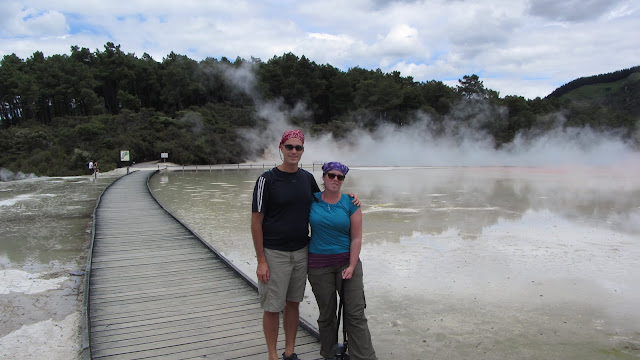 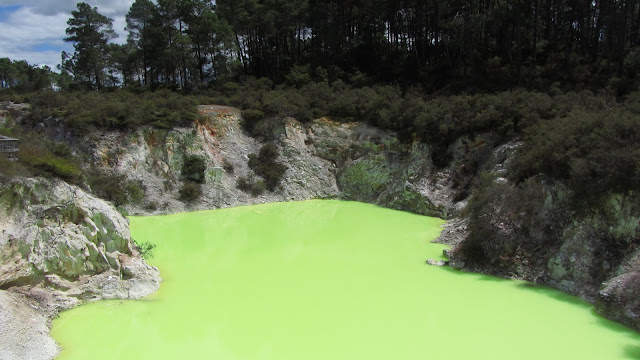 One of the main attractions of the park is the Lady Knox Geyser, which is made to erupt each day by dropping a bar of soap down its spout. Pretty impressive, even if it isn’t 100% natural. 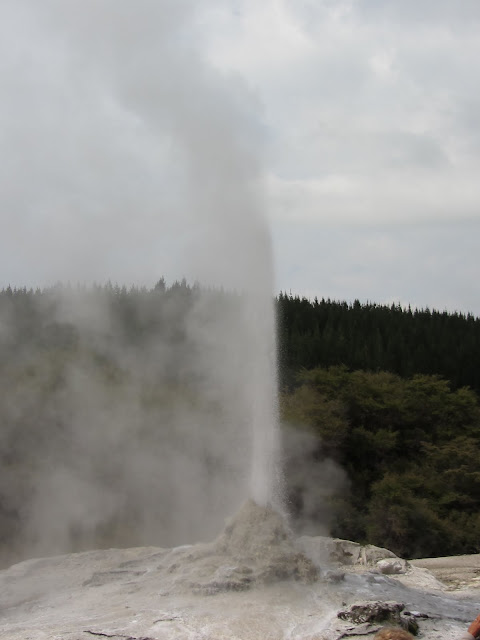 On a lark, we stopped by the nearby Waikite Valley Thermal Pools. These pools are fed by the adjacent Te Manaroa hot springs – New Zealand’s largest source of natural boiling water. We enjoyed relaxing in the beautiful pools, some with excellent views over the surrounding countryside. It’s a pretty good deal at just $14 NZD entry. 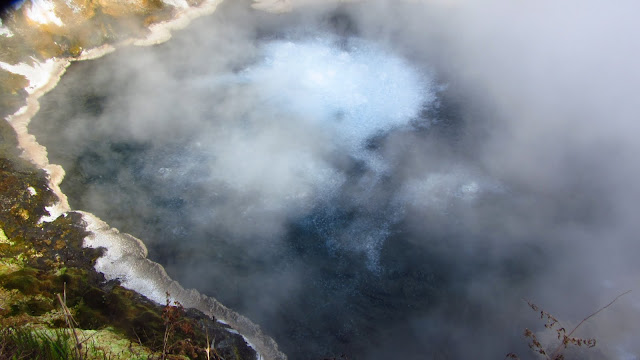 After two nights, we were ready to leave Rotorua, but still had more geothermal sights to explore on our way to Lake Taupo…