Our last day in Huacachina, we booked two tours – one in the morning to the Ballestas Islands and an afternoon tour to some vineyards to taste Peru’s famous Pisco. We were picked up at 6:30am and taken to the port in Paracas National Park. These islands are supposed to be full of wildlife – birds, sea lions, penguins. We took some photos of the many pelicans lining the shore near the pier. We boarded a huge speedboat that would take us around the islands.

As we pulled out of the main port, we were very lucky to see dolphins jumping out of the water. There were many of them and seeing them is always exciting. 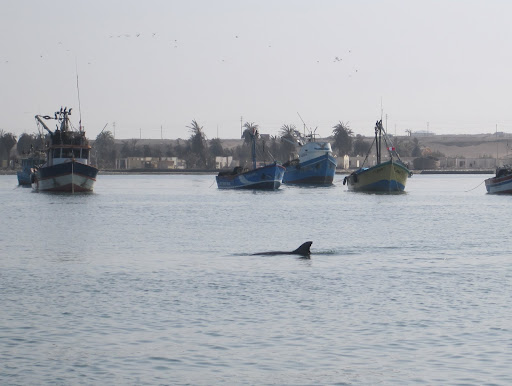 It was very cold out on the water. Our first stop was to view the famous Paracas Candelabra. This etching of a candelabra on the side of the mountain is somewhat of a mystery and mimics the famous Nasca Lines. 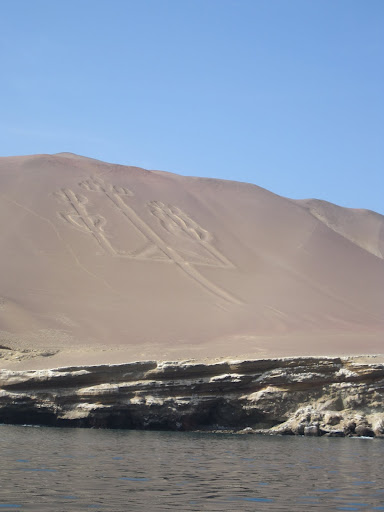 Erik had originally wanted to visit the Nasca Lines and view them from above by plane. But after my Dad told us about a fatal accident just a month ago where 5 British tourists were killed, Erik did some more research and decided it was too dangerous. Since he has flown small planes, he was looking forward to this. But, it seems safety in Nasca is of little concern. Old planes are flown very low (500ft above ground) with small amounts of gas, engines cut out while making sharp turns, sand gets in the engines – it’s just a recipe for disaster as evidenced by the many fatal accidents that have occurred over the years.

We finally got our first glimpse of the islands. It instantly reminded us of our beloved Galapagos Islands. Tons of birds flying overhead and beautiful rock islands jutting out of the sea. 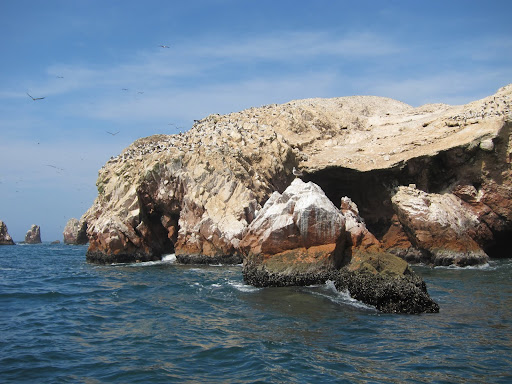 We saw a few adorable penguins waddling down to the water to catch some fish. Pelicans covered one small island. Then, we were happy to see our old friends – sea lions once again. They weren’t quite as friendly as the Galapagos sea lions and spent most of their time sunning themselves on rocks or small stretches of beach. 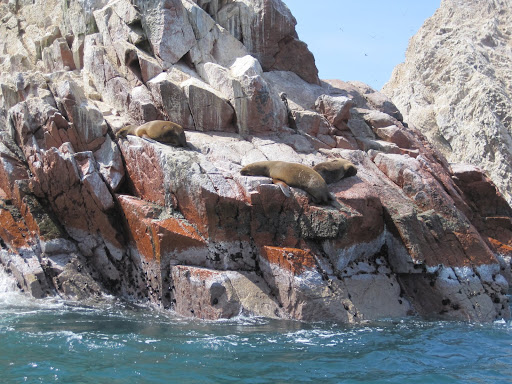 While we saw many animals, we only spent about 45 minutes circling the islands. It was far too short for us and as we sped away on the boat, we agreed this was no replacement for the Galapagos and were so glad we were lucky enough to have seen the real thing. 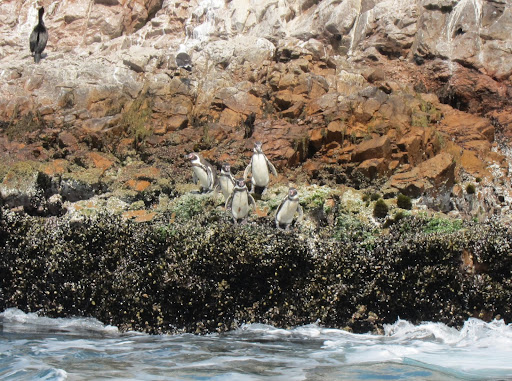 After the long trip back to Huacachina, we grabbed a quick nap and headed out to our Pisco tour. Pisco is a type of liquor distilled from grapes and is well-known for being produced in Ica, Peru. It is named for the conical clay pots it is stored in – piscos. Our first visit was to a very old Pisco bodega. It was very dusty and covered with old stuffed wild animals and cracked framed artwork. We tasted a few strong piscos, which were ok, but I questioned the cleanliness of the place. 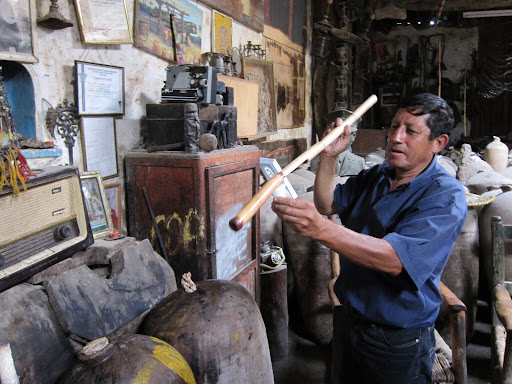 Then we went to the famous Bodega El Catador. It seemed quite fancy and had a restaurant and an array of highly priced bottles of Pisco for sale. We were taken on a tour and got to see the vines of grapes, the old manual tools and vats they used to use which have now been replaced by modern machinery. We had missed the annual grape-stomping festival which they still hold on the grounds. 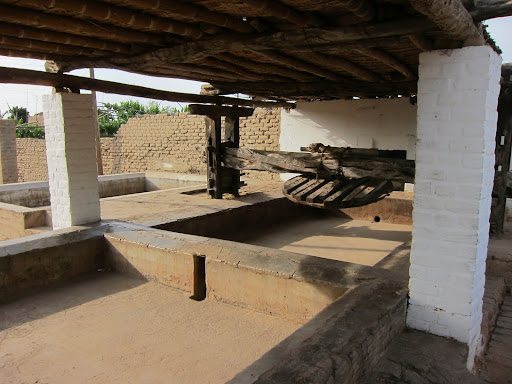 Finally, it was time for the tasting. Our funny guide poured us full shots of each type, helping himself to a few along the way. Some were sweet, some tart and some very strong. The tour was interesting, but we left with our heads spinning.